Orange a bittersweet reminder of exiled Duke Of Marmalade

Time for breeders to show they can think Big 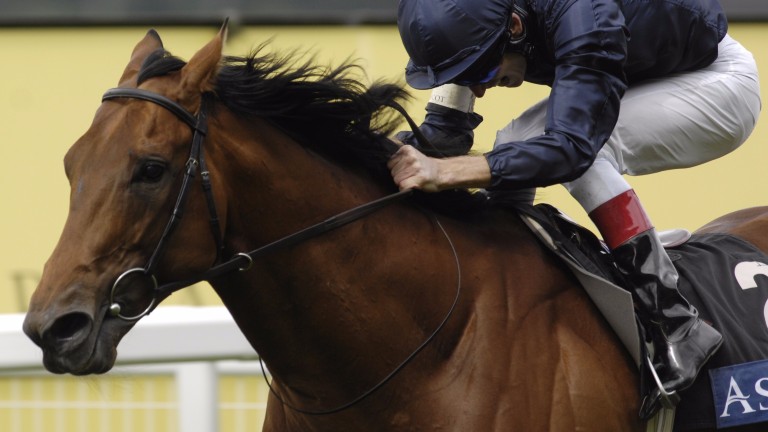 Now that's what you call duking it out. Gloves off, no holds barred. And, judging from the euphoric reception for his lionhearted performance in the Gold Cup at Ascot on Thursday, Big Orange has everything any rational thoroughbred breeder should hope to engender in a foal: courage, class, constitution, charisma. Yet his sire - thanks to the witless prejudices of the sales ring - has been forced into exile to find due recognition for these assets.

Duke Of Marmalade's first crop of two-year-olds, in 2012, put him seventh in the rookie sires' table - just like another Coolmore newcomer, Galileo, a few years previously. Neither could be sensibly expected to produce a Brocklesby winner, after all. The Duke's five consecutive Group 1 wins had come as a four-year-old, including one - in the King George VI & Queen Elizabeth Stakes - at a mile and a half. Nonetheless there was a rank panic among the bloodstock professionals.

His European yearlings that autumn - conceived at a fee of €30,000, already slashed from €40,000 - achieved a median of 21,000gns and he was sent only 30 mares the following spring, even at €12,500. By May 2014 it was announced that he was on his way to Drakenstein Stud, making way at Coolmore for his incoming half-brother Ruler Of The World.

But it soon became evident that Duke Of Marmalade had been written off with culpable haste. As both a second- and third-crop sire, he dominated New Approach and his other European peers when ranked by stakes winners. Then, even as he settled into his new home in South Africa, his four-year-old son Big Orange came of age with breakthrough Group wins in the Princess of Wales’s Stakes and Goodwood Cup. And that same 2015 campaign would ultimately be decorated by no fewer than four European Classic winners: Simple Verse in the St Leger; Star Of Seville in the Prix de Diane; Nutan, by five lengths, in the German Derby; and Sound Of Freedom, in the Italian 1,000 Guineas.

From the final crop of Danehill, that outstanding sire of sires, Duke Of Marmalade was always eligible to excel at stud. The lustre of his maternal family can be judged from the fact that his dam, Love Me True, cost $1.35 million as a yearling. Though it ultimately took her 11 starts to break her maiden, she shared a granddam with A.P. Indy - the blue hen Lassie Dear - and also numbered Lemon Drop Kid and Summer Squall among several other stallions in the dynasty.

Moreover the wariness of commercial breeders, on account of his late bloom, took no account of the fact that Duke Of Marmalade was only beaten a neck, at two, over the sharp seven furlongs of the Vintage Stakes at Goodwood - despite fracturing a pastern in the process. And it may well be that the removal of screws, from the resulting surgery, contributed to the way he stepped up from three to four.

Even as it was, Excellent Art only just collared him in the St James’s Palace Stakes. Back at the royal meeting 12 months later, again on fast ground, he stormed four lengths clear in the Prince of Wales’s Stakes. This is hardly the profile of some dour plodder. The fact that he should have become associated with stamina - even more fatal to a young sire, it would seem, than soundness or courage - reflects the self-fulfilling nature of the books he assembled. 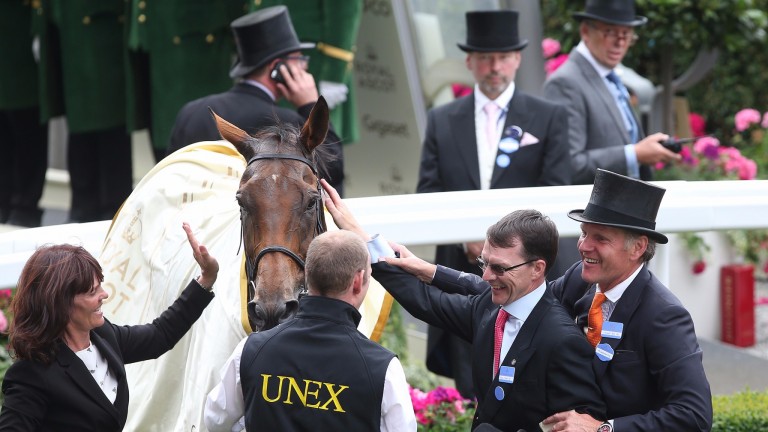 Even Aidan O'Brien - who trained the horse's sire, Duke Of Marmalade - cannot hide his admiration for Big Orange despite saddling the narrow runner-up on Wednesday
CAROLINE NORRIS

Among his European partners, the damsires who recur most are Darshaan, In The Wings and Royal Academy with five daughters apiece; Montjeu and Indian Ridge with six; Linamix with seven; Galileo with 13; and Sadler’s Wells with no fewer than 30. Taken as a whole, that represents a pretty self-fulfilling formula.

Big Orange's own dam is a modest mile winner by Fasliyev out of Almaaseh, a daughter of two champions in Dancing Brave and Al Bahathri. Almaaseh, duly a half-sister to Haafhd, has produced animals of a very varied kidney, according to their sires: the Molecomb winner Almaty, by Dancing Dissident; Military Attack, the Hong Kong champion at 10f, by Oratorio; and, by Peintre Celebre, the dam of Red Cadeaux.

With another top-class stayer so close in the family tree, perhaps Duke Of Marmalade was again sowing fairly fertile ground in terms of stamina. Perhaps breeders could belatedly give him principal credit, instead, for the mental and physical strength of his fifth Group 1 winner. But that kind of thing is plainly no use to anybody.

FIRST PUBLISHED 6:00PM, JUN 23 2017
That same 2015 campaign would ultimately be decorated by no fewer than four European Classic winners