Opportunity knocks: a look at the names behind the 1,000 Guineas field 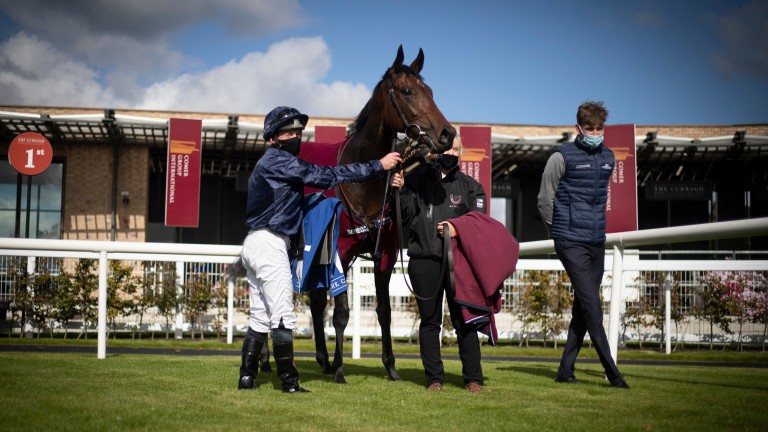 Santa Barbara: 1,000 Guineas favourite is a daughter of Camelot and out of the Danehill mare Senta's Dream, dam of Order Of Australia and Iridessa
Patrick McCann
1 of 1
By Kitty Trice UPDATED 4:08PM, MAY 2 2021

Although Sunday's Qipco 1,000 Guineas Stakes has a very hot favourite in the once-raced Santa Barbara, it has an otherwise open feel which extends to the pedigrees of almost every runner in the race, each of which has a different sire. A major Classic opportunity will be taken by whichever filly crosses the line first at just after 3.40pm.

The daughter of Camelot has long been a talking horse since her easy maiden success at the Curragh last September and her pedigree immediately stands out as one of a potential Classic winner.

By a sire who has produced Irish Derby and Oaks winners in Latrobe and Even So - although he has yet to produce a Group 1-winning older miler - she is out of the unraced Danehill mare Senta's Dream and therefore a half-sister to multiple top-level victress Iridessa, a daughter of Ruler Of The World, and last November's shock Breeders' Cup mile victor Order Of Australia, a son of Australia.

Senta's Dream, who belongs to Aidan O'Brien and family's Whisperview Bloodstock operation, is herself out of a Breeders' Cup winner in Filly & Mare Turf heroine Starine, a dual Grade 1 scorer for the late Bobby Frankel.

Cheveley Park's homebred is out of a renowned speed influence in the great Exceed And Excel, but her dam is a half-sister to three black-type performers over at least a mile, including Lady Eli, a multiple Grade 1 winner for Chad Brown from a mile to a mile and a quarter. 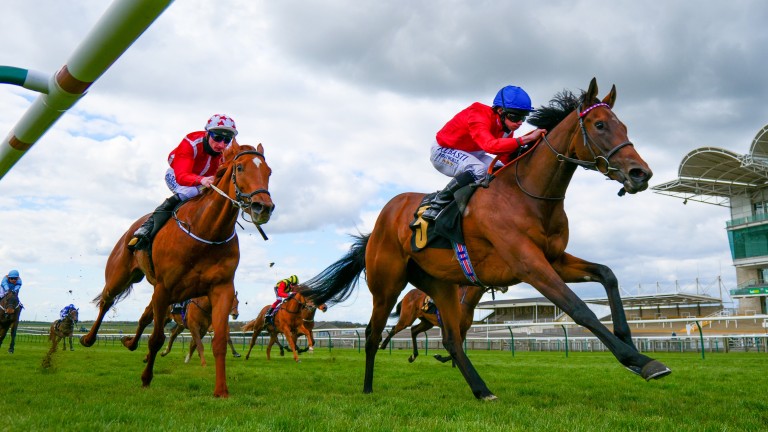 Sacred: by Exceed And Excel but out of a half-sister to Lady Eli, a multiple Grade 1 winner over a mile and a quarter
Mark Cranham

She is the first foal of Sacre Caroline, a 300,000gns purchase by Cheveley Park at the Tattersalls December Sale.

The Blame mare won a minor race over an extended mile and a half in a brief career in France, which provides a little more optimism regarding Sacred's stamina prospects. Her dam won over an extended mile on turf in the US and is a half-sister to juvenile Grade 2 scorer Changing Ways, who produced several offspring who had black-type form over around a mile.

By No Nay Never, a top-class performer who struck in the Norfolk Stakes and Prix Morny at two before a fine second in the Breeders' Cup Turf Sprint at three, last season's Cheveley Park Stakes winner heads to the Guineas with a small question mark regarding her stamina for a mile.

Coolmore's high-flying sire did produce last year's 2,000 Guineas runner-up in Wichita, who lost out by a neck to Kameko, although his two European Group 1 winners both struck over six furlongs (Middle Park and July Cup hero Ten Sovereigns was a non-staying fifth in the 2019 Guineas).

Her dam, the seven-furlong winning Hard Spun mare Plying, has produced a Listed winner over a mile and a furlong in Alexander James, although he is by the more redoubtable stamina influence in Camelot.

Last season's Fillies' Mile third and Breeders' Cup Juvenile Fillies Turf runner-up was a €150,000 purchase from Whitehall Stud at the 2019 Goffs Orby Sale and would be a poignant winner for her late sire, Zoffany, who died as a result of liver failure in January.

Zoffany is still seeking a major European Classic winner - he is the sire of several German Guineas scorers - with the biggest two of his three Group 1s to date having come from juveniles Thunder Moon (National Stakes winner) and Albigna (Prix Marcel Boussac).

A half-sister to Night Colours, a daughter of Night Of Thunder who landed the Group 2 Premio Dormello over a mile as a juvenile for Simon Crisford, she is out of a mare who was a solid stakes performer for Godolphin at around the same trip.

One of two individual Group winners for Ballylinch Stud's exciting second-season sire New Bay, Saffron Beach won both her starts over seven furlongs at two, namely a maiden and then the Group 3 Oh So Sharp Stakes.

Her trainer has recently maintained the step up to a mile should suit the chestnut - and possibly even further in time. 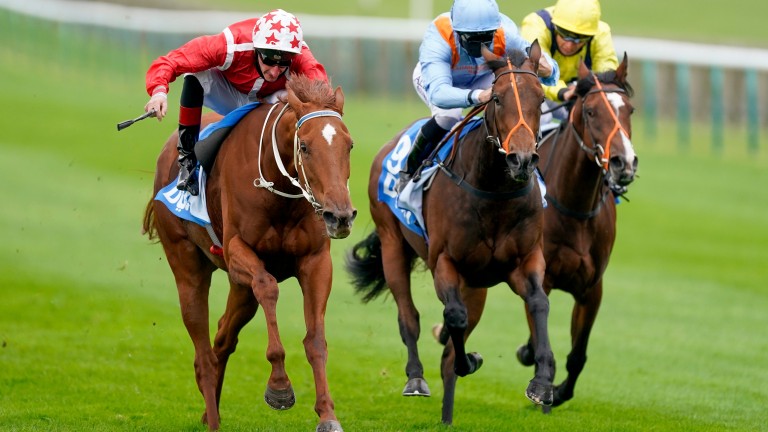 Her dam, by Raven's Pass, won over seven furlongs and was second over a mile, as well as being a half-sister to Middle Park Stakes third Huntdown - by Elusive Quality - and a multiple winning miler in Vainglory, who had a stamina influence from his sire, the top-class middle-distance performer Swain.

Narrowly denied by Alcohol Free in the Fred Darling at Newbury, the daughter of Lawman shaped as though a mile should be within her comfort zone, and her breeding suggests similar.

Her reliable sire, who has produced an Irish 1,000 Guineas heroine in Just The Judge as well as St Leger scorer Harbour Law, won the Prix Jean Prat when it was held over a mile, and the Prix du Jockey Club, while her dam was stakes-placed up to a mile and six furlongs, including when second to Order Of St George in the 2016 Saval Beg Stakes.

The first foal out of the daughter of Lope De Vega and a Ballylinch homebred, the Martyn Meade-trained filly could possibly want even further than a mile in time.

By a precocious sire in Prix Robert Papin and Flying Childers winner Gutaifan, Fev Rover was a consistent performer in Group company last year and seemed to thrive stepping up to seven furlongs when winning the Prix du Calvados on soft ground.

Fourth in a messy Prix Marcel Boussac, the filly is the third foal out of Laurelita, a daughter of dual Derby hero High Chaparral and a close relation to winning miler Zeyran.

Fev Rover is a half-sister to a mile winner in Bill The Butcher, a gelded son of Starspangledbanner and has already proved an outstanding buy by Nick Bradley racing, having been a £20,000 purchase from Manister House Stud at the Goffs UK Premier Yearling Sale.

Thunder Beauty was well-tried on her final starts at two but the pedigree suggests the daughter of Night Of Thunder should flourish at three. 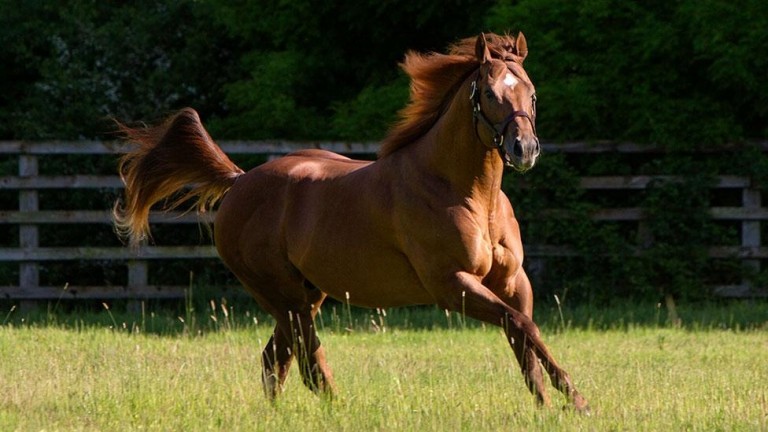 By the 2014 2,000 Guineas winner, the three-year-old is out the Dansili mare Quiania and is a half-sister to Quita, both of whom had solid midde-distance form in Germany.

The €42,000 Tattersalls Ireland yearling purchase hails from the family of German 1,000 Guineas victress Quebrada, so the Guineas mile should not pose too much of a challenge.

By the top-class Australian sprinter Brazen Beau and out of the placed Shamardal mare Her Honour, Vadream is a half-sister to Due Diligence's Mirage Hero, a stakes-placed winner over an extended six furlongs.

Only two and a quarter lengths behind the protagonists in the Fred Darling, she got up close home for third and shaped encouragingly as regards the step up to a mile. 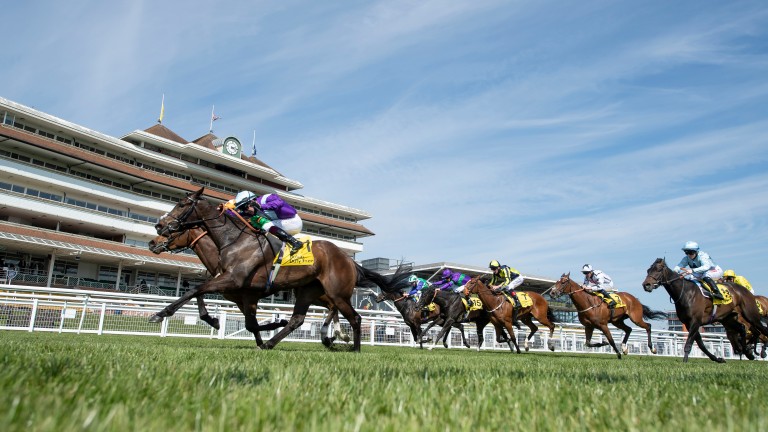 It is interesting to note Her Honour is out of a half-sister to the Aga Khan's Hazarista, a daughter of top-class miler Barathea and third in both the Irish and Yorkshire Oaks, as well as Derby winner Harzand's dam, Hazariya.

A shrewd €3,500 purchase by Robson Aguiar when selling at the Goffs Sportsman's Sale as a yearling, Star Of Emaraaty is now in the world-renowned colours of Teruya Yoshida after her rise for the Ontoawinner syndicate.

She has plenty of experience at HQ's two tracks having won the Sweet Solera on the July Course and finished seventh to Pretty Gorgeous in the Fillies' Mile.

The daughter of Blue Diamond and Inglis Sires Stakes scorer Pride Of Dubai, a former Coolmore shuttler still in the early stages of his career, she is the fourth foal out of La Grande Elisa, a daughter of Queen Anne and Middle Park victor Ad Valorem and a half-sister to the top-class miler and Juddmonte International scorer Rip Van Winkle.

The second runner to sport the familiar colours of Jeff Smith alongside Alcohol Free, the Fastnet Rock-sired Seattle Rock comes into the Classic as a maiden, albeit with placed efforts in the Sweet Solera and Prestige Stakes.

Her sire needs no introduction as a top-class sprinter in Australia capable of producing winners over a variety of distances, while her dam - a daughter of Montjeu - was a Listed winner and Group-placed from a mile to a mile and a half.

Seattle Rock is a half-sister to two winners over seven furlongs, while her dam is a sister to Snoqualmie Boy, a Listed winner over a mile and a quarter for David Elsworth.

FIRST PUBLISHED 8:04AM, MAY 2 2021
She would be a poignant winner for her late sire, Zoffany, who died as a result of liver failure in January