Oppenheimer breeding in the limelight as Dame Malliot wins Group 2

Filly hails from the further family of Cracksman and Golden Horn 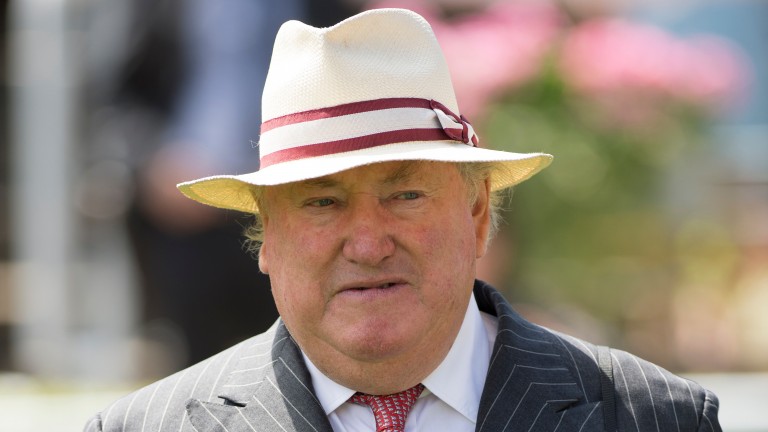 Dame Malliot's win in the Group 2 Prix de Pomone at Deauville on Saturday - in which she just got up on the line to deny the Deep Impact filly Love So Deep - represented the latest big-race success for an Anthony Oppenheimer homebred.

Oppenheimer purchased the filly's fifth dam Lora for 28,000gns as a yearling in 1973 and has reaped the rewards ever since, with his top-level winners Cracksman, Golden Horn and Rebecca Sharp all tracing back to her.

Dame Malliot was bred by Oppenheimer out of the Galileo mare Stars In Your Eyes, a daughter of the Cheshire Oaks third Apache Star, the mother of three stakes performers including the Dante Stakes third Coordinated Cut.

Apache Star is out of the unraced Wild Pavane, whose winning dam Loralane is the granddam of Rebecca Sharp and third dam of Golden Horn.

Lora, the dam of Loralane, was out of an unraced twin named Courtessa, whose dam Tessa Gillian finished second to Happy Laughter in the 1,000 Guineas of 1953.

Dame Malliot's win also paid tribute to her sire Champs Elysees, who died of a heart attack last December at the age of 15, with the son of Danehill having stood seven seasons at Banstead Manor Stud before relocating to Castle Hyde Stud in 2017.

Stars In Your Eyes' two-year-old Poet's Voice colt was sold by Malcolm Bastard for 20,000gns to Rabbah Bloodstock at this year's Tattersalls Craven Breeze-Up Sale.

The mare also has a January-foaled Lawman colt and was covered by Kodiac this year.

FIRST PUBLISHED 3:59PM, AUG 18 2019
Dame Malliot was bred by Oppenheimer out of the Galileo mare Stars In Your Eyes, a daughter of the Cheshire Oaks third Apache Star