One For Arthur - how the Grand National winner was bred

Aintree hero is by Milan, a fine source of staying chasers 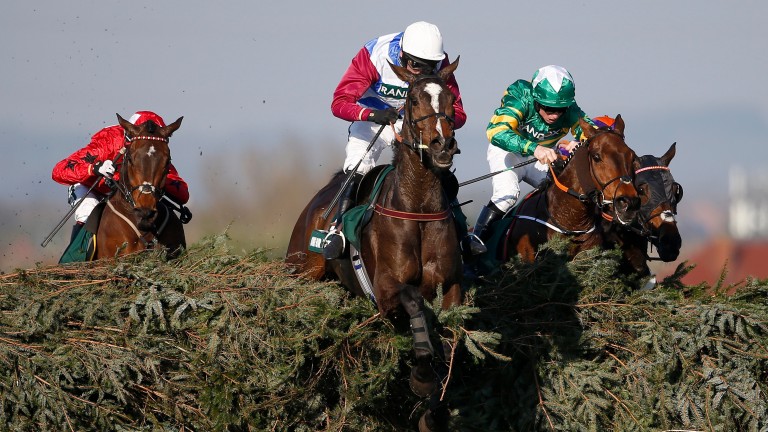 One For Arthur: hails from a maternal family better known for its achievements on the Flat
Alan Crowhurst
1 of 1
By Martin Stevens 8:43PM, APR 8 2017

One For Arthur, who won the Grand National for trainer Lucinda Russell and owners Two Golf Widows at Aintree on Saturday, is a son of a stallion who does a fine line in staying chasers but is from a maternal family best known for its Flat runners, including the odd sprinter.

The eight-year-old is by Milan, winner of the Great Voltigeur Stakes and St Leger, and runner-up to Fantastic Light in the Breeders' Cup Turf, for Aidan O'Brien and the Coolmore partners in 2001.

The sire, a son of the mighty Sadler's Wells, stands under the Coolmore National Hunt banner at Grange Stud in County Cork at a fee of €7,500.

Milan has shown before that he is a dab hand with a National type, as Mountainous landed the Welsh National twice, Double Seven was third to Pineau De Re in the 2014 Grand National and Milansbar and One In A Milan have both finished placed in the Midlands Grand National.

It was breeder John Dwan who chose Milan as the stallion to cover his Trempolino mare Nonnetia in 2008 to produce One For Arthur.

Nonnetia, a winner over hurdles in France, was bought by Dwan in a private deal after she was led out of the ring unsold at just €3,000 at the Goffs France Summer Sale in 2006.

She is a half-sister to two winners out of the Persian Bold mare Wavy Kris, a winner in Spain, and has also produced hurdles winners Forza Milan and Ritual Of Senses, both by Milan and so full-brothers to One For Arthur.

Wavy Kris was a half-sister to Wavy Run, winner of the Group 3 Prix Edmond Blanc in France and later the Grade 2 San Francisco Mile Handicap in the US, and to Agnus, a foundation mare for Philippa Cooper's Normandie Stud and the granddam of Cooper's high-class stayers Duncan, Gretchen and Samuel.

Wavy Kris, Wavy Run and Agnus were in turn out of Wavy Reef, a half-sister to Sun Chariot Stakes heroine Talented, the dam of the Queen's Dante Stakes winner and Derby third Carlton House, and to Swift Chorus, the dam of Group 3-winning sprinter Presto Shinko.

To underline how distinguished this family has been on the Flat down the decades, the seventh dam of One For Arthur, Meadow Song, was a half-sister to 1954 Derby winner Never Say Die.

Back to the future, Nonnetia has a three-year-old son by Arakan, no two-year-old but a yearling filly by Yeats. She has been scanned in foal to Kayf Tara this year.

Buying honours for One For Arthur go to agent Tom Malone and trainer Lucinda Russell, who sourced him for £60,000 at the Brightwells Cheltenham Sale in December 2013 after he had scored between the flags at Lingstown for handler Liam Kenny and owner Patrick Redmond.

Redmond had bought the horse for €34,000 at the Tattersalls Ireland Derby Sale of 2012, after John Dineen had paid €14,000 for him as a yearling from the consignment of Dwan's Ballyreddin Stud at the same company's November National Hunt Sale.

FIRST PUBLISHED 8:37PM, APR 8 2017
Milan has plenty of young stock in the pipeline