One day down, many more to go for new managing director 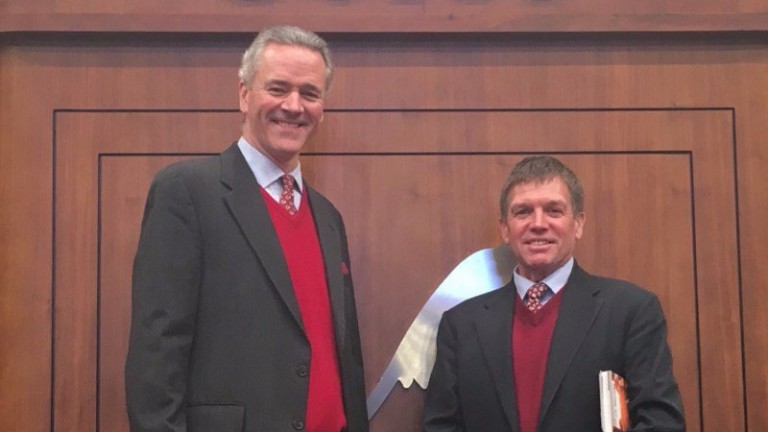 There is a long distance between New South Wales and South Yorkshire, both geographically and culturally, but Goffs UK's new Australian managing director was settling in well on his first official day in the post at the company's Autumn Sale yesterday.

“Everyone has been really supportive – the Goffs team, vendors and clients,” said Williams, while acknowledging a day when £434,000 was spent on 87 yearlings represented something of a gentle introduction.

“Trade was a little down across the board, but the clearance rate was good and we're happy with how the day went – some very nice horses went through the ring.”

Williams, who formerly worked at Magic Millions and Newgate Stud, has moved to the Goffs UK headquarters in Hawick in the Borders with his wife, while his sons have stayed in Australia.

He described his role on sales days in Doncaster as “making sure everything is running smoothly – reassuring clients, talking to vendors and inspecting lots”, adding that he would not be joining the auctioneering team.

On non-sale days at Hawick he will be “managing the team, looking at strategy and upcoming sales, making new contacts and overseeing general day-to-day operations”.

The elements of running a thoroughbred auction are universal and Williams will be able to transfer strong experience and a bulging book of contacts from Magic Millions to Goffs UK, although he acknowledged he will have to brush up on the jumps, with Doncaster hosting Britain's premier sale of National Hunt stores and various horses in training sales.

“There are a lot of parallels between sales up here and in Australia, as well as a few differences, but a yearling sale is pretty much a yearling sale around the world,” he said. “I love National Hunt racing but the sales are certainly different from Australia and although I know a lot about the game – I actually worked up here for John Webber around 35 years ago – there's still a little to learn.”

With one day down, Williams is looking forward to many more with Goffs UK.

“It was an exciting first day on the job,” he said. “What an opportunity for me; what a challenge. It is exciting to be here and be part of the company.”

And to top it all, Williams' first month settling into life in Britain has been made easier by some unusually clement autumn weather.

“I'm gradually getting acclimatised,” he laughed. “Everyone told me the weather was going to be terrible but it's actually been very mild.”