Martin Stevens reports on the deep influence of the 1993 winner 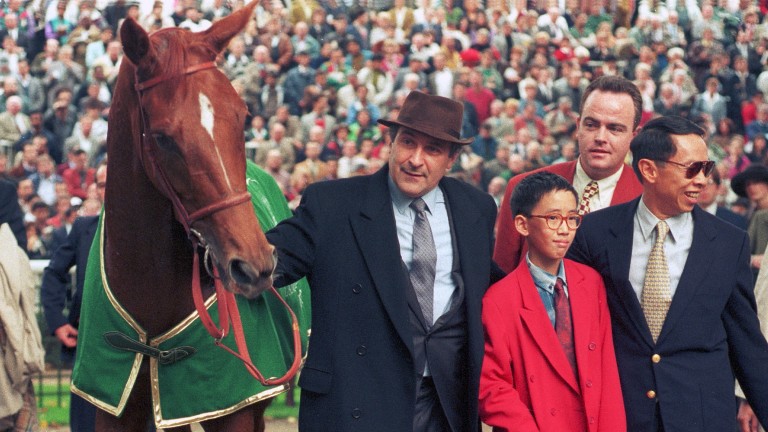 Frankel has been the focus of intense scrutiny with his first three-year-olds this year and while he has assembled numerous top-class performers – including Lady Frankel, who came with a late rattle to finish a close third in the Prix de l'Opera on Sunday – it is another, less heralded, sophomore who has come up with the undisputed star of the season.

Authoritative Prix de l'Arc de Triomphe heroine Enable is one of four stakes winners for Newsells Park Stud flagbearer Nathaniel, and visitors to Book 1 of the Tattersalls October Yearling Sale this week have only two choices of a filly by the sire of their own: a half-sister to Listed winner Arab Dawn from Highclere Stud (lot 287) and a daughter of the well-related Medicean mare Balandra from Church View Stables (355).

It seems, though, everything these days in the bloodstock world comes back to Galileo. And so it was at Chantilly on Sunday. 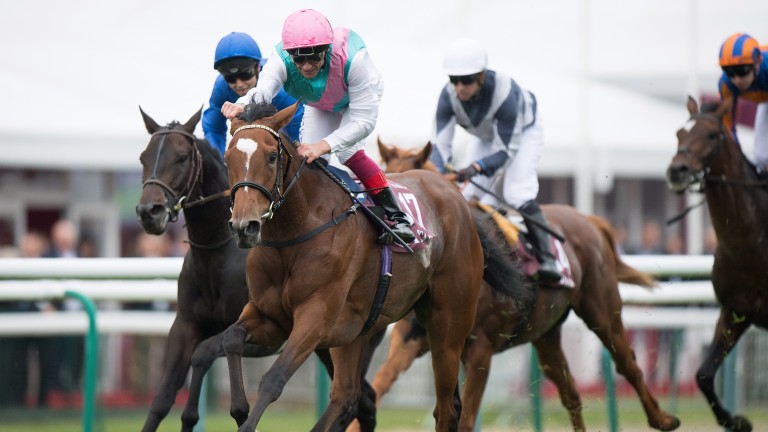 Enable: flagbearer for Nathaniel, but echoes of Galileo and Urban Sea
Edward Whitaker

Nathaniel and Frankel are both by Galileo, and the Coolmore phenomenon himself was on the mark with the Prix de l'Opera one-two Rhododendron and Hydrangea, Prix Jean-Luc Lagardere winner Happily, Arc third Ulysses and Prix Marcel Boussac third Mission Impassible.

Another son of Galileo, New Approach, was responsible for Lagardere third Masar, while half-brother Sea The Stars is the sire of Arc runner-up Cloth Of Stars.

So, one year on from Galileo getting the first three home in the Arc courtesy of Found, Highland Reel and Order Of St George, his dam Urban Sea once again got a trifecta of sorts in the race.

Expectations would have been high when Urban Sea – who defeated White Muzzle, Opera House and Intrepidity to land the Arc herself in 1993 – but no one could have quite anticipated just how deeply her influence would run.

The Tsui family's daughter of Miswaki died in 2009, months before her son Sea The Stars emulated her Arc victory, and as Galileo was still building the foundations of a towering stallion career.

FIVE SONS OF GALILEO TO WATCH AT BOOK 1

Lot 418 b f ex Dank (Dansili)
The first foal out of the Breeders' Cup Filly & Mare Turf winner Dank, who is a half-sister to fellow top-level winners Eagle Mountain and Sulk.
Consigned by Norris Bloodstock

Lot 425 b f ex Dialafara (Anabaa)
The sister to this year's Irish Derby and St Leger hero Capri is sure to be popular.
Consigned by Camas Park Stud

Lot 502 b c ex Hveger (Danehill)
The final Galileo yearling to go through the ring at Book 1 and it might be a case of saving the best until last, as he is a brother to Highland Reel and Idaho.
Consigned by Camas Park Stud