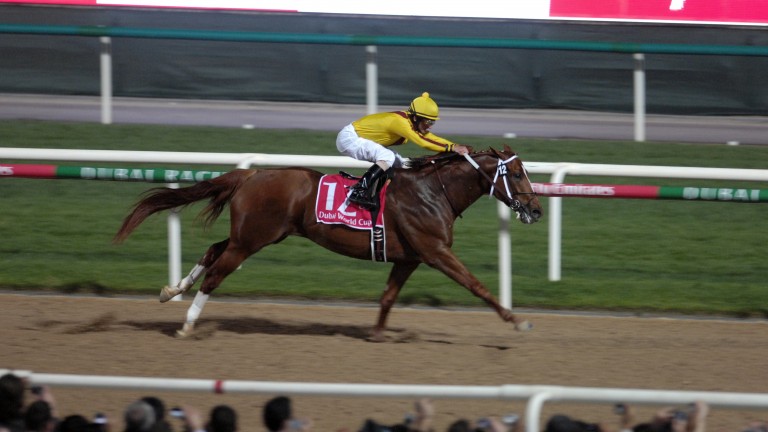 Jess’s Dream, a winning four-year-old son of Horses of the Year Curlin and Rachel Alexandra, has been retired to J Michael O’Farrell’s Ocala Stud in Ocala, and will stand the 2017 breeding season at a fee of $5,000.

“Jess’s Dream is a special horse and the epitome of the Stonestreet brand and breeding program,” said Stonestreet owner Barbara Banke. “He’s by Horse of the Year and top sire Curlin, out of Horse of the Year Rachel Alexandra, whose only other foal is our Grade 1 winner Rachel’s Valentina.

“Ocala Stud does a fantastic job of developing top sires in Florida, and we’re committed to giving Jess’s Dream the support needed to make him a successful sire,” she added.

Jess’s Dream has been in the spotlight since long before he was born. The bay colt was fittingly named after late owner Jess Jackson and his dream of breeding Stonestreet’s Horses of the Year Curlin and Rachel Alexandra to each other.

Curlin and Rachel Alexandra won 12 Grade 1 races combined, and both captured the Preakness Stakes at three, which makes Jess’s Dream the only horse in the world that is the son of two US Classic winners.

Trained by Kiaran McLaughlin, Jess’s Dream broke his maiden impressively in his debut at Saratoga.

“Jess’s Dream truly had unlimited ,” said McLaughlin. “He ran as good as a horse could run first-time out at Saratoga, and there’s no question he had top-class talent. We certainly didn’t see the best of him. The sky was the limit.”

Jess’s Dream is the first foal out of the Medaglia d’Oro’s champion race mare Rachel Alexandra, who is now retired from breeding after producing Jess’s Dream and Grade 1 winner Rachel’s Valentina.

Jess’s Dream’s sire Curlin is an emerging leading sire in North America, and is tied with Tapit in 2016 with five Grade 1 winners. Curlin’s sons at stud already include Classic winners Palace Malice and Exaggerator.