O'Briens inducted into hall of fame 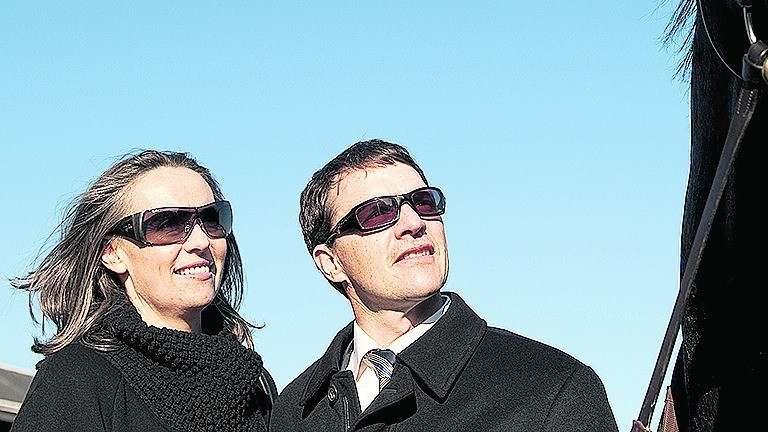 Aidan and Annemarie O'Brien honoured for their achievements
Edward Whitaker
1 of 1
By Zoe Vicarage 1:49PM, JAN 29 2017

Aidan and Annemarie O'Brien's achievements were celebrated on Saturday night at the annual ITBA racing and breeding awards, held at the Heritage Golf and Spa resort in Killenard, County Laois, as they were both inducted into the Irish Thoroughbred Breeders' Association's hall of fame.

Last year was a phenomenal one for the master of Ballydoyle as the likes of Churchill, Minding, Alice Springs and Found were part of his battalion who helped him to land 22 Group/Grade 1 contests on the Flat.

Success has not been confined to the Flat as O'Brien was also responsible for training JP McManus's leading hurdler Istabraq to win the Champion Hurdle on three occasions at the Cheltenham Festival.

The O'Briens, under their Whisperview Trading banner, have also bred a number of top-class horses including Beethoven, winner of the Dewhurst Stakes, Oaks heroine Qualify, and Moyglare Stud Stakes scorer Intricately, who provided their son Joseph with a first Group 1 winner on the Flat as a trainer in the race last year.

Retired Classic-winning trainer Tommy Stack (left) was presented with the lifetime achievement award at last night's ceremony which was attended by 400 people from the industry.

Stack, who rode Red Rum to win the Grand National at Aintree in 1977, started training in 1986 and his first Classic winner came in 1994 when Las Meninas landed the 1,000 Guineas at Newmarket. He also trained Myboycharlie, Tarascon, Kostroma and Alexander Tango to win at the highest level.

He has also had success as a breeder, having bred Group 1 scorer The Wow Signal and co-breeding last season's Middle Park Stakes winner The Last Lion.

The contribution to the industry award went to William Flood of Boardsmill Stud in County Meath. Flood, whose father Jack founded the operation in 1935, is home to leading jumps stallions Court Cave, Kalanisi and Califet, and has recently recruited Mount Nelson to its ranks.

Stephen Collins, ITBA chairman, said: "The ITBA National Awards is our opportunity to celebrate the outstanding successes of 2016 - a year in which Irish thoroughbred talent was displayed to an international audience. Yet again Irish horses were to the fore, winning the vast majority of all the prizes that matter.

"It allows our industry to acknowledge those who have made a lifelong contribution to Irish thoroughbred breeding and, in the case of our Wild Geese recipient, to one of our own who has flown the Irish flag with pride on an international stage."