Filly is related to several other of the breeder's stars 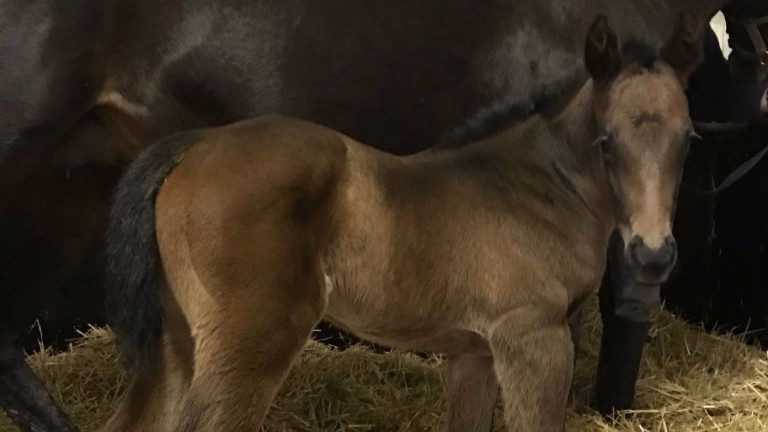 The newborn filly out of an Averti sister to Avonbridge
Oakgrove Stud
1 of 1
By Martin Stevens 9:03PM, JAN 15 2017

Stud owner John Deer sent Al Kazeem a number of mares in his first season at the Royal Studs in 2014, when the horse was found to be subfertile and returned to the track. None of Deer's mares got in foal.

Back racing, Al Kazeem won the Winter Hill Stakes, Prix d'Harcourt and Tattersalls Gold Cup to add to the five Group victories - three at the highest level - he achieved before his initial retirement.

The son of Dubawi returned to his birthplace of Oakgrove Stud to stand at a fee of £12,000 in a carefully managed role and Deer sent him many of his best mares.

The first resultant foal is a filly out of Avessia, a daughter of Deer's classy sprinter Averti and a sister to his Prix de l'Abbaye hero Avonbridge, who also stands at Oakgrove Stud.

"The dam is Avessia, a full-sister to Avonbridge, so very much a product of the stud."

FIRST PUBLISHED 9:03PM, JAN 15 2017
The dam is Avessia, a full-sister to Avonbridge, so very much a product of the stud