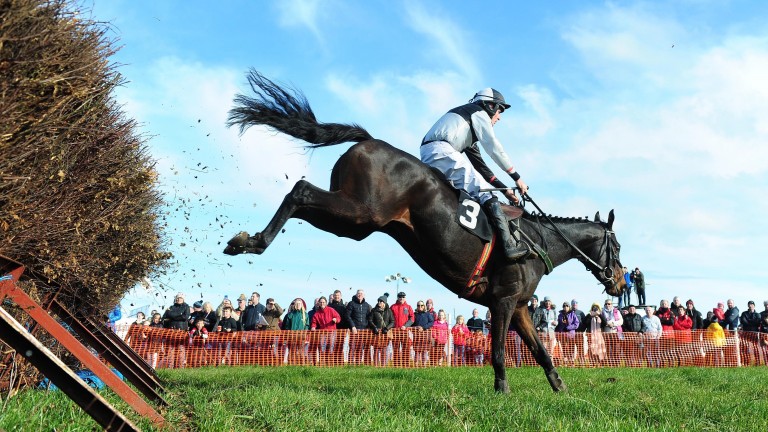 Racing may have been cancelled but the Tattersalls Cheltenham November Sale will ensure that Prestbury Park still plays host to plenty of action as the latest round of boutique National Hunt auctions begins on Friday.

The lack of racing means that the start time for the session has been brought forward to 1pm, with 45 lots due to come under the hammer.

Among the major eye-catchers on paper are Ballyadam, a four-year-old son of Fame And Glory who ran out a four-length winner on debut at Portrush for Colin McKeever (lot 20); impressive Moig South debut scorer Yousayitbest, a four-year-old by Doyen trained by Cian Hughes (28); and Fiston Des Issards, a Colin Bowe-trained four-year-old son of Buck's Boum who made a winning start at Loughanmore (43).

Richard Pugh, Tattersalls Ireland's director of horses in training sales, expressed plenty of optimism ahead of the sale, not least because of the continued success of Cheltenham graduates on the racecourse.

"We're very hopeful," he said on Thursday. "The results of graduates of the Cheltenham sales are hugely important and at the moment we couldn't be happier as there's an enormous number of Cheltenham graduates winning - and winning at a high level.

"It's been this way for the last number of years, but there's a particularly exciting bunch about at the moment with horses like Envoi Allen and Andy Dufresne and others."

Friday's sale also features a number of well-credentialed fillies, not least Immortality, a full-sister to Laurina who will be offered by Blackhall Stud having readily pulled clear of her rivals when winning at Moig South (26). 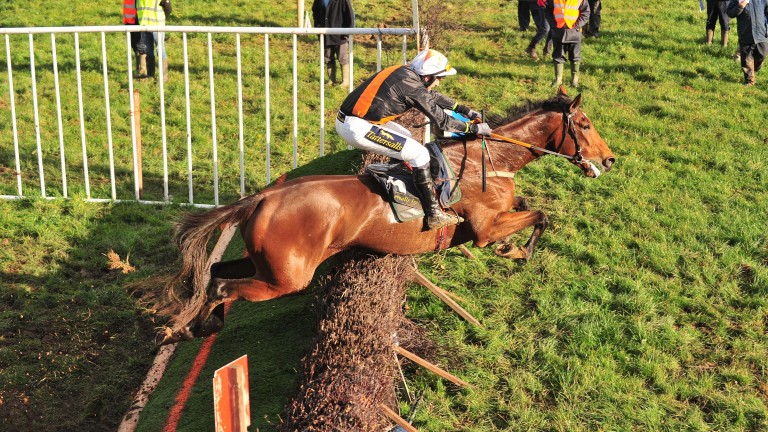 Immortality: Laurina's sister opens her account
Healy Racing
She is joined by Feralkat, a Schiaparelli half-sister to The Liquidator who won second time out at Moig South for Denis Hogan (7); Dromahane mares maiden winner Queens Brook, a Shirocco half-sister to Shotgun Paddy offered by Cobajay Stables (21); and Brave Way (33), a Jeremy half-sister to the smart Coillte Lass offered by Warren Ewing.

Pugh added: "When you have the same vendors bringing horses with form from the same courses, and young horses of similar profiles to past stars, you have to be very hopeful of having another nice batch of young horses to sell.

"I've seen these horses at the point-to-points and they look a strong bunch, and the purchasers here today seem to be seeing what I've seen over the last number of weeks."

Although the inclement weather has wreaked havoc with the racing schedule, Pugh said it had not deterred potential buyers from hitting the sales ground for inspections on Thursday.

"When then the weather was as bad as it was this morning I thought people might have been put off but we've had a very busy afternoon of showing," he said. "If this is indicative of what's to come tomorrow then we're very hopeful."

FIRST PUBLISHED 5:35PM, NOV 14 2019
There's a particularly exciting bunch about at the moment with horses like Envoi Allen and Andy Dufresne and others