Nothing hidden about the talent of Scat Daddy's latest juvenile winner

The late, great stallion looks to have another top-notcher to send him off 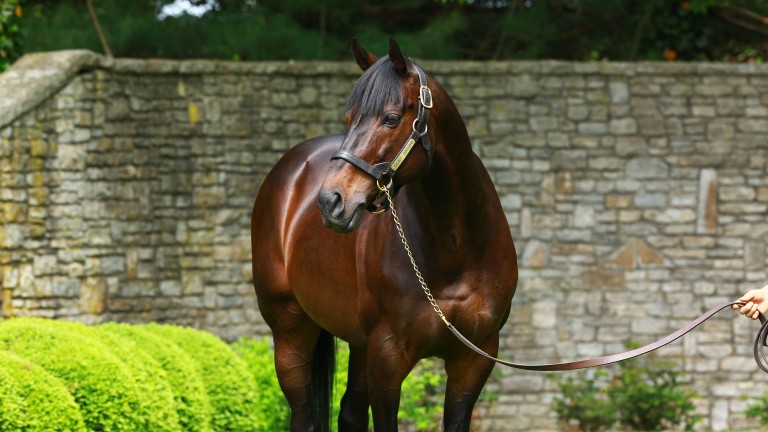 Scat Daddy – a renowned source of top-class stock, and precocious performers in particular – is being represented by his final crop of two-year-olds this year after he died unexpectedly at Ashford Stud in Kentucky aged only 11 in December 2015.

Those juveniles are sending their sire off in style, as one promising talent emerges after another this season.

The latest bright prospect to emerge is Hidden Message, who strolled to a three-and-three-quarter-length victory on debut for trainer William Haggas and owner Qatar Racing in a 6f fillies' novice stakes at Yarmouth on Thursday.

Hidden Message was bred by Frank Hutchinson and is the eighth foal out of the Green Desert mare Secret Charm, who won the Listed Radley Stakes at two and finished fifth behind Attraction in both the Newmarket and Curragh 1,000 Guineas at three.

The dam is a half-sister to another Radley Stakes winner in Relish The Thought, who went on to finish third in the Oaks and produced the Grade 1-placed My Gi Gi. The siblings are out of Grade 1 Starlet Stakes third Viz.

Secret Charm has now produced four winners and although none have gained black type, her son Encipher was awarded a Racing Post Rating of 106 for finishing a neck second in a hot Meydan handicap, and Hidden Message looks as though she should become a first stakes performer for the dam.

Hidden Message was a $150,000 Keeneland September yearling purchase by Hunter Valley Farm and had been catalogued for the Tattersalls Craven Breeze-Up Sale in April but was a withdrawal.

The Munnings half-sister to Hidden Message was sold to Marc Detampel for just $95,000 at the Keeneland September Yearling Sale on Wednesday.

It is not just Scat Daddy's two-year-olds who have been causing breeders to lament the son of Johannesburg's early demise this year.

His penultimate crop yielded Triple Crown laureate Justify, who last week arrived at Ashford Stud in preparation for his stallion career, as well as UAE Derby winner Mendelssohn, while the earlier son No Nay Never is dazzling as a first-season sire, with more than 20 winners to his name including Group scorers Land Force and Ten Sovereigns.

FIRST PUBLISHED 4:36PM, SEP 20 2018
It is not just Scat Daddy's two-year-olds who have been causing breeders to lament the son of Johannesburg's early demise this year

Rollercoaster week continues for Jason Watson after another ban and winner Are we looking at a Group 1 horse in a handicap? International Stakes insight Armory tees up Arlington Million tilt by taking on Mohaafeth in Group 2 Longchamp third Alenquer to be given St Leger entry as Haggas ponders options The British are coming: Hurricane Lane v Alenquer a Paris match to savour York clash with Mohaafeth one of two options for Mishriff's next assignment