Martin Stevens speaks to Elizabeth Doumen about their new dawn 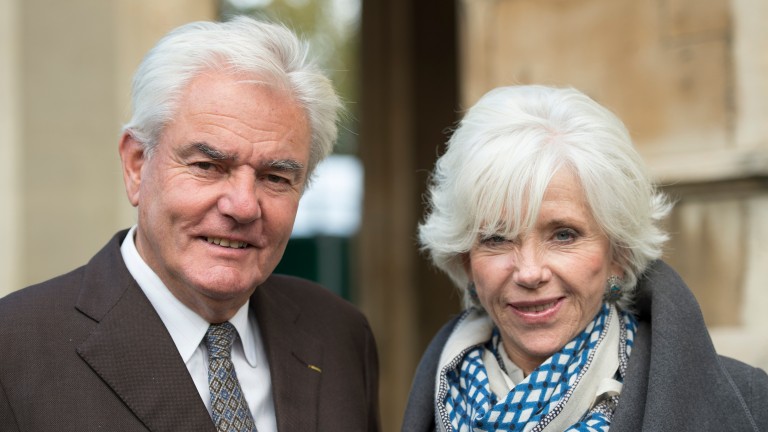 Not for Francois Doumen the usual mundane pastimes such as gardening or bridge club that many recently retired from full-time work fill their time with. No, the legendary French handler and his formidable wife Elizabeth are now devoting their days to streamlining the remaining horses they own and giving their breeding operation a more commercial impetus.

Doumen's outstanding achievements as a trainer have been thoroughly documented since he decided to call time on his career this month. The audacious cross-Channel raids with Nupsala and The Fellow, the top-level Flat successes with the likes of Kasbah Bliss and Siyouma.

But less well-known are his and Elizabeth's exploits as breeders; how their Hong Kong Cup and Dubai Duty Free winner Jim And Tonic and dual Group 2 scorer Rajpoute were produced at home, or that their Haras d'Ecouves has more recently turned out such high-class performers as Aim To Please and Xcellence.

The Doumens were in Deauville for the Arqana August Yearling Sale last weekend – as spectators rather than participants – where I met Elizabeth so that she could explain how the new stage in their life has also signified a new dawn for the Haras d'Ecouves in Normandy.

“Ecouves has been functioning now for 20 years and we've produced some extremely good horses – in the last five years we've practically produced a Group or black-type filly per year, which is pretty good for a small operation,” she says.

“But we've been in rather an invidious position. Because when we took on our Irish stud manager David Twomey around five years ago, we were ready to go commercial but it was impossible because people were suspicious as to why we were selling horses. It was unavoidable that people thought we were getting rid of the ones that Francois didn't want to train.”

Doumen reports that has all changed since the Racing Post broke the news that Francois would no longer train horses.

“I've actually seen a change in the dynamic since the article came out – people have been coming up to me saying 'oh, do you take on broodmares?' and asking what we're doing,” she says. “It's simplified the message of what we do on the breeding side.”

Ecouves was founded by the Doumens in 1992 after they moved from their original stud – “an old fortified farm that had seen the Hundred Years' War and looked as if it had as well,” laughs Doumen – that had been renovated with the prize-money won by the 'Three Musketeers': The Fellow, Ucello and Ubu III. “Every time we had a win that was another tile mended; another fence that would go up.” 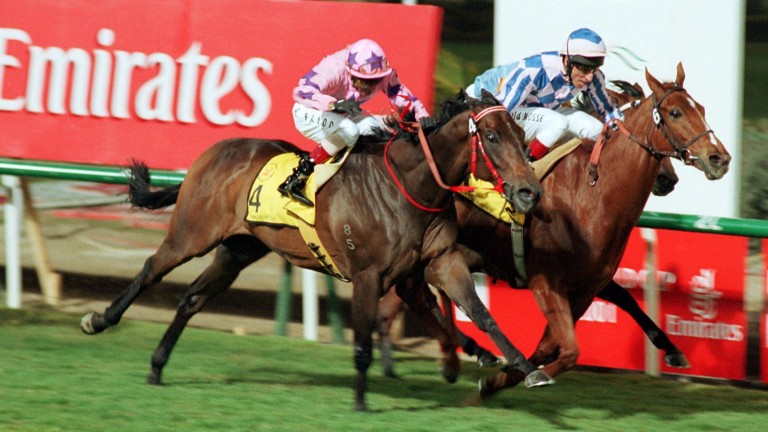 Jim And Tonic (right): the Dubai Duty Free winner was not only trained but also bred by Francois Doumen and wife Elizabeth
Ed Byrne

When they were unable to expand on the old site – “the Normans don't let go of their land,” Doumen explains. “They have subsidies to start with” – they bought the present Haras d'Ecouves, a 100-hectare property with around 100 boxes and two “phenomenal” tracks meticulously built by the couple – one with a seven-furlong uphill gallop influenced by the Piste des Lions at Chantilly and British courses and an oval track adapted from its original use for trotters.

Top of the tariff of services offered by Ecouves is boarding broodmares, which should be especially appealing to British and Irish breeders in light of the lucrative premiums available for racing in France and the present robust health of the Normandy stallion scene, containing as it does Dabirsim, Le Havre, Shalaa and Siyouni to name only a few.

“We've been bringing in a lot of British broodmares,” confirms Doumen. “Michael Swinburn is one of our clients. He's completely sussed out the system; he brings his mares in, they're covered here, stay here, are turned around and they're good for the French premiums when he resells here either at Arqana or Osarus.

“It's a great system for those who have worked it out and our land is extremely good. People often say to us that our horses have more bone than theirs do at home.”

While outside breeders will be lured by that quality of terroir, the range of facilities and the expertise of stud manager Twomey, the Doumens will be maintaining a core of around four broodmares of their own.

“Up until now we bred from mediocre mares but I had a very clever trainer in Francois and I don't want to do that any more,” says Doumen. “I want to bring our own mares down to a very small number – if you don't have the quality or the page today you're not going anywhere. So I'd like to start off with four really good mares with pages we can sell.”

Two of the positions for broodmare may have already been filled: by Xagere, an unraced two-year-old Kendargent half-sister to Xcellence, winner of the Prix Imprudence and third in both the Poule d'Essai des Pouliches and Prix de Diane – she is “absolutely gorgeous”, says Doumen of the filly, bred with Henri de Pracomtal – and Beagling, a Wootton Bassett filly from the family of Jim And Tonic who won at Vichy last month.

The fact those fillies, both now in training with Fabrice Chappet, hark back to the Doumens' past glories will surely enhance their allure as architects of the future of Ecouves.

Francois, meanwhile, will likely keep his eye in with some selective ventures in the bloodstock market.

“Breeding is very special; it's for people who like watching the grass grow, it's not a trainer's thing,” Doumen continues. “Francois will probably get together a couple of little syndicates, do some pinhooking and bring the foals or mares that we want to resell onto the farm. It'll tick over like that.”

And how is a restless intellect like Francois reacting to the enforced relaxation of retirement?

“He's a little frustrated,” says Elizabeth, who took over from her husband in some training duties as his health failed recently. “We're standing here at the sales and silently screaming because we want to get involved. But we've got to wait a while, see how we go about it. He's busy choosing trainers left, right and centre for our horses, and we hope to sell most of the rest before the end of the year.”

No, it will not be Caribbean cruises and crosswords now Francois is retired. The Doumens will be busy enough overseeing a successful stud and ensuring their name continues to figure among the connections of Group winners, not as trainer any more but still as breeder, as it has done for the last quarter of a century.

“It's amazing. We are founder members of an association of trainer-owners because unfortunately there are more and more in France as there are fewer and fewer owners.

“Trainers are forced to own their horses and a lot of them don't have the money to travel out to get good coverings for their mares.

“We really worked very hard on changing things so new stallions would come into France. There was a big outcry at the time but then straight away the Aga Khan brought in Redoute's Choice.

“There's a great choice of stallions now and we don't have to travel out very much. People are actually coming here to have their mares covered.”

Normandy breeders' battle against the building of a waste dump

“It's all gone. It was a long hard battle, but everyone was amazing and pulled together – we even had sit-ins – and we won, we got the guys out.

“It's terrific because all that beautiful, pristine land has been saved. It was part of the strip of very fertile land for horses that we are part of on on our farm. And you know that when water courses get polluted, it comes all the way through.”

One that nearly got away...

“Before Jim And Tonic showed he was any good, we had given his sister Gigawatt to our sons Xavier and Thierry to play polo on, and they schooled her for a year.

“Then Jim And Tonic started doing well and we had to say 'sorry boys, she's coming back'. But we gave them part of her and they got their breeders' premiums so they were happy.”

Doyen of his trade O'Connor enriching heritage of Ballylinch Stud

FIRST PUBLISHED 6:49PM, AUG 26 2017
Breeding is very special; it's for people who like watching the grass grow, it's not a trainer's thing