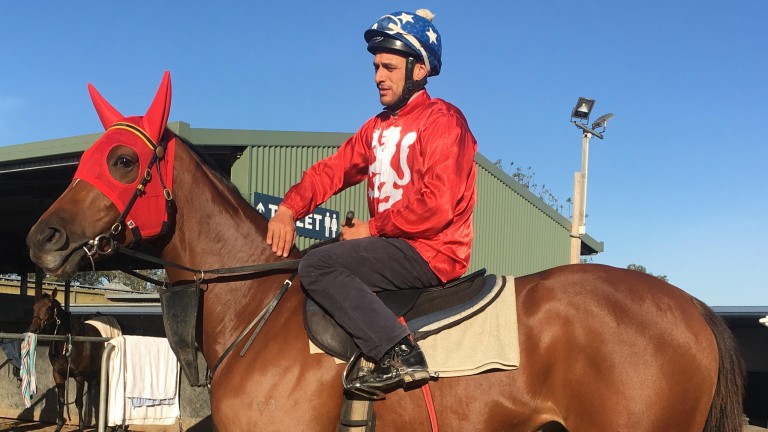 Luck Favours could still be targeted at races in Europe
Anthony Mithen
1 of 1
By Luke Sheehan/racing.com UPDATED 12:48PM, JUN 22 2018

Rosemont Stud's dream to travel a northern-hemisphere bred two-year-old to race at Royal Ascot has been thwarted, with Starspangledbanner filly Luck Favours not making the trip to Britain this week as scheduled.

But trainer Mark Young said it does not mean their plans to get to Europe at some stage in the coming weeks are completely finished.

"Most things are disappointing with horses when things are so well one minute, and down the next," Young said via a video posted by Rosemont on Twitter.

"We regularly check as we go and feed them in the morning, she left most of her feed.

"We took her temperature, and had a temperature spike - you have to act in the best interests of the horse.

"She's cancelled [for Royal Ascot], but that's not to say the idea's cancelled, and [not ruling out] she won't be there later on.

He added: "She'll get the best treatment and have a rest, and get her big and strong,

"Absolutely, it isn't in the drawer, it's just delayed."

Luck Favours, a two-year-old filly who is yet to race, was set to travel with multiple Group 1 winner Redkirk Warrior on Wednesday before the setback.

Could not be more disappointed to cancel our Royal Ascot adventure with Luck Favours this morning. The filly’s well-being had to come first @Ascot pic.twitter.com/qvFVa6pDNV

FIRST PUBLISHED 12:47PM, JUN 22 2018
We took her temperature, and had a temperature spike - you have to act in the best interests of the horse