Coolmore stallion produced the winner of both Group races 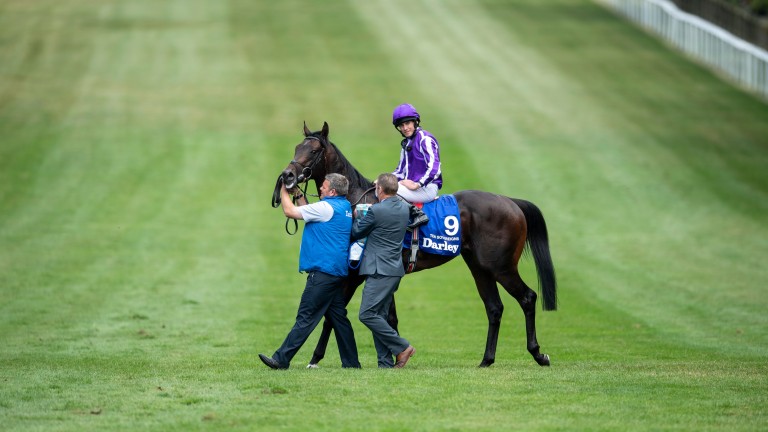 No Nay Never has already made a blistering start to life as a stallion and he is unlikely to have many more rewarding spells than Saturday afternoon at Newmarket.

His standout son Ten Sovereigns delivered his, and the Coolmore sire’s, second Group 1 after a convincing win in the Darley July Cup, while earlier in the afternoon Mystery Power retained his unbeaten record in the Group 2 bet365 Superlative Stakes.

Last season’s European first crop champion can already boast three other Group winners in Arizona, who took this year's Coventry Stakes at Royal Ascot, Land Force in last year’s Richmond at Goodwood and one further afield in Chile by Brooke. His fee has jumped from an initial €20,000 to an almighty €100,000 for this year.

Mystery Power, who had made a promising debut at Haydock last month, is representing a shrewd piece of business by breeder Siobhan O'Rahilly, whose cheaply-bought Haafhd mare Gems has already yielded two good winners in Fayez and Seaella. 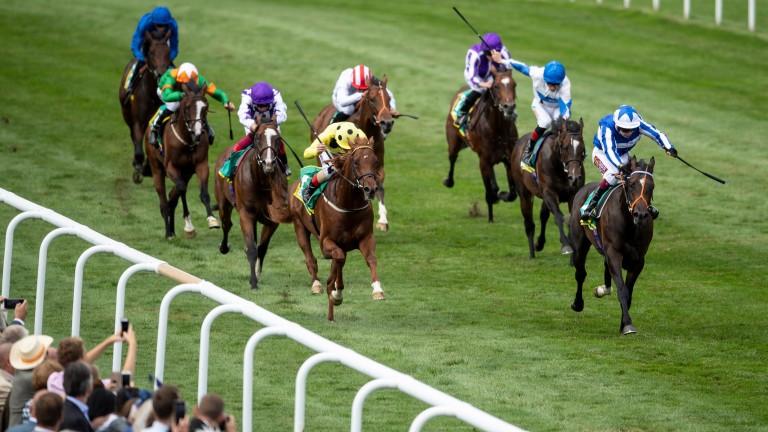 Mystery Power (right) beats Juan Elcano in the bet365 Superlative Stakes
Edward Whitaker
Mystery Power was bought by Mark Dwyer’s Oaks Farm Stables as a foal for €110,000 at Goffs and pinhooked for 250,000gns to King Power Racing at Tattersalls Book 2 the following year.

Ten Sovereigns, who was making a fine recovery effort from two losses this season, was back to the force of last year’s Middle Park.

The Camas Park, Lynch Bages and Summerhill product had been through the ring for 200,000gns as a yearling at Tattersalls and is by some margin the shining light from his Darley-bred dam Seeking Solace.

Ten Sovereigns has surely now earned his own place at stud, as well as the possibility of further top sprinting honours. It is interesting to note that his two-year-old sister and 600,000gns MV Magnier purchase Eden Quay was given an early entry in the Keeneland Phoenix Stakes, although she has yet to appear on the track.

Salcey Forest Stud relocates to new base in Warwickshire

FIRST PUBLISHED 6:09PM, JUL 13 2019
It is interesting to note that his two-year-old sister was given an early entry in the Keeneland Phoenix Stakes

Half-brothers to Gear Up, Star Of Emaraaty and Shutter Speed among standout lots Red letter days for Galileo Gold and Adaay at Deauville St Leger hero Logician to stand at Shade Oak Stud next year Eldrickjones and Apollo One head Tattersalls August Online Sale offering Lots to look forward to at the revamped Goffs UK August Sale Why the progeny of underwhelming sire Golden Horn could represent real value