No Nay Never half-brother a notable newcomer on Tuesday

Renat, a son of Invincible Spirit, set to be unveiled in France 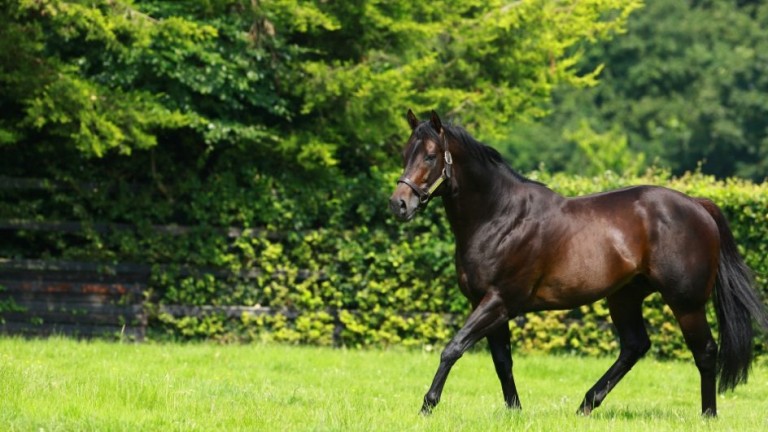 No Nay Never has dazzled as a freshman sire this season with a large haul of winners, and on Tuesday he could receive another boost to his profile as his two-year-old half-brother makes his debut at Fontainebleau in France.

Renat, who is by Invincible Spirit and is trained by Francis-Henri Graffard, features among 11 declarations for the Prix Radio Evasion, a 6f contest for unraced juveniles due off at 2.20 local time (1.20 BST).

He will carry the colours of Sheikh Mohammed Bin Khalifa Al Thani's Al Shahania Stud, who bred him from the winning Elusive Quality mare Cat's Eye Witness, a half-sister to stakes winners Al's River Cat and Cat's Career from the family of St James's Palace Stakes hero Half A Year.

Cat's Eye Witness produced Norfolk Stakes and Prix Morny winner No Nay Never for her previous owners Jayne Johnson and David Sparrow, before the mare was transferred to the ownership of Al Shahania Stud.

The Qatari operation raced No Nay Never's two-years younger brother Inland Sea, also by Scat Daddy, and he was sent out by Richard Hannon to win two races including a maiden at Glorious Goodwood.

He has nicked with Elusive Quality mares before, most notably with Lethal Promise - who took the Listed Blenheim Stakes at Fairyhouse on Monday - but also with Phoenix Stakes third Lottie Dod and Prestige Stakes runner-up Promising.

Pierre-Charles Boudot takes the mount on Renat, who was a May foal.

A pedigree update in the form of victory for that colt would provide another endorsement for No Nay Never, whose 22 first-crop winners include Richmond Stakes victor Land Force, the exciting Ten Sovereigns and other stakes scorers Servalan and Mae Never No.