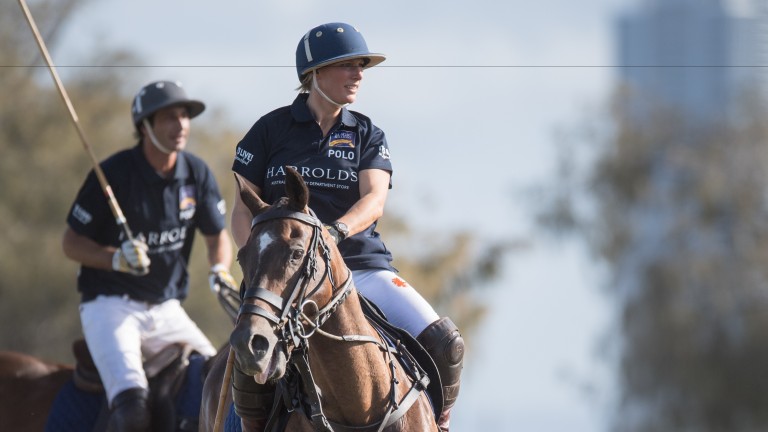 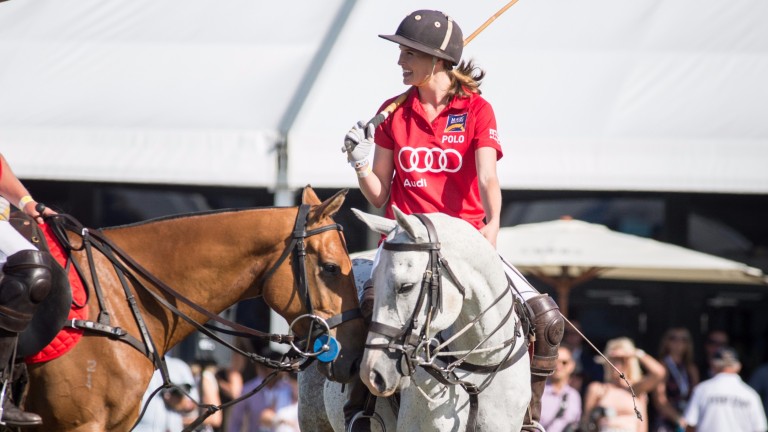 They say you shouldn't mix business and pleasure, but that is a message that has either been missed by Gerry Harvey and his wife Katie Page-Harvey, the owners of Magic Millions, or wilfully ignored.

Sunday’s polo drew a healthy sized crowd, thanks in no small part to the stellar line-up Magic Millions assembled to play. Among the notable participants were the Queen’s granddaughter and Olympic Silver medallist Zara Tindall, Francesca Cumani, the soon-to-be ITV Racing presenter and daughter of distinguished trainer Luca, and the Melbourne Cup-winning jockey-turned-trainer Michelle Payne.

There were also some names less familiar to those those not au fait with the world of polo, including two sets of brothers: Australians Rob and Jack Archibald – Rob being the husband of Francesca Cumani - and the Argentinian Alejandro and Ignacio Novillo Astrada. All of whom are polo players of some renown, I am told.

Before the headline match started was an introduction of the two teams, in which the compere, broadcaster Hamish McLachlan, gave a brief explanation of the rules of polo, and then gave Tindall a comprehensive ribbing about being the granddaughter of the reigning monarch.

An occasion with such a light-hearted atmosphere can only be a welcome addition in the preamble before any sale at which millions will be invested, some wisely and some not so, mostly in the name of enjoyment.

Granted, Magic Millions have the luxury of taking place in early-January on the Gold Coast, which nigh-on guarantees clear blue skies and plenty of sun, but they can’t be knocked for simply making the most of the hand they have been dealt.

“What we’ve been trying to do is get the broad church of the equestrian world to come together,” said Page-Harvey. “There’s a lot of synergies between racing and polo and racing and showjumping, and no one’s ever linked all of that together. I was looking for an event that could run into the sale and run into the racing, and I thought how terrific if that could be polo.

“You’ve got a lot of people here that are interested in polo and now they’re asking about racing, and vice versa. It’s fantastic.”

Page-Harvey also added she hoped that the Magic Millions polo would become a permanent fixture of the January carnival, an eventuality that seems entirely likely given the degree of success achieved.

“In five years' time I want to get 14,000 people here,” she said. “That would make it one of the biggest polo events in the world. Why can’t we do that sort of thing here? You’re always looking for something that’s not been done in the rest of the world - you’re always looking for something that will grow your business and grow the sport. This is growing the sport with like-minded people.”

The match itself was won by Tindall’s team, despite the Olympian briefly parting company with her pony. There was a lot of coverage given to the spill but, in truth, it was the sort of minor tumble that most racing fans will have become completely desensitised to by this stage of the jumps season.

For all that, the day was undoubtedly a success, and what really worked was not necessarily the polo.

It was that Magic Millions found something that ticked a lot of the required boxes to draw the right kind of demographic and then gave them something thoroughly enjoyable. Fun, even.

As Page-Harvey remarked, it was trying something that might help the sport to grow.

Of course, that comes on top of sponsoring a race meeting at which every horse who competed, right through from first to last in each of the nine races, takes home at least some share of over A$10 million in prize-money.

And it would be remiss not to highlight the Magic Millions Racing Women scheme, whereby any horse purchased from Magic Millions whose ownership is comprised solely of women can scoop a share of a A$500,000 bonus purse - without even crossing the line in front.

At a time when the shortage of owners within British and Irish racing is becoming an increasing problem, to see a more inclusive and less buttoned-up approach and initiatives that offer potential owners a real financial incentive working in tandem certainly is food for thought.