Two-day auction kicks off at 10am on Thursday 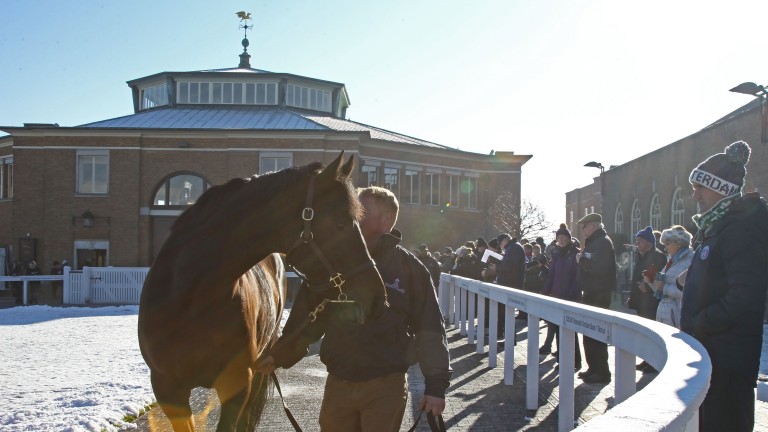 There will be no prospective purchasers huddled around the Park Paddocks parade ring clad in woolly hats and gloves, as is so often the case at this fixture, with the mixed auction being staged online from 10am on Thursday.

An online renewal sees a new chapter in the February Sale story, which began with an inaugural edition in 2000. Some 139 lots changed hands that year, when trade generated turnover of 889,300gns and a top lot, the subsequent Lingfield Oaks Trial runner-up Silver Grey Lady, of 170,000gns.

From those relatively humble beginnings, the February Sale has become an important fixture on the global bloodstock sales circuit.

The event boasts a record price that compares favourably with many of the year's more established blue-chip sales after Roger Varian gave 1,900,000gns on behalf of Sheikh Mohammed Obaid for the blue-blooded Willie John in 2018.

The sales-topper's price was not the only record-breaking feature of the 2018 February Sale, which was boosted by offerings from the Ballymacoll Stud dispersal and stock owned in partnership by the beleaguered South African billionaire Markus Jooste. 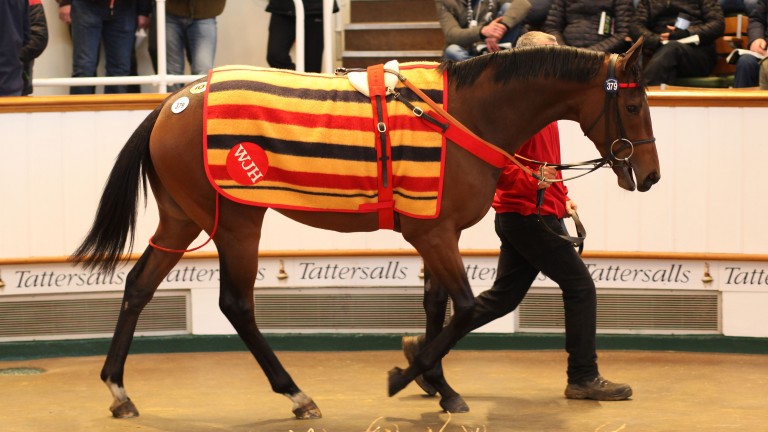 Although 2018 may have been an especially strong year, last year still saw 264 sold lots bring an aggregate of 3,260,300gns and a clearance rate of 87 per cent, with a diverse buying bench comprising players from throughout Europe, as well as further-flung destinations such as Australia, the Gulf region, South Africa and the US.

As with just about every moving part of the bloodstock business, results can be pinpointed as a key driver of the sale's upward trajectory. The mixed nature of the catalogue means that headline talents have changed hands at the February Sale at just about every stage of their development.

Euro Charline, winner of the Beverly D Stakes and subsequently a 750,000gns buy by Katsumi Yoshida, was traded for a mere 800gns as a short yearling in 2012, while the redoubtable Sovereign Debt was bought by David Nicholls as a horse in training for 145,000gns in 2014 before he developed into a prolific stakes-winning performer. 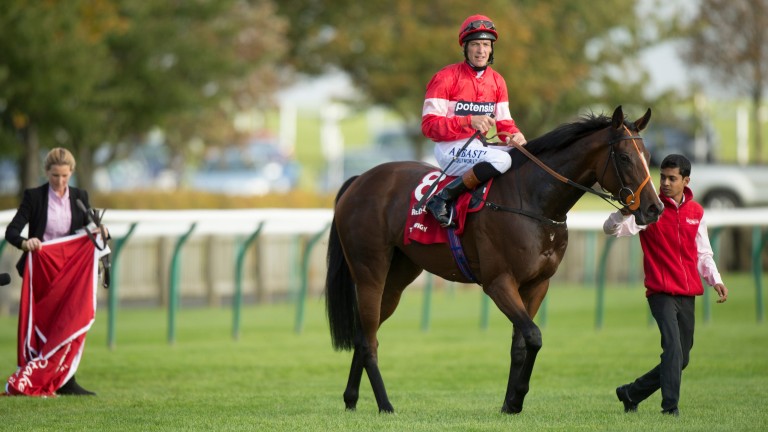 Tiggy Wiggy: the dam of the Cheveley Park Stakes winner was bought at the Tattersalls February Sale
Edward Whitaker

Although there is plenty of depth to the sale's roll of honour when it comes to producing stakes winners, it is arguably better known as a source of stock that will breed you a black-type performer.

The dams of major winners such as A'Ali, Best Solution, Dream And Do, Harbour Law and Tiggy Wiggy all changed hands at the February Sale.

The brilliant Green Room, dam of Group/Grade 1-winning siblings Lord Shanakill, Forever Together and Together Forever, was also sold at the February Sale, picked up by Kinsale Bloodstock for a mere 20,000gns in 2005, before she was bought by current connections at Keeneland less than a year later for $240,000.

Only time will tell what gems are contained within this year's catalogue, or how the market will respond to the online format. But with Godolphin, Juddmonte Farms, Shadwell and The Castlebridge Consignment among those with significant drafts on offer, and form horses including a 19-length bumper winner in Noble Yeats, there looks to be plenty for buyers to get stuck into.

FIRST PUBLISHED 1:24PM, FEB 3 2021
The mixed nature of the catalogue means that headline talents have changed hands at the February Sale at just about every stage of their development