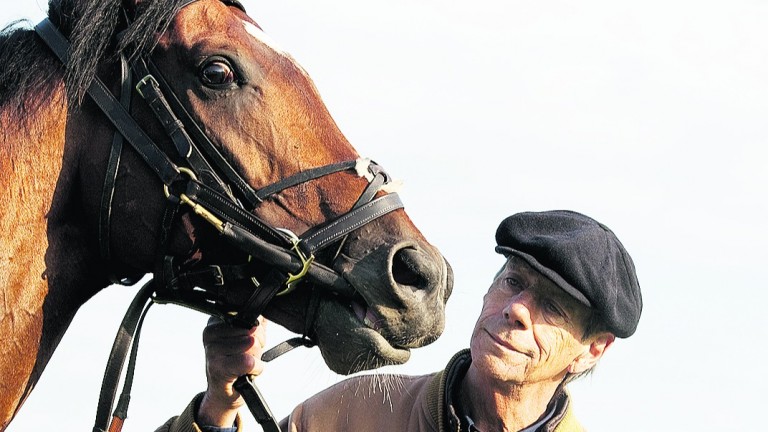 Juddmonte blue hen Kind is set to visit Galileo this year for a repeat of the mating that gave the world Frankel.

However, the 16-year-old daughter of Danehill has suffered problems with breeding in recent times and a Juddmonte spokesperson confirmed she is not in foal after being covered by Kingman last year.

Kind has now not delivered a foal since Proconsul in 2013.

She slipped a foal that was the result of another cover by Galileo that year and did the same in the following season. Covers by Kingman in 2015 and 2016 have also failed to bear fruit.

Kind, a half-sister to top-level winner Powerscourt, was a dual Listed-winning sprinter for Roger Charlton.

Lingfield Derby Trial winner Bullet Train (by Sadler's Wells) was her first foal, while the legendary Frankel, for whom Bullet Train later performed pacemaking duties, was her second. He was an unbeaten winner of ten Group 1 races and twice crowned world champion.

Next came another son of Galileo, Noble Mission, who won three races at the highest level including a thrilling verdict over Al Kazeem in the Champion Stakes.

Kind's next foal, the Oasis Dream colt Morpheus, won three races but did not manage to collect black type, while his sister Joyeuse scored in the Listed Dick Poole Fillies' Stakes.

The dam's last foal, the Galileo colt Proconsul, was unplaced in two races for Andre Fabre.

It was announced this week that Proconsul is starting his stallion career at Mickley Stud in 2017. He becomes a remarkable fifth son of Kind at stud, with Frankel at Banstead Manor Stud in Newmarket, Morpheus at Tally-Ho Stud in County Westmeath, Bullet Train at Crestwood Farm in Kentucky and Noble Mission at Lane's End in the same state.

FIRST PUBLISHED 5:18PM, FEB 10 2017
It was announced this week that Proconsul is starting his stallion career at Mickley Stud in 2017