No comeback for Mastery but new chapter beckons at stud 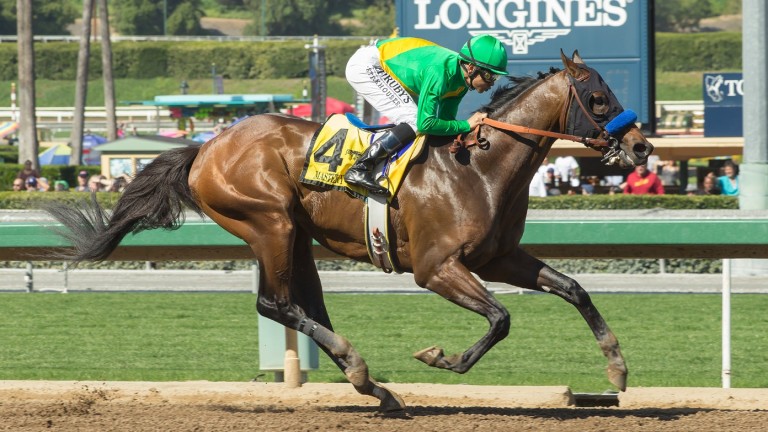 This was always supposed to be a momentous week for Mastery. Back in the spring, owner Everett Dobson of Cheyenne Stables was dreaming that he would just have completed a Triple Crown campaign confirming his colt as the outstanding member of his generation. As it is, just three days after the final leg of the series, Dobson announced that he had given up all hope of Mastery returning to test the worth of Always Dreaming, Cloud Computing and Tapwrit.

The unbeaten son of Candy Ride's seven-length romp in the San Felipe Stakes in March appeared to seal his status as favourite for the Kentucky Derby, but there was instant disillusion as he was pulled up and dismounted by Mike Smith. Two days later he underwent surgery on a condylar fracture on his left foreleg.

It was then announced that he would stand at the historic Claiborne Stud in Kentucky as and when retired. Unfortunately, despite the painstaking attention of trainer Bob Baffert and his team, that day arrived sooner than hoped.

As one door closes, however, another one opens. "We're honoured to have him join out stallion roster," said Bernie Sams, bloodstock manager at Claiborne. "He's an impressive, powerful looking colt and has arrived in great condition."

Dobson, for his part, also sought to be positive. "I want to commend the extraordinary effort by Bob and his team, rehabbing Mastery in California and getting him back to this point," the owner said. "I'm very appreciative and extremely excited about the next chapter in his career."

Baffert, whose barn has recovered in such spectacular fashion from the loss of Mastery, was unstinting in his praise for the colt - even comparing him to his 2015 Triple Crown winner. "He was just starting to mature," the trainer said. "I'm still sick about him getting hurt. It's safe to say he was on the same path as American Pharoah, the way he was dominating his races."

Bred by Stone Farm, Mastery has an attractive pedigree to support a Grade 1 success at two in the Los Alamitos Cash Call Futurity. A $425,000 Keeneland September yearling, he is out of an Old Trieste half-sister to Champagne Stakes winner Jump Start while his third dam is a sister to Miswaki. He retires with a perfect record in four starts and earnings of $511,200. 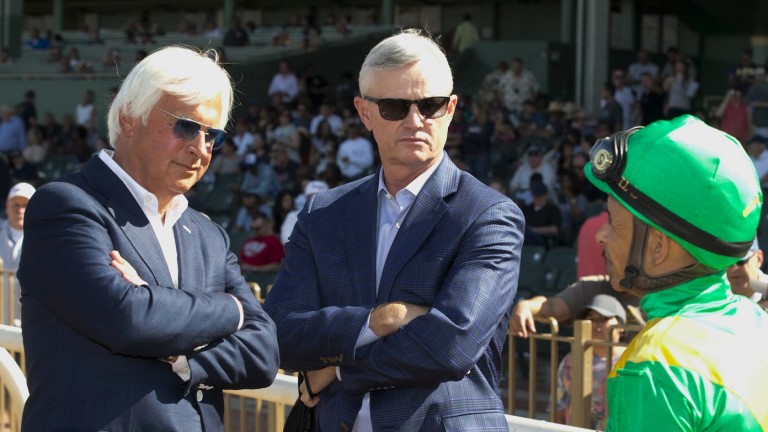 Trainer Bob Baffert, owner Everett Dobson and jockey Mike Smith share a bittersweet debrief after their brilliant colt's breakdown
Benoit Photography
FIRST PUBLISHED 8:36PM, JUN 13 2017
It's safe to say he was on the same path as American Pharoah, the way he was dominating his races