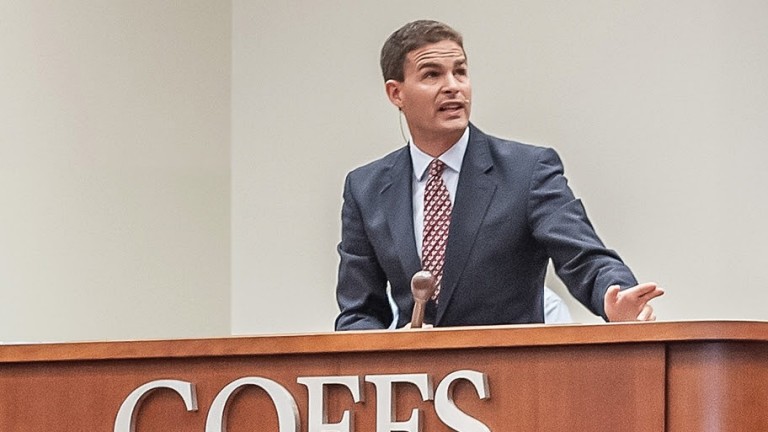 The two-day Goffs UK January Sale, which starts on Tuesday at 10am, kicks off the company's calendar in 2020 and will also be the first to take place with Tim Kent at the helm as managing director.

Kent is, of course, a familiar face at Goffs UK having joined on work experience in 2006 and being promoted to the position of director three years later.

He succeeded Tony Williams, who has returned to his native Australia to take up the role of chief executive at Aquis Stud Farm, on January 1 and has relocated from Lambourn to the company's headquarters in the Scottish Borders.

Kent said he has no plans to transform the way Goffs UK runs its business and instead is looking to maintain its present success during his first year in charge.

“We've got a wonderful team of people who all contributed to a good year in 2019 and I'm very much of the opinion that what we do has worked well so far, so I'm not here to make any huge changes,” he reported.

“Ninety per cent of what we do isn't broken and therefore doesn't need fixing, for all that there are minor tweaks we can make.

“I'm looking forward to working with the team to maintain the current sales calendar, and really just to improve on what we already do. If we can do that and hit our financial targets I'd consider it mission accomplished in year one.”

Back to the more immediate business of this week's sale, which features National Hunt short yearlings and breeding-stock on Tuesday and horses in training and point-to-pointers on Wednesday, Kent struck a positive note.

“We've got a great collection of youngsters and we've had a positive response since the catalogue came out,” he said. “Between myself and colleagues we've seen a fair selection of them and they live up to their pages.

“We've had a good number of people looking at them already, and the vendors are busier than they were last year at the same stage.

“Having seen strong trade at both of the National Hunt foal sales towards the end of the year in Ireland, we're hopeful it can continue here.” 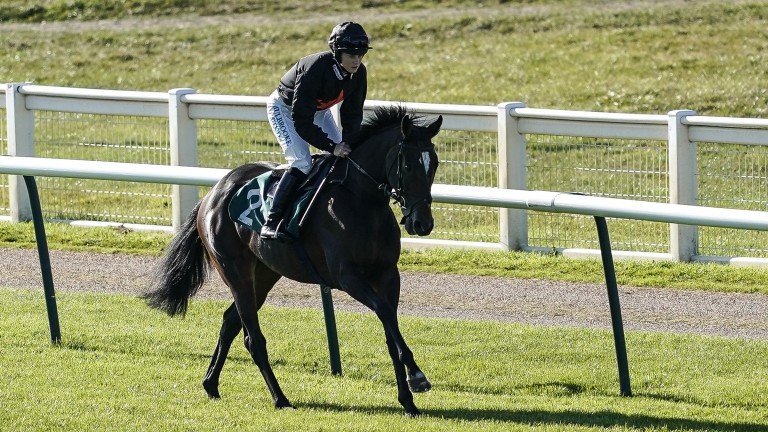 There are also two Kayf Tara colts who boast black type-winning dams on offer – one out of She Ranks Me (124) and the other out of Stravinsky Dance (131).

Among the breeding stock in the catalogue are three who qualify for the TBA Elite National Hunt Mares Scheme and whose new owners will thus be able to claim subsidised or even free nominations to eligible British-based stallions.

They are Desirable Court (138), a Listed-winning chaser by Court Cave in foal to Walk In The Park; Smuglin (142), a four-time scorer by Sir Harry Lewis pregnant to Blue Bresil; and Dizzy Frizzy (162), a daughter of Loup Sauvage who is the dam of Grade 1-placed chaser No Comment.

Another mare sure to be in demand is Chica Buena (169), a Listed juvenile hurdle winner by Thewayyouare offered as part of a dispersal of stock from Straightline Construction.

Timmy Hyde's powerful Camas Park nursery is responsible for two highlights in Wednesday's session – Keskonrisk (236), a five-year-old son of No Risk At All who sauntered to a four and a half-length success in a Fairyhouse bumper on New Year's Day, and Vanillier (245), a son of Martaline who won between the flags at Dromahane last month.

Other point-to-pointers on offer include Not A Loss (241), a Milan mare who scored by six lengths at Dromahane for Robert Tyner recently, and Robin Des Theatre (258), a daughter of Robin Des Champs sent out by Donnchadh Doyle to make all at Tinahely this month.

The catalogue has lost one of its potential headline makers with the withdrawal of Soviet Pimpernel, an impressive winner of a Grade 3 hurdle at Limerick over the festive season, but as one door closes another one opens and it has gained A Distant Place (264), a six-length winner at Carrigarostig for John Staunton on Sunday.

FIRST PUBLISHED 6:22PM, JAN 20 2020
I'm very much of the opinion that what we do has worked well so far, so I'm not here to make any huge changes