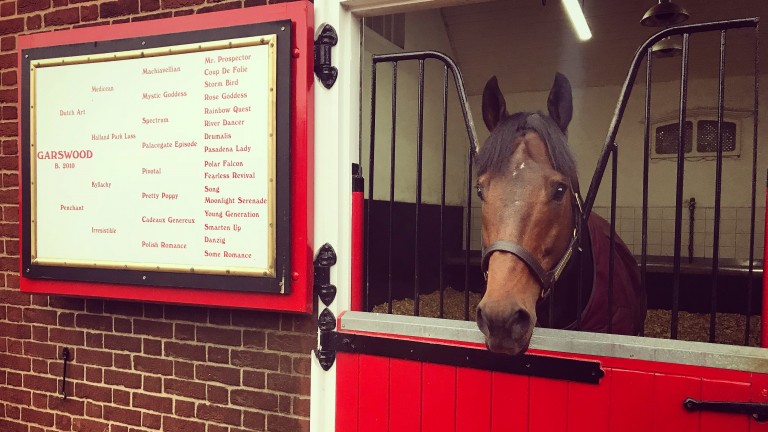 It is relatively uncommon for a bona fide stallion prospect to appear at public auction, and it is an even more uncommon event when said stallion has just sired a Royal Ascot winner, but that is precisely what will transpire when Houghton Bloodstock offers Garswood as lot 340 at the upcoming Tattersalls July Sale.

The son of Dutch Art was a classy performer while under the care of Richard Fahey and owner David Armstrong, with his four victories including the Listed Harry Rosebery Stakes at two, the Group 2 Lennox Stakes at three and, most importantly, the Group 1 Prix Maurice de Gheest at four.

Having been bred and sold as a foal by Cheveley Park Stud, the operation bought back into the horse ahead of his three-year-old campaign, and duly retired the colt to stand at the Newmarket farm for the 2015 breeding season.

His third crop yielded Significantly, who helped put his sire's name back in lights when landing the Palace Of Holyroodhouse Stakes at Royal Ascot, while his recent run of good form has also included taking juvenile winner Foden and classy Newcastle handicap scorer Hartswood.

"I've had a lot of calls about him already from all over the globe and there's a lot of places he could do a very good job in," said Houghton Bloodstock's Robin Sharp. "He's a fine-looking horse and a Group 1 winner who's bred Group winners himself. 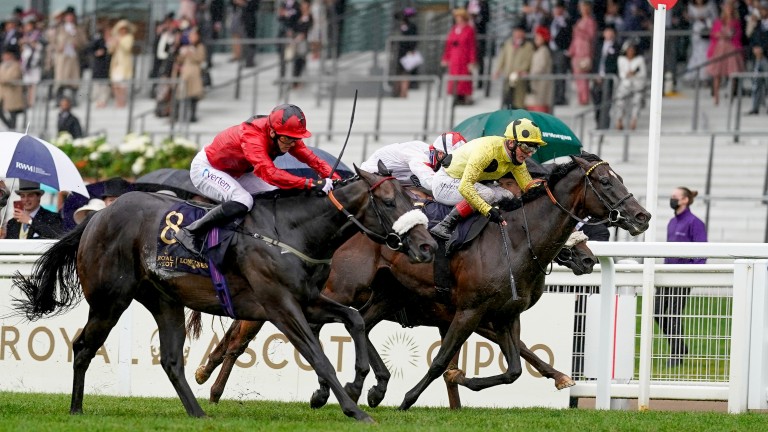 Significantly (red): son of Garswood sticks his neck out and wins the Palace Of Holyroodhouse Stakes at Royal Ascot
Alan Crowhurst

"He had a very impressive two-year-old winner just the other day, Foden of Richard Hannon's, and obviously he had a Royal Ascot winner with Significantly. We thought he was going to get a double when Pendleton ran in the Wokingham - but his day will come soon."

Garswood, who has spent the last two years at Haras de la Huderie just outside Deauville, represents such a rare commodity that he will be the first stallion that Houghton Bloodstock has taken to public auction.

"There's not many of these sires who actually go to Tattersalls and I've never taken a stallion there before, but I'm looking forward to selling him," said Sharp.

"He's got a lovely temperament, he arrived with us from France last week and he's settled in well. He's a helluva stamp of a horse; he's got lovely short cannon bones but he's very strong as well.

"There's still a lot to look forward to with him and he could even become a good broodmare sire in time being from the Mr Prospector line."