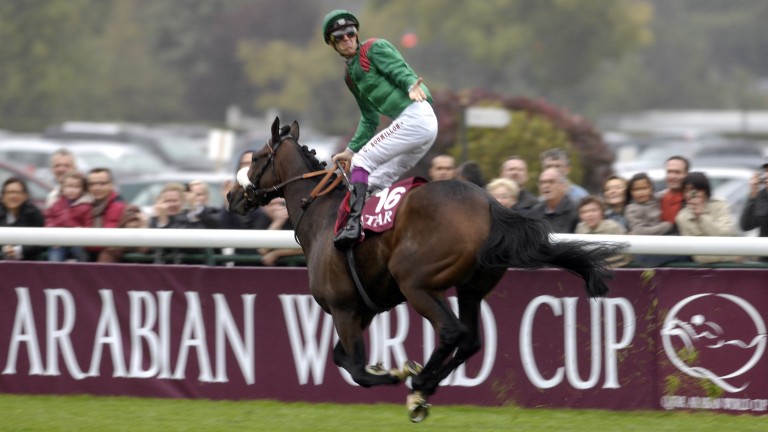 Christophe Soumillon can afford to look over his shoulder as Zarkava wins the 2008 Arc
Edward Whitaker
1 of 1
By Ollie O'Donoghue UPDATED 3:57PM, APR 3 2019

Flat fans are in for an unmissable treat as Zarkava's son Zarkallani makes his debut in the mile Prix Pas De Deux for unraced three-year-olds at Saint-Cloud (2.25pm local time/1.25pm BST) on Thursday.

The Invincible Spirit colt becomes the third runner out of his exceptional dam, whose seven-start career culminated in success in the Prix de l'Arc de Triomphe, a victory described by the Aga Khan as 'the apogee' of his family's involvement in racing and breeding.

The family stretches back to foundation mare Mumtaz Mahal, who was raced by the Aga Khan's grandfather in the 1920s, via 1,000 Guineas heroine Petite Etoile.

The homebred Zarkallani is trained by Alain de Royer-Dupre, who has nurtured generation after generation of the family, including Zarkava and Zarak, the mare's Group 1-winning son by Dubawi.

Christophe Soumillon formed an invincible partnership with those two and will be given the leg-up on Zarkallani, who holds entries for the French Classics and Derby later in the season.

As well as Zarak, who is standing his second season at Haras de Bonneval at a €12,000 fee, Zarkava also produced last year's Prix Vermeille third Zarkamiya, a filly by Frankel.

Zarkava also has a two-year-old Siyouni filly named Zaykava, a yearling colt by Sea The Stars and paid a visit to Dubawi last year. 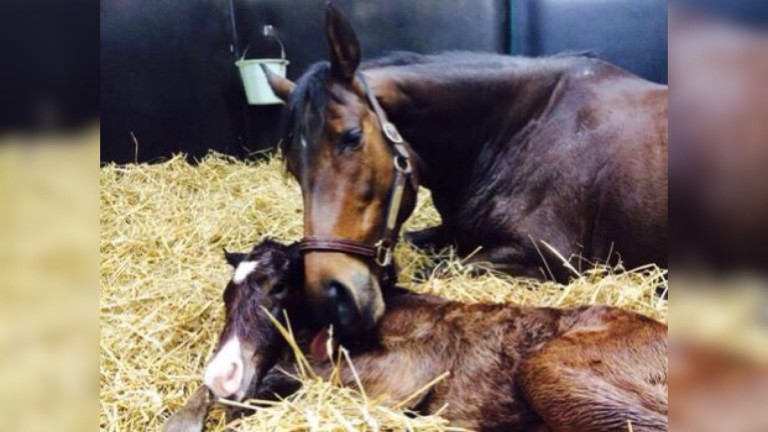 It will not be all plain sailing for Zarkallani at Saint-Cloud, however, for among his 12 well-bred rivals is Tiki, a Galileo half-brother to last year's Prix du Jockey Club hero Study Of Man and grandson of the esteemed racemare and blue hen Miesque.

Tiki, a homebred for the Niarchos family's Flaxman Stables Ireland, is trained by Pascal Bary and will be ridden by Stephane Pasquier.

Joining them in the line-up will be Shadwell homebred Mustabeq, an Exceed And Excel half-brother to US Grade 1 winner Almanaar. Freddy Head's charge is the mount of Aurelien Lemaitre.

FIRST PUBLISHED 3:35PM, APR 3 2019
Zarkava's Arc win was described by the Aga Khan as 'the apogee' of his family's involvement in racing and breeding