Newsells Park Stud maintains Nathaniel at £25,000 for next year 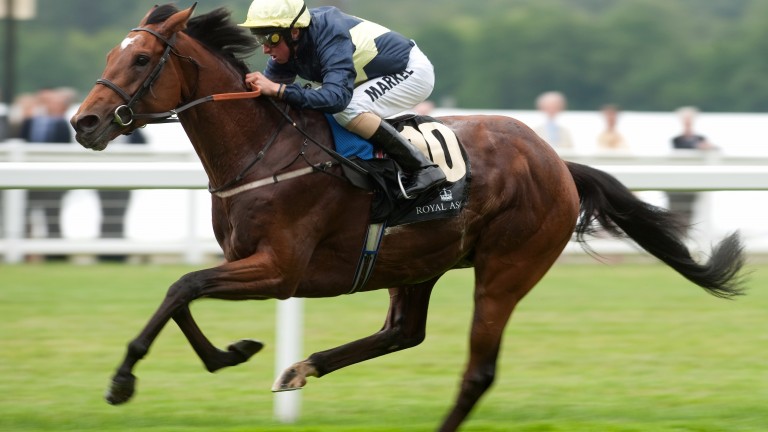 After another year of Enable taking a starring role on the track, Newsells Park Stud has announced that her sire Nathaniel will remain at £25,000 for 2020.

The other resident of the Hertfordshire operation, Equiano will also remain unaltered for next year at £6,000.

"In particular Nathaniel has solidified his position as one of Europe’s leading young stallions with another five Group winners and 13 Group/stakes performers in 2019, led by the phenomenon that is Enable, undoubtedly one of the greatest ever race fillies to grace a racecourse.

"A second Classic winner in Channel, winner of the Group 1 Prix de Diane, as well as two further Group 2 winners, Amorella (who was also Group 1 second) and Royal Ascot scorer, Dashing Willoughby, show that Nathaniel is one of Europe’s best middle distance sires.

"With the consistent volume of Group winners and performers he is producing, Nathaniel must be regarded as the best son of Galileo (after Frankel) and exceptionally good value compared to his peers."

Equiano also has a notable recent success to speak of and Dollar added: "His reputation for siring tough, consistent sprinters, could not have been better exemplified than Belvoir Bay’s wire-to-wire success in last weekend’s Grade 1 Breeders’ Cup Turf Sprint.

"Now the winner of nine Group and stakes races, this incredibly tough filly only gets better and better.

"With multiple Group 1-winning sprinter, The Tin Man, once again placed in Group 1 company and other Group and stakes winners this year including, Gustavus Weston, Equilateral and the ultra-tough Dakota Gold, Equiano's stock continue to mark him out as a stallion that should appeal to breeders looking for speed as well as great value."

FIRST PUBLISHED 4:31PM, NOV 8 2019
Nathaniel has solidified his position as one of Europe’s leading young stallions with another five Group winners and 13 Group/stakes performers