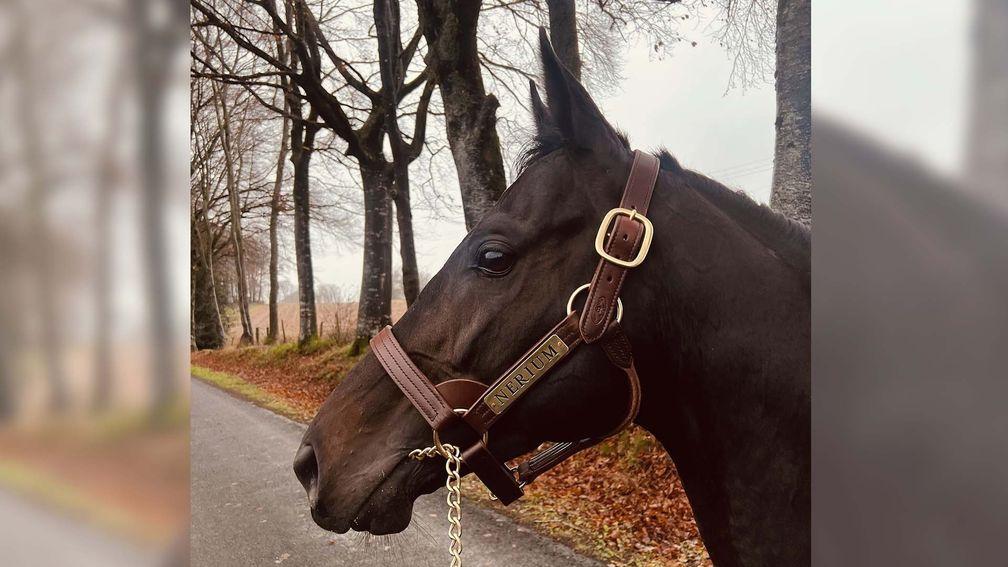 Karwin Farm is not only a first-time stop on the Route des Etalons this year but an entirely new operation which will be showing off four stallion arrivals to visitors.

The stud at Bagnoles de l'Orne, around 100km or so south of Deauville, is the brainchild of Gregory and Ambre Vayre, long-standing show jumping riders who began breeding sport horses but have also gained plenty of experience in the thoroughbred world.

While Ambre ran several restaurants in Bordeaux, Gregory first managed Haras des Senora for Thierry Leger then Haras de Mandore, for the De Watrigant family before they decided to make a go of it under their own steam.

Much time and effort has been invested in expanding the land on the farm, which was previously primarily used for cattle and breeding trotters, and building new facilities. The couple have been breeding from their own mares and taking in boarders, initially with more of a National Hunt leaning, but they have started to diversify into the Flat world.

"In 2018 we created AGV Karwin Stud, which manages racehorses and trade," explains Gregory Vayre. "The stud farm was created last year and we had a year of work before opening it to customers."
Van Beethoven has also moved across from Haras de GrandcampCredit: Racing Post/Scott Burton

The most eye-catching recruit to the set-up is Lawman, who began what has become a long and successful career with Ballylinch Stud before spending four seasons in France at Haras de Grandcamp.

The Prix du Jockey Club and Jean Prat winner has supplied 36 stakes scorers to date including half a dozen at the highest level, including his Classic stars Just The Judge and Harbour Law and the juvenile talents Marcel and Pretty Gorgeous.

"We always wanted to welcome stallions," Vayre continues. "The difficulty is especially to surround yourself with good people. We were fortunate to have good brokers to help us find good stallions and we were looking for jumping and Flat profiles.

"Richard Venn was the link between Ballylinch and us. This is a great opportunity for the stud to welcome a confirmed stallion like him."

Karwin Farm has been running a few horses under its banner including Heart Wood, by Choeur Du Nord, who won the Listed Prix Universe II at Auteuil in March and was second to Hollow Games on a first start for Henry de Bromhead as well as Gold Tweet, who took the Grade 3 Prix Hopper at Compiegne.

Others have landed races on the level, such as Saisissante (by Pedro The Great) and Polly Gray (Sea The Moon).

Gregory and Ambre Vayre, right of jockey Christophe Soumillon, have enjoyed some success with their colours on the track

Their passion for jumping is expanded upon with the signing of dual-purpose prospect Nerium. Venn also helped to hook the stoutly-bred son of Camelot, a Group 2 winner who was placed behind subsequent Prix de l'Arc de Triomphe heroine Alpinista in two German Group 1s.

Well-regarded by trainer Peter Schiergen during his racing career, he was bred by Ursula and Jurgen Imm and is from the family of German Derby winner Nicaron, who had some success with jumps runners in France from small crops.

"We recruited Nerium because his profile is mixed," Vayre explains. "We are very involved in obstacle races and his profile corresponds to our expectations."

Karwin managed to secure Van Beethoven a little while before adding Nerium. The son of Scat Daddy had a tremendously busy juvenile season with Aidan O’Brien, the pick of his efforts being a win in the 2018 Railway Stakes.

He would later finish a good second in the Secretariat Stakes at Arlington Park as a three-year-old and had his first foals born in 2022, with 33 of them registered in France from his stint at Grandcamp.

"Today we see that all the sons of Scat Daddy can produce," says Vayre, with a nod to the likes of No Nay Never and Justify. "The first foals are very beautiful. Van Beethoven is a very beautiful horse with size and he moves very well."

The final name on the roster is a bit more unfamiliar, as well as tricky to spell. Keiai Nautique, who won the Grade 1 NHK Mile Cup as a three-year-old and put in a number of other hard-knocking performances in Japan, running third behind the very smart Vin De Garde in a Grade 2 a couple of years later.
The well-travelled Keiai Nautique brings Deep Impact blood to FranceCredit: Karwin Farm

He would move on to the Matthew Smith stable in Australia, showing positively in a handful of starts and winding up with a fourth to Zaaki in the Group 1 Mackinnon Stakes. After a deal brokered by Emmanuel de Seroux, the well-travelled eight-year-old finds himself in Normandy.

"Keiai is the first Group 1-winning son of Deep Impact to stand in France," Vayre explains. "He is a precocious horse because he won on his debut at two years old over 1600m and later winning his Group 1 at three.

"He’s very well bred as he’s son of a dual Group winner [Keiai Gerbera by Smarty Jones] and is an own brother of the triple Group 1 winner Fierce Impact [trained by Smith to land the Cantala, the Makybe Diva Stakes and the Toorak Handicap]. Keiai Nautique is a vector of precocity and speed.

"Overall, we are very happy to have four different profiles that can hopefully satisfy the breeders."

The Vayres have priced their stallions competitively with Lawman top of the pack at €6,000, a drop of 25 per cent from his former perch, with Keiai Nautique coming in at €5,000 and Van Beethoven at €4,000. Frugal National Hunt breeders might like the look of Nerium, who is chalked up at a modest €2,800 to get him up and running.

The work is not exactly just beginning, because the pair have been hard at it perfecting the paddocks among this pretty, wooded part of the world and putting up new barns for some time now.