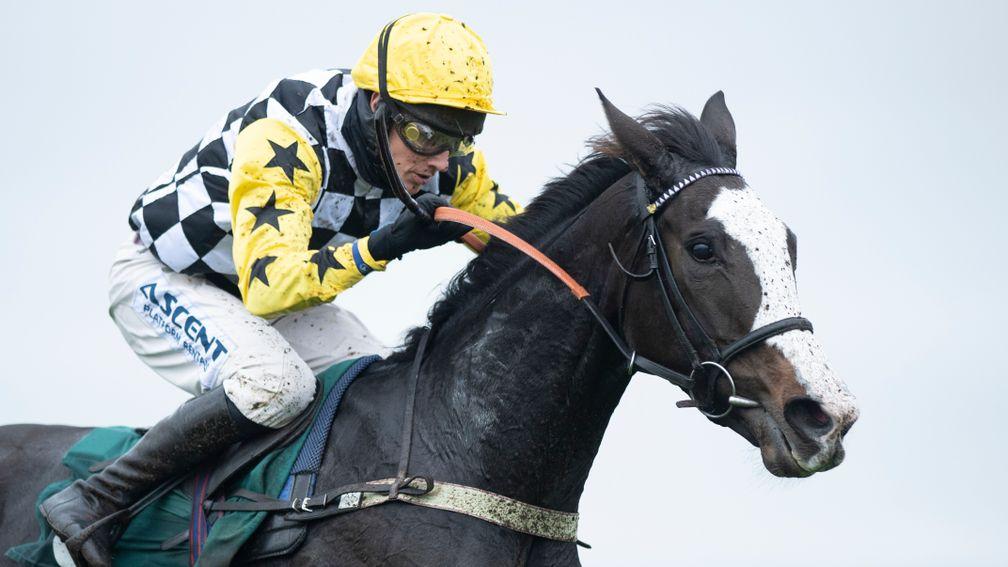 The decorations have resumed their attic hibernation, festive playlists have been hidden until December and the punitive themes of dry and vegan January have lost much of their appeal as the longest month takes its sweet time in reaching a conclusion.

On Tuesday the Goffs UK January Sale arrives to lift the new year gloom, with an expanded selection of National Hunt foals and a new Cheltenham Festival bonus to tempt buyers to the first physical sale of 2023.

The January Sale bonus offers the added incentive of £100,000 for the first horse who can win any race at Cheltenham either this March or next. Four horses, who come under the hammer on Wednesday, are eligible for the prize, which will be divided between vendor, trainer and owner, with £50,000 for the successful vendor and the remaining £50,000 split equally between the winning trainer and owner.

The quartet of potential bonus winners definitely come under the heading of lots to watch, and purchasers will have to sit on their hands until the end of selling as the four come at the back of the catalogue.

First up is Fashionelle (Lot 293), a four-year-old daughter of Champs Elysees who finished second on her debut in a Huntingdon bumper this month for trainer Rae Guest and owner-breeder Victoria Markowiak.

The grey is out of the winning Fantastic Light mare Featherlight and is a half-sister to a pair of winners that includes the successful hurdler Zarrar. Her second dam is the Listed October Stakes third Feathers Flying. Under the fourth dam are the Group 1-winning siblings Alpine Rose and Fragrant Mix, by Linamix.

Fashionelle is from the final crop of Champs Elysees, and just the second he sired from Castlehyde Stud as a National Hunt-oriented stallion. In that sphere, his best offspring include the Grade 2 Dovecote Novices' Hurdle winner Cape Gentleman.

The Cox Express (294) is a son of Cityscape but Tom Lacey's four-year-old, who won a Warwick bumper on his debut this month, comes from the family of Shirocco, sire of Annie Power.

He is a half-brother to Listed Prix Scaramouche winner She Is No Lady, a daughter of Lope De Vega who was also third in the Group 2 Henry II Stakes. Ridden by Fran Berry, she was fourth to Big Orange and Order Of St George in the Gold Cup at Royal Ascot.

They are two of the five winners from six runners foaled by Capestar, a winning Cape Cross half-sister to So Sedulous, who is the dam of Shirocco. The German Derby, Breeders' Cup Turf, Coronation Cup and Gran Premio del Jockey Club winner by Monsun is one of five black-type winners out of the daughter of The Minstrel and the others include two Monsun colts who were both third in the German Derby.

Vanillier is the most recent graduate of the Goffs UK January Sale to subsequently enter the hallowed Cheltenham winner's enclosure in triumph. Gavin Cromwell's Grade 1 Albert Bartlett Novices' Hurdle winner landed a Dromahane four-year-old maiden for Sam Curling prior to Camas Park Stud offering him for sale in Doncaster.

This year two recent point-to-point winners, both five-year-olds, have been entered in the auction and both are eligible for the bonus.

Peter Molony's Rathmore Stud offers Rockstown Native (295), a Califet gelding who was successful at Turtulla for Paurick O'Connor this month. It was just the second start of his career and Rockstown Native is a half-brother to three track winners out of Pandalute, an Indian Danehill half-sister to the Listed Summit Junior Hurdle third Moment Of Glory.

From the first Irish crop of the Derby and Arc hero Workforce comes Taita Hills (296), from Andrew Pennock's Dalmer Lodge Stables. Successful on his most recent start, at Ampton in Suffolk, he is out of the winning pointer Lady Benmear, a daughter of one of the most celebrated former residents of Knockhouse Stud, Beneficial. Further back on the page is Porterstown Handicap Chase winner Droim Toll.

The first day of the auction comprises the largest group of National Hunt foals and weanlings ever entered in the January Sale, plus a collection of broodmares and broodmare prospects.

One of the undoubted highlights of the breeding stock catalogued is the Grade 2 Nickel Coin Mares' Bumper winner and Grade 1 Challow Novices' Hurdle third The Glancing Queen.

Offered by Mill House Stud to dissolve a partnership (210), the nine-year-old daughter of Jeremy was twice a Listed winner over fences for Alan King and is out of a Kayf Tara half-sister to Operating, winner of the big novice handicap chase at the Punchestown festival for Jessica Harrington.

The daughter of Farhh won six of her 20 starts and is one of four winners from six runners produced by Fen Guest, a Woodborough half-sister to the Listed Warwickshire Oaks winner Ronaldsay. She is the dam of Jersey Stakes winner Gale Force Ten, who was also second in the Irish 2,000 Guineas and third in the Middle Park Stakes for Aidan O'Brien.

Second dam Crackling is a half-sister to Moyglare Stud Stakes winner Bianca Nera, second dam of Group 1 winners Postponed, God Given and Turning Top. Another of Crackling's half-sisters, Hotelgenie Dot Com, is the dam of Falmouth Stakes and Fillies' Mile winner Simply Perfect, who in turn is the dam of last season's Group 1 Criterium International winner and National Stakes second Proud And Regal.

Fiveandtwenty contested the Grade 3 juvenile fillies' handicap hurdle at Cheltenham won by Her Indoors, who is lot 216. The daughter of Raven's Pass is consigned from the Barbury Castle yard of her trainer Alan King and the six-year-old, who was also successful in a Listed contest over hurdles, has an excellent pedigree.

Her dam Superfonic is a Zafonic half-sister to the brilliant Goldikova, the only triple winner of the Breeders' Cup Mile. The late, great 14-time Group 1 winner produced the Group 3 winner Terrakova and Listed winner Goldistyle, both of whom were third in Group 1s.

Lot 218 is an unraced Fame And Glory mare named Will She Do, consigned by Robert Waley-Cohen's Upton Viva Stud. She is offered in foal to Masterstroke, the Group 2 Grand Prix de Deauville winner and Arc third by Monsun who is a half-brother to the second dam of Derby winner Masar and out of a half-sister to Sea The Stars and Galileo.

Nube Negra: His Walk In The Park half-brother is an early sale highlightCredit: John Grossick (racingpost.com/photos)

Will She Do is a half-sister to the Sea The Moon (106) filly from the same source, their dam being the Grade 1 Prix Alain du Breil winner Tidara Angel.

The pedigree is a strong one as Tidara Angel is an Oratorio half-sister to Grade 1 Prix Camabeceres Hurdle winner Tidal Fury and to the Group 1 Matron Stakes winner Fiesolana.

That March-born filly is one of approximately 190 foals catalogued for sale on Tuesday, with several of them boasting Cheltenham stars as relatives.

None come more famous than the dual Champion Hurdle heroine Honeysuckle, and Doug Procter, who raised and sold the 11-time Grade 1 winner from his Dorset farm, The Glanvilles Stud, offers a Nathaniel filly (65) out of a half-sister to Honeysuckle.

The April-born filly is the third foal out of Roc Royal, by Shirocco, and a year older than Honeysuckle. Their dam First Royal was twice placed in Listed hurdles and the Lando mare is related to the German St Leger winner First Hello.

Meanwhile, a colt by the hottest sales sire around is predicted to be one of the early highlights in Doncaster.

Alne Park Stud presents a Walk In The Park half-brother to the Grade 2 winner and four-time Grade 1-placed Nube Negra (25). The May foal is a grandson of the Listed winner Black Velvet and is offered on behalf of breeder, and Olympic champion, Nick Skelton.

The Goffs UK January Sale begins at 10am on Tuesday.

Why Irish National Hunt breeders might be looking to their laurels