New scheme aims to get older individuals into stud employment

E2SE training course launched by the National Stud and TBA 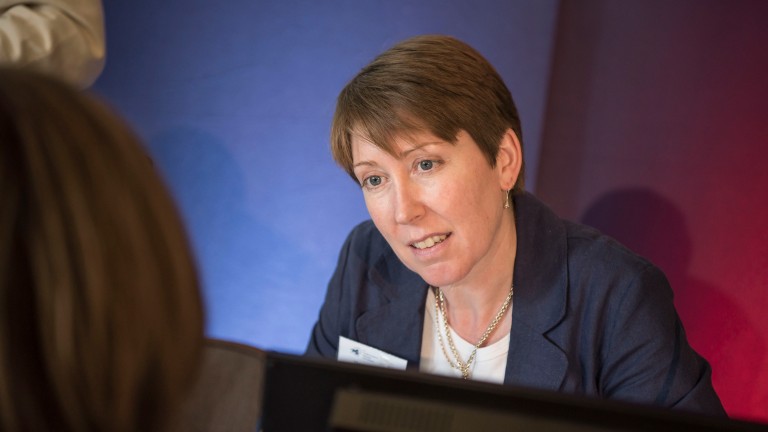 A new scheme to attract more mature jobseekers looking to work in the breeding industry in Britain was launched at the Thoroughbred Breeders' Association seminar in Newmarket this week.

E2SE, as the National Stud course will be known (short for entry to stud employment), has been created in response to staffing issues on farms as well as government restrictions placed on entry-level courses previously offered to 16 to 18-year-olds.

TBA vice-chairman Paul Greeves explained that surveys undertaken by the organisation with The Racing Foundation had shown a 67 per cent increase in the annual vacancy rate in thoroughbred breeding between 2014 and 2016/17 – from nine per cent to 15 per cent – with employers reporting skilled recruits as hard to find.

“Provision of entry-level training has been narrow, focusing on 16 to 18-year-olds,” said Greeves. “Why? Because you get significant government funding which is important to the National Stud as the education supplier.

“But it comes with restrictions such as teaching a certain curriculum including subjects the students would have learned at school.

“Interestingly, there has been no clear and effective entry route for others, including mature individuals and those already in employment. Our challenge was to provide training for mature entrants but without the government funding as it is not available to those individuals.”

Partners in the scheme are the TBA, Levy Board, BHA and The Racing Foundation. Greeves said additional funding of £250,000 had been secured from the TBA, taking their commitment to a total of £300,000.

The new age group of recruits the course means that it would achieve a degree of financial self-sufficiency as well, he added.

“If E2SE is as successful as we hope, the more mature individuals coming in will be more likely to be able to pay for themselves; people coming out of the armed forces, for example, have funds given to them to support their new careers.

“So we're hoping the course becomes sustainable longer-term through self-support.”

National Stud training director Tabbi Smith confirmed that courses offered for 16 to 18-year-olds are to be phased out, with apprenticeships running alongside E2SE to be restricted to just those aged 18.

“We have been taking people who have never touched horses before and the courses have been successful - we are very proud of the people we have got into the industry and there are a lot of positives,” she said. “But we have been restricted by funding methodologies, age range, prior qualifications, GCSE results and so on. We could not take who we wanted to take, or who was best for the industry.

“Those rules have meant that keen enthusiastic people with plenty of aptitude and passion and drive to get into the industry were never offered a route in as a beginner. The new E2SE course fills that gap.”

E2SE students will be shown the ropes of work on a stud farm in a nine-week residential course at the National Stud, learning a range of skills in three main elements: horse handling, yard work and team skills. An overview of veterinary work and basic skills such as bandaging, grooming and how to use blowers and strimmers will also be given before students are sent on work placements.

“The aim is to give students a suite of qualifications,” Smith said. “When they arrive with employers there should be little need for more induction – that includes things like first aid, health and safety and handling horses.

“We will also need to keep on top of what's going on, and the students will receive weekly guidance on the residential course and when they are out on their placements, the same model as always will be followed; we will see them on a regular basis and support them, while also gaining employer feedback.”

Despite minimal publicity for E2SE before its launch, the National Stud had already received 30 expressions of interest and nine applications, with two offers of placements made.