Both are standing their first breeding season 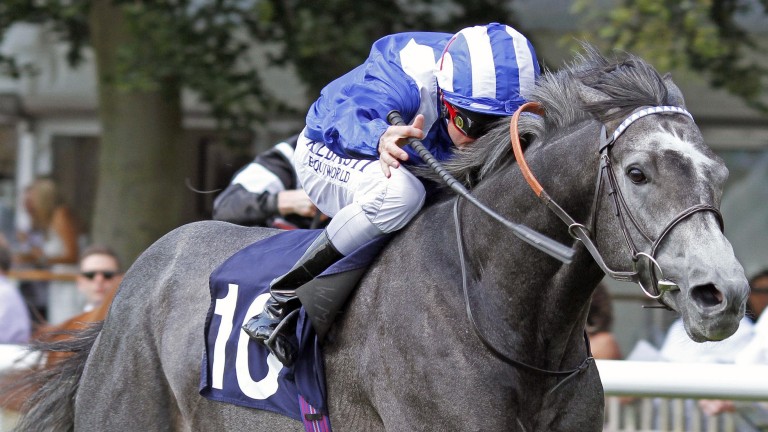 Derrinstown Stud new recruits Awtaad and Markaz have both had their first mares tested in foal.

Awtaad, a son of Cape Cross, was retired to stud after his three-year-old campaign which saw him land the Irish 2,000 Guineas.

Five of the mares Awtaad covered so far this year have been reported in foal including the Redpender Stud-based Street Style, the dam of Panama Hat, whose seven successes include the Group 3 Diamond Stakes and Listed Lenebane Stakes.

The other four mares confirmed in foal include Kanes Pass, Harmonic Note and Soviet Terms.

Kanes Pass, a daughter of Clodovil, won seven races for trainer Willie McCreery, including the Listed Knockaire Stakes, as well as being placed in the Listed Garnet Stakes. This will be her second foal.

Harmonic Note is one of five winners out of a half-sister to Hong Kong champion Mensa and the top-class sprinter Firebolt. Her first foal, a colt by Oasis Dream, fetched €140,000 as a yearling last year when bought by Kevin Prendergast.

Soviet Terms, out of a half-sister to Lowther Stakes winner Best Terms, is the dam of four winners to date including Summer Chorus who won four races at two and three.

Markaz, a Group 3-winning brother to Mecca's Angel, has had six mares tested in foal including On The Dark Side and Spirit Of Alsace.

On The Dark Side won at two and was placed in the Listed Woodcote Stakes. She is a half-sister to the Group 3 Select Stakes and Listed Steventon Stakes winner Red Badge. Spirit Of Alsace is one of three winners from the first four runners out of her stakes-performing dam Alsace.

FIRST PUBLISHED 5:01PM, MAR 6 2017
Markaz has had six mares tested in foal including On The Dark Side and Spirit Of Alsace