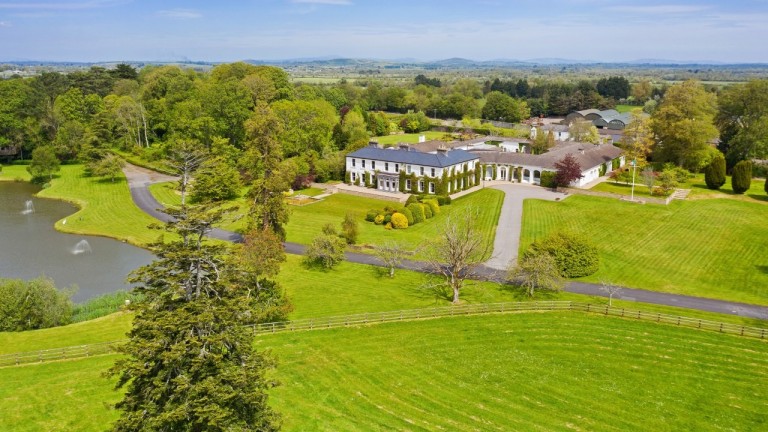 Negotiations over the sale of Kilfrush Stud are ongoing after the famed Limerick nursery failed to sell at auction on Wednesday afternoon.

The property, the birthplace of champions such as Last Tycoon, No Pass No Sale and Immortal Verse, was withdrawn from sale when the bidding stalled at €6.1 million. Negotiations between the current owner, Qatari businessman Mubarak al Naemi and the highest bidder, Andrew Nolan of Goffs, who was acting on behalf of a client, duly began.

David Ryan, manager of Kilfrush Stud, confirmed that an agreement had yet to be reached as he left the Dunraven Arms on Wednesday evening with Al Naemi.

Storied Flat nursery Kilfrush Stud to be auctioned in July

"We're still in negotiations with the highest bidder, and I can't say any more than that at this stage," he said.

Kilfrush Stud had a guide price of €5.5m and auctioneer Paddy Jordan of Jordan Town and Country asked for an opening bid of €5m but eventually accepted an offer of €4m from an unidentified party sitting in the back row. Nolan then upped the bid by €100,000 and the pair exchanged six-figure blows as the price crept up in increments of €100,000.

Twice the bidding appeared to have stalled only for the combatants to raise the stakes once more, but when Nolan offered €6.1m his opponent was forced to give way. With nobody else in the crowd of local stud owners and farmers prepared to make an offer, Jordan halted proceedings and left the room with Al Naemi and Ryan to confer.

While they were gone, those gathered in the small function room that overlooks Adare's busy main street speculated on the meaning of the interruption and whether the property would change hands.

They had their answer when Jordan took up his gavel once more and attempted to draw out another bid, but when none was forthcoming Kilfrush Stud was withdrawn from sale and negotiations with Nolan began behind closed doors.

FIRST PUBLISHED 6:04PM, JUL 24 2019
We're still in negotiations with the highest bidder, and I can't say any more than that at this stage