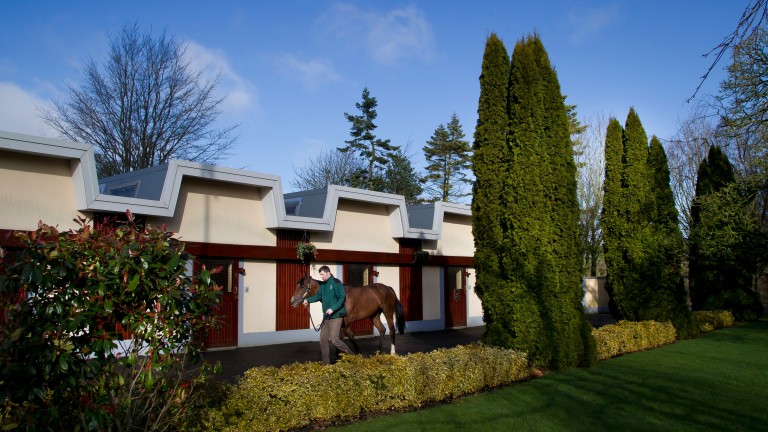 Irish National Stud chairman Matt Dempsey has underlined the pressing demand to find a successor to the operation's ageing flagship stallion Invincible Spirit as accounts for 2018 reported declines in profit and revenue.

“2018 was another satisfactory year, with continued profitability and strong performance,” said Dempsey in his chairman's statement. “This was again largely attributable to Invincible Spirit who remained at a career high fee of €120,000 per nomination. He continued his outstanding success adding three more Group 1 winners and producing no fewer than 19 individual stakes winners in 2018.

“His ascending age profile has reduced the income he can generate in relation to the number of mares he can reasonably service, down from 122 in 2017 to 104 in 2018. In this context the need to reinvest and the need to find the successor grows ever stronger.”

Invincible Spirit, now 22, has further enhanced his reputation this year, with Magna Grecia landing the 2,000 Guineas and Inns Of Court, Invincible Army and Big Brothers Pride winning notable sprint races. His appeal as a sire of sires has also increased, with son Kingman excelling during his sophomore season.

He was responsible for the lion's share of the Irish National Stud's stallion revenue with the next most expensive members of the roster in 2018, Decorated Knight and Free Eagle, both priced at €15,000.

Since the Irish National Stud's accounts for 2018 were filed, the operation has secured Phoenix Of Spain, the Irish 2,000 Guineas winner by the popular Lope De Vega, for its roster.

Decorated Knight was one of two new stallions at the stud last year, along with National Defense, and Dempsey said: “Both made a reasonable start covering 66 and 64 mares respectively. In the case of National Defense an injury in mid-season limited his numbers greatly. Notwithstanding this there are still enough foals to be born in 2019 to allow him to have a good chance to succeed.”

The chairman's statement also hailed a successful yearling sales season with a draft that fetched €1 million in total, and a fine result for the stud's Breeding and Racing Club with the sale of a No Nay Never filly for €170,000.

The stud's tourism section performed well, with admissions revenue up four per cent after attracting more than 127,000 paying visitors.

The Irish Racehorse Experience, which received approval of grant funding from Failte Ireland, was set to commence building this year in the first major capital development project at the stud since the visitor centre was built in 1994.

2018 was chief executive officer Cathal Beale's first full year in charge of the Irish National Stud, having taken over the reins from John Osborne in July 2017.