National Stud releases prices for Tivaci and Spill The Beans

Tivaci is by same sire as Melbourne Cup hero Rekindling 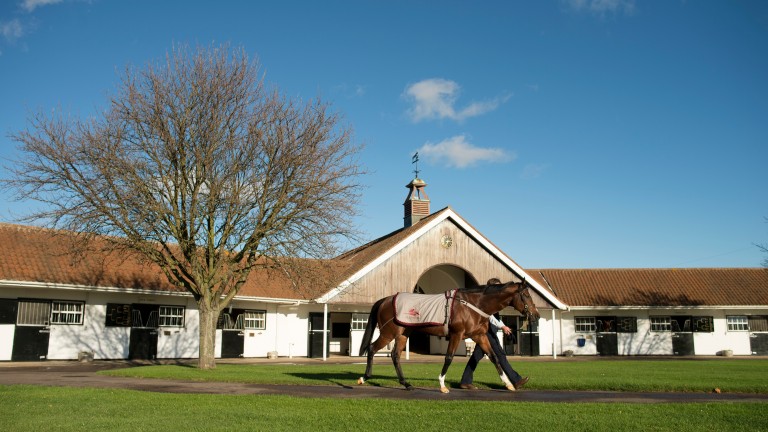 The National Stud has released next year's covering fees for its roster of young stallions with shuttler Tivaci, a son of Melbourne Cup hero Rekindling's sire High Chaparral, pitched at £8,000 for his northern hemisphere debut.

Tivaci was a Group 1 winner over seven furlongs in the All Aged Stakes at Randwick and is currently standing his first season at Waikato Stud in New Zealand.

Spill The Beans, another who is shuttling to the National Stud from Australasia for the first time, is being pitched to European breeders at £6,000.

He is a Group 2 sprint-winning son of red-hot sire Snitzel and stands at Aquis Farm in Australia, where he was the country's busiest new stallion in the 2016 breeding season.

"Tivaci is a son of High Chaparral, and will be his only son at stud in Britain next year," said National Stud manager Tim Lane. "He was a seriously fast racehorse, and has been hugely popular this year in his first season at Waikato Stud.

"He backs up good looks with Group 1 sprinting form, and a pedigree that combines champions High Chaparral and Fastnet Rock."

Lane added that Spill The Beans' first foals offered encouragement. "Spill The Beans will be the first son of Snitzel to stand in Europe, and gives breeders access to one of the hottest sire-lines in the world right now.

"He epitomises Australian speed with multiple stakes wins over five-and-a-half to seven furlongs and was precocious, tough and incredibly fast.

"As the most popular first-season sire in Australia last year, his resulting first crop of foals look very impressive."

The two other recruits who make up the National Stud's large intake of four new stallions for 2018 – Aclaim and Time Test – will command fees of £12,500 and £8,500 as previously announced.

The existing members of the roster, Gregorian and Marcel, will stand at unchanged prices of £4,500 and £5,000.

"Gregorian's fee remains the same and he represents great value at that," said Lane. "His first crop of yearlings achieved fantastic results in the ring this year, with prices reaching up to €60,000 and averages of over six and nine times his fee in places.

"They really looked the part, have gone to all the right trainers and will be given the best start. If they're as tough as he was on the track, they'll do their breeders proud.

"Marcel's fee also remains unchanged and we're confident that you won't find any other Group 1-winning two-year-old standing anywhere at this price."

FIRST PUBLISHED 8:32PM, NOV 9 2017
Tivaci was a seriously fast racehorse, and has been hugely popular this year in his first season at Waikato Stud