O'Rourke has spent over eight years in his current role 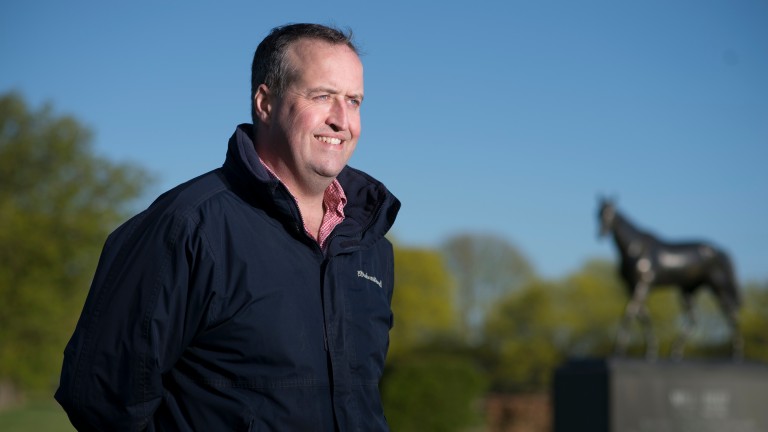 The National Stud in Newmarket has announced that Brian O’Rourke is to step down from his post of managing director in March 2017.

O’Rourke, who has been in the position for more than eight years, is to fill the same post at Cophall Grove Stud in North Yorkshire, which is owned by the Guy Reed Trust.

“I’m very proud to have served as managing director of The National Stud and of the achievements we have delivered over the past eight years,” he said.

“I feel the stud’s reputation has been enhanced and selling a mare for over a million [Eblouissante, a Bernardini half-sister to Zenyatta sold to Summer Wind Farm for 1,100,000gns at this year’s renewal of the Tattersalls December Mares Sale] was great. .

"I’m leaving the National Stud in much better shape than when I started which is fantastic. I’m sure it’s going to be extremely successful in the next eight or nine years and I wish the team all the best for the future.”

Stud chairman Ben Sangster paid tribute to the outgoing managing director, saying: “Brian and the team have done a fantastic job over the last few years and the new managing director will be coming in with solid foundations on which to build. I have greatly enjoyed working with Brian, who has been first-class in every sense,” before he added that the vacancy also presented an exciting opportunity for those with the requisite levels of experience.

“This is an excellent opportunity for a high-calibre stud manager with experience in Britain or overseas.”

The stud is also the educational arm of the Jockey Club and provides tours of the stud as well as offering a range of courses.