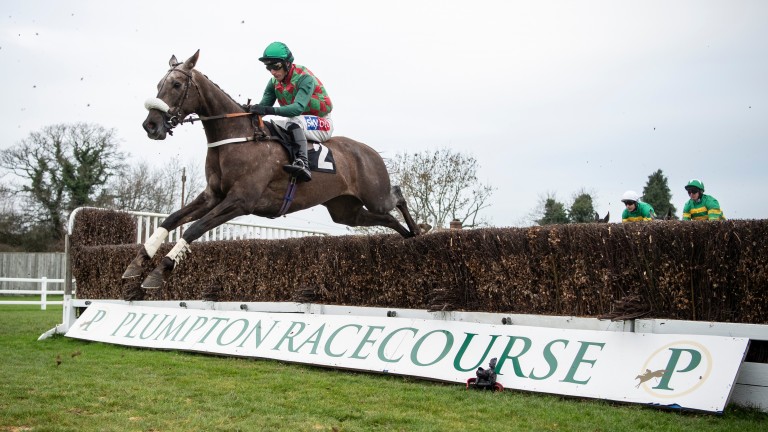 A half-sister to smart chaser Master Dino is among those on parade
Edward Whitaker
1 of 1
By Tom Peacock UPDATED 5:08PM, OCT 30 2019

With Paris gearing up for a major weekend of jumping at Auteuil, young prospects are the name of the game in Maisons-Laffitte on Thursday with 140 lots to go through the ring during the third edition of the Osarus 100% National Hunt Sale.

More than a third of catalogue are yearlings, with the rest consisting of foals and two-year-old stores as well as a handful mares and horses in training.

Among the latter is a large dispersal draft from Alexandrine Berger and Jean-Paul Gallorini including Red Risk (lot 101), a young chaser who won a conditions event at Auteuil a few weeks ago.

They are also selling Gallop's (87), a three-year-old No Risk At All sister to Gumball, who was second in Grade 1 company at Aintree for Philip Hobbs.

Other recognisable pedigrees include Haras de la Courlais' Balko colt foal Joker De Mai (18) out of a half-sister to the Haydock maestro Bristol De Mai and a Martinborough (75) half-sister to Master Dino, the Grade 1 hurdler for Guillaume Macaire who was injured when ante-post favourite for this year's JLT Novices' Chase at Cheltenham.

There are large consignments from Haras de Cercy (11 lots) and Jean Marie Callier (11) with eight from Domaine de l’Etang.

Progeny of other leading stallions including Buck's Boum, Coastal Bath, Kapgarde, Martaline Network and Walk In The Park are included along with younger stallions such as Masked Marvel, Bathyron and Prince Gibraltar.

When One-day sale on Thursday, with the session starting at 11am