Augusta Kate, Let's Dance and a sibling to Hurricane Fly among the eyecatchers 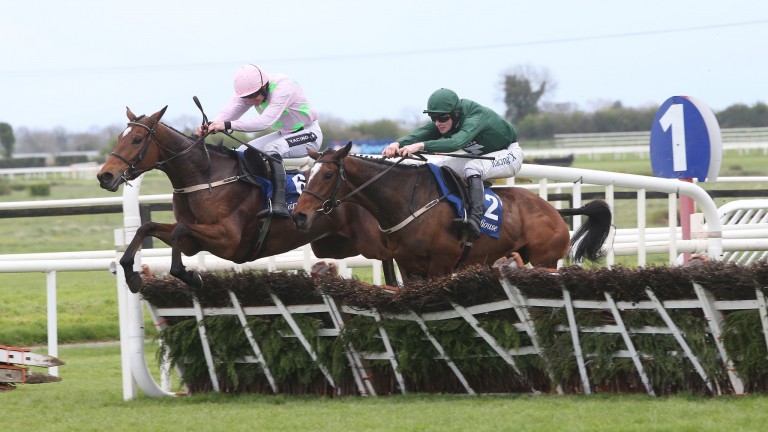 Six days of National Hunt trade kicks off at Fairyhouse on Sunday, with the opening session of the Tattersalls Ireland November NH Sale beginning at 10am.

The deep catalogue boasts a wealth of eyecatching offerings, none more so than the Walk In The Park three-parts brother to iconic hurdler Hurricane Fly (Lot 734), who will be offered by Yellowford Farm on Tuesday. Shortly before that headline lot, a Sageburg half-brother to the mercurial Yorkhill (728) will be consigned by Limekiln Stud.

Among the high-performing mares entered as breeding prospects are Grade 1 winner Augusta Kate (1,358) - owned in partnership by Graham Wylie, Alan Shearer and Ant and Dec, and offered in foal to Champs Elysees - and the high-class Let's Dance (1,359), winner of two Grade 2 events in the familiar green and pink colours of Rich Ricci's wife, Susannah.

Last year's sale was topped by Airlie Beach who was sold in foal to Mount Nelson to Boardsmill Stud for €140,000.

FIRST PUBLISHED 6:17PM, NOV 10 2018
The catalogue boasts a wealth of eyecatching offerings, none more so than the Walk In The Park three-parts brother to iconic hurdler Hurricane Fly