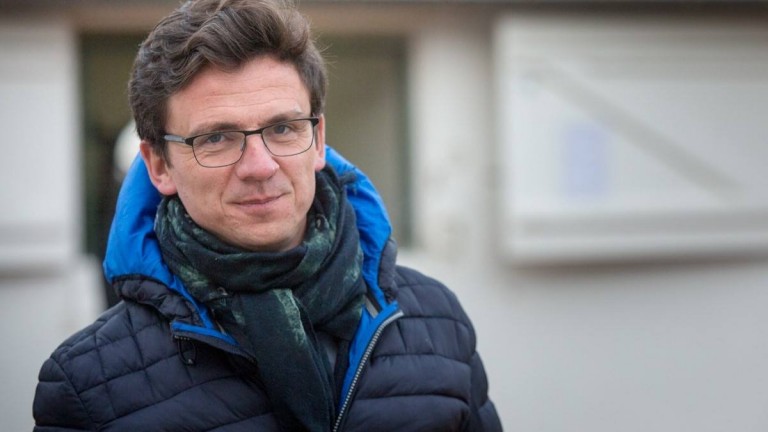 The winner of two of his three races to date for Criquette Head-Maarek, the homebred was sold by the stud for €280,000 at the Arqana’s August Yearling Sale in 2015. He joined Ectot as one of two top-level winners last year raised at the Normandy farm.

Monceaux' connection with the family of National Defense originated at the Tattersalls December Breeding Stock Sale in 2010, when it bought the colt's dam Angel Falls - a Kingmambo half-sister to Irish 1,000 Guineas second Anna Salai - for 130,000gns.

“We bought Angel Falls with some Greek partners as we thought she was an excellent prospect with a good pedigree,” said Monceaux manager Henri Bozo. “We then decided to send her to Poet’s Voice before Invincible Spirit, the mating that produced National Defense.”

Angel Falls is in foal to Siyouni, and will be visiting Shalaa this year, as one of four mares that Monceaux is sending to the recently retired Group 1-winning two-year-old at Haras de Bouquetot.

“We know that Invincible Spirit has already worked very well with her, and he is a horse I like a lot, who obviously had a lot of speed. He’s part of a group of young stallions that we are putting a lot of faith in,” said Bozo.

Grade 1 heroine Royal Highness, the dam of high-class Free Port Lux, and triple Grade 2 winner Naissance Royale are among the other Monceaux mares set to be covered by Shalaa.

Currently in foal to Golden Horn, she is joined on the trip back to Dalham Hall Stud by Prudenzia, another high-profile date this season for Dubawi.

Prudenzia's filly by Galileo topped the Arqana August Yearling Sale last season when selling for €1.4 million and is one of four yearlings out of the mare - dam of Irish Oaks winner Chicquita - to sell for seven-figures in Deauville.

Prudenzia is due to Muhaarar this season, one of a number in foal to the champion sprinter at Monceaux. Muhaarar will also receive Sasuela, a Dashing Blade half-sister to Samum and Schiaparelli who is the dam of former €1.2m Arqana August top lot Fadillah, this year.

Their dam Platonic will be covered by Le Havre at Haras de la Cauviniere. Another half-sister, Pacifique, a winner at Group 3 level, will be one of a selection of mares set to visit Dark Angel.

“We really like Dark Angel as a stallion, and feel that he will inject a bit of speed into our mares," said Bozo. "It is also the plan to send Some Spirit, Listed winner Calypso Beat and Silimeri to him,”

Silimeri, a Dansili half-sister to dual Group 1 winner Silasol, was bought for €420,000 as a maiden in Deauville last December.

Listed-placed Sansiwa, a half-sister to German Derby winner Sea The Moon, is one of three mares to be covered by Frankel this year, along with Secrete, a Wertheimer-bred Cape Cross half-sister to Group 1 winner Plumania. They will be joined by Grade 3 winner Marbre Rose, who is in foal to American Pharaoh.

Monceaux will also continue to support local young French sires including Siyouni and Intello, with recent acquisitions Forest Maiden and Qatar Power visiting the former, while the latter is set to receive Group 1 winner Alpine Rose, who is in foal to Monceaux homebred Charm Spirit.

L’Enjoleuse, the dam of Tweenhills sire Charm Spirit, will once again visit Invincible Spirit. Her yearling colt, a sibling to Charm Spirit, made €650,000 last August when bought by David Redvers on behalf of Sheikh Fahad Al Thani and his father Sheikh Abdullah.

Bozo said Monceaux has no grand plans to adjust the policies that have seen the stud rise to fame since offering its first homebred consignment in 2009. It will, however, tweak its winning formula.

“It is becoming more and more difficult to buy top-class mares, so we made a decision last year to start buying into some yearling fillies with nice pedigrees with our partners," he said. "This is a good way of getting into Group winners and supporting the French industry at the same time."

At Book 1 of the Tattersalls October Yearling Sale the stud purchased an Oasis Dream filly out of Silver Rain from the family of Goldikova for 180,000gns, as well as taking a share in a daughter of Dansili out of Just The Judge’s sister Amber Silk bought by Mayfair Speculators and Peter and Ross Doyle for 300,000gns.

Monceaux has also kept €1m August Sale buy-back Gratefully, a Dubawi filly out of Gracefully who was bought as a foal from Haras de la Perelle. She is now in training with Jean-Claude Rouget.

“In addition we have also acquired a little extra land, but the main focus is putting all our efforts into the quality of our broodmare band, our breeding, and our results on the track,” Bozo added.

Monceaux is now home to more than 50 mares.

FIRST PUBLISHED 3:49PM, FEB 4 2017
It is becoming more and more difficult to buy top-class mares, so we made a decision last year to start buying into some yearling fillies with nice pedigrees with our partners