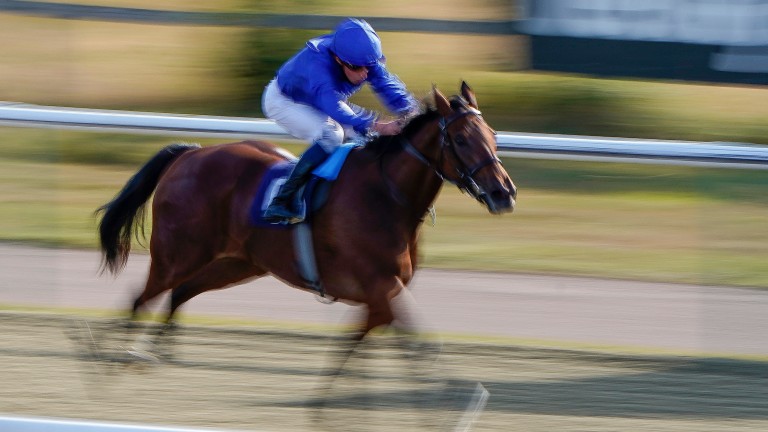 Nash Nasha, one of just three foals produced by Irish 1,000 Guineas winner Just The Judge, provided her with a first victory from the paddocks with an easy success at Lingfield.

His Qatar Racing had bought into the daughter of Lawman during her juvenile career and owned her with the Sangster family, but she went through the ring for 4.5 million guineas at the 2014 Tattersalls December Mares Sale, with China Horse Club taking over the Sangster share.

Nash Nasha, by the same sire, was a €1,000,000 foal purchase for Godolphin at Arqana and was getting off the mark at the second attempt under William Buick as an odds-on favourite in the Betway EBF British Stallion Studs Fillies' Novice Stakes.

Just The Judge was put down at Tweenhills in April last year following complications post colic surgery. She had produced a Galileo filly.

"The track was never going to suit her, she's quite a tall filly, but I like what she did," Buick told Sky Sports Racing.

"It was a bit new to her today but she's dealt with it now and she'll be a nice filly for the future."

FIRST PUBLISHED 5:42PM, AUG 5 2020
It was a bit new to her today but she's dealt with it now and she'll be a nice filly for the future