Amicable split as associates are set to consign separately in future 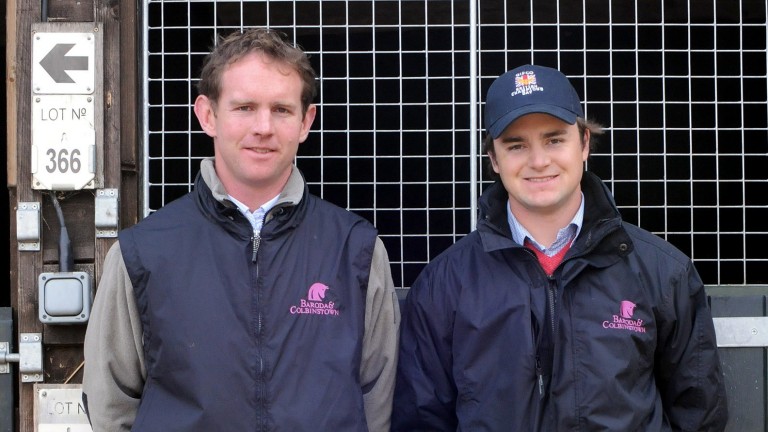 David Cox and David Myerscough, who have enjoyed a successful association operating under the Baroda and Colbinstown Studs banner for the last eight years, have brought their partnership to a close. Both will continue to consign horses but will do so separately.

A statement on behalf of the pair stressed that the split was amicable.

“This move is a natural progression in the evolution of their businesses but the friendship between the two remains as strong as ever, and they continue to own broodmares and youngstock together,” it said.

Among the horses to have emerged from the combined Baroda and Colbinstown Studs drafts are Prix Ganay hero and dual Arc place-getter Cloth Of Stars, Racing Post Trophy winner Marcel and the dual Grade 1-winning hurdler Champ.

Commenting on the development, David Cox of Baroda Stud said: “I've really enjoyed working with David and his family over the past eight years and we've achieved a lot together during that time.

“This is a natural and exciting development for Baroda and I'm looking forward to growing the brand and extending our client base. The first sale under our own banner will be the Goffs Land Rover Sale in June.”

David Myerscough of Colbinstown Stud added: “We both thought that now was a good time to go out on our own. We've been lucky to have had such wonderful support over the years.

“David and I are great pals and will remain so.”

Among the consigning highlights for Baroda and Colbinstown Studs were selling the Listed-placed Invincible Spirit filly Pocketfullofdreams to Phoenix Thoroughbreds for 1,000,000gns at the Tattersalls December Mares Sale last year.

That was the second 1,000,000gns transaction at that sale in two years, as the Grade 3-placed Duke Of Marmalade mare Modernstone was sold to Ballylinch Stud for that sum in 2017.