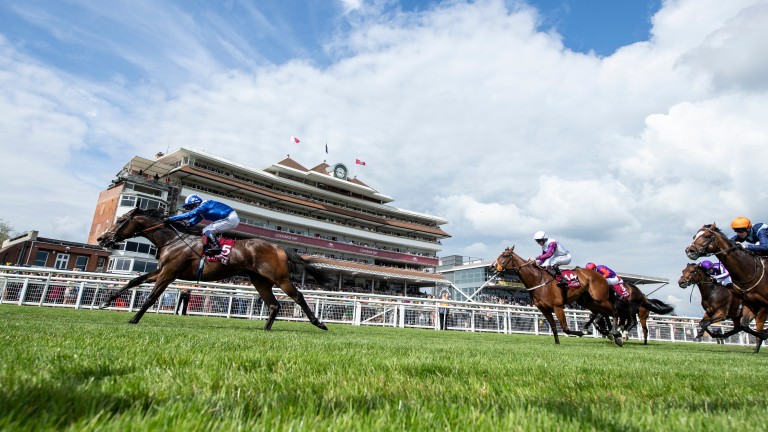 Now into his 11th season in service at Sheikh Hamdan Al Maktoum’s Derrinstown Stud, Tamayuz finally delivered his owner a Group 1 winner in his own colours as Mustashry rose to the challenge in the Al Shaqab Lockinge Stakes at Newbury.

The stallion himself has remained at a fairly consistent fee throughout his time in County Kildare [currently €12,500] and he had already produced three top-flight victors with other connections.

Most notable so far has been G Force, who took the 2014 Haydock Sprint Cup before embarking upon a short-lived career at stud and eventually returning to the track.

Tamayuz has also been responsible for Barbara Keller’s Blond Me, the well-travelled mare who claimed the EP Taylor Stakes at Woodbine on her penultimate start in 2017, and Precieuse, winner of the 2017 Poule d'Essai des Pouliches before a swift transfer to America.

A son of Sheikh Hamdan's consistent Nayef and a winner of the Prix Jean Prat and Jacques Le Marois for Freddy Head in 2008, Tamayuz has not been a prolific stallion in terms of numbers but has managed to find stakes winners on a regular basis including Flying Childers winner Sir Prancealot, now an in-demand stallion himself, and the popular Cup horse Desert Skyline.

Mustashry had provided three Group wins himself, in the Strensall, Park and Joel Stakes, having risen up the handicap ranks in the time-honoured style of his trainer Sir Michael Stoute. Although now six, this was only his second start in a Group 1 as he came two and a half lengths clear of Laurens.

Bred by Shadwell, he is out of the Green Desert mare Safwa, a half-sister to the classy Maraahel who won a Sandown maiden when in Stoute’s care.

She has already produced Munaaser, who showed similar early promise and went on to a good career in Dubai. There have been several other minor winning siblings and Safwa has a two-year-old filly by Shamardal named Rabaabah. Sadly she lost a foal this year after a return visit to Tamayuz.

FIRST PUBLISHED 5:23PM, MAY 18 2019
Tamayuz has also been responsible for Barbara Keller?s Blond Me, the well-travelled mare who claimed the EP Taylor Stakes at Woodbine