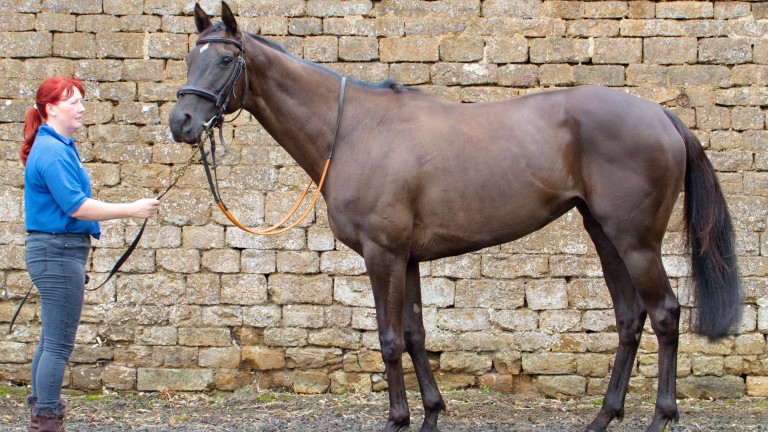 Musical Stardust: the final foal out of Royal Musical and a dual hurdles winner for Alex Hales
Alex Hales Racing
1 of 1
By Kitty Trice UPDATED 9:44AM, NOV 17 2020

Musical Stardust is not a name that immediately rolls off the tongue, but the recently-retired two-time winning hurdler certainly provided owner-breeder Jane Way with an adventure - albeit one that started on a tragic note.

Dusty, as she is affectionately known by those closest to her, was only three days old when her dam Royal Musical died following colic. She soon set out on a journey of her own after being hand-raised by Way.

Way, who currently has five of her own broodmares plus another of trainer Alex Hales's, recalls: "Her mother, who was the sweetest mare and a complete superstar, died when she was three days old and I couldn't find a foster mare, so I thought I had to get on with it myself.

"I managed to find someone who had a Highland pony foal that I ran her with and fed milk with every two hours. It worked really well. People said I was crazy hand-rearing her, she'd never be strong enough, but I proved everybody wrong."

It was a long path for Dusty from being an orphan to ending up a dual winner over hurdles, as Way explains, saying:

"At this point Alex, who I had horses with anyway, asked if he could have a go with her. It's all really down to Alex because he's a terrific trainer of fillies - he gets the best out of them, though she's also a real trier."

Dusty's two career triumphs came at her beloved Fontwell last summer, and she broke the course record at the West Sussex track in the process of gaining her second success.

Way added: "She won some races and was placed too - she even beat the course record at Fontwell - and she exceeded all expectations really.

"This season, and during lockdown of course, was a write-off as she only goes on a road - she doesn't do mud in the slightest! She's a bit of a fairy really."

With the seven-year-old's racing career behind her having retired after her final run in September, thoughts inevitably turn to Dusty's first partner in the breeding shed, although that part of the plan has yet to be formulated.

"She went into training with the idea that if she could win a race then she'd be worth breeding from, but she's got quite a good record - she paid for most of her training fees last season," says Way.

"I'd probably like something with a bit more size. She was Musical's last foal so that might explain why she was smaller. I don't want to send her to Ireland to be covered, but there's Planteur who has recently come over and is standing here."

"When he ran in a race, let alone won, he fulfilled Ned's prophesy for us" (£)

FIRST PUBLISHED 9:00AM, NOV 17 2020
People said I was crazy hand-rearing her, she'd never be strong enough, but I proved everybody wrong