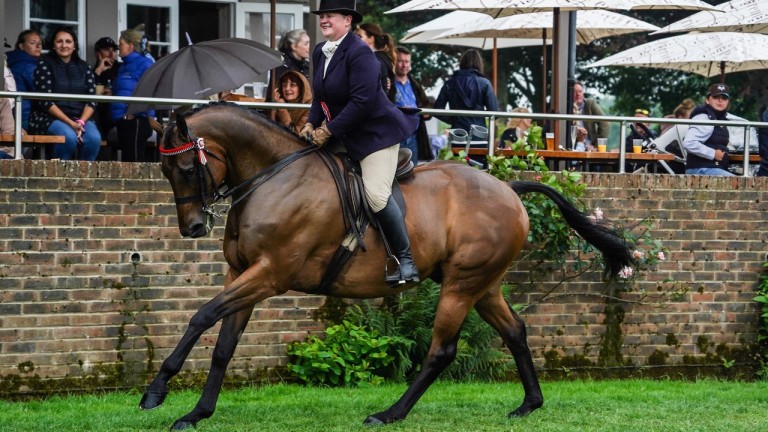 The cream of the current crop of former racehorses now plying their trade in the show ring gathered at Hickstead on Sunday for the final of the Tattersalls RoR Show Series, to see who would be crowned Tattersalls Elite Champion 2021.

The judges’ top four selections from the respective Flat and National Hunt divisions, contested earlier in the day, headed into the main arena to compete for one of the most prestigious and competitive awards in the calendar for former racehorses.

After much deliberation among the judges, Mumford, ridden by Collette McGoldrick, was crowned Tattersalls RoR Elite Champion 2021.

The nine-year-old gelded son of Stimulation out of Fraam mare Noble Nova was completing a rare double, having also been Supreme Champion at the RoR National Championships in 2019.

Mumford ran eight times on the Flat in a racing career that spanned four years. Initially trained by Richard Hannon, his final five races were under the care of Geoff Harker, with his final race being in July 2018, after which he was retired, still a maiden.

Just 13 months later, however, he was a champion in the show ring at the RoR National Championships, and now he has added Tattersalls RoR Elite Champion to his growing list of honours.

The Reserve Champion was Tikkskinned, a ten-year-old mare by Tikkanen out of Deploy's daughter Bucks Play and ridden by Will Morton.

The winner of the Tattersalls RoR Amateur Ridden Series was First Fandango, by Hernando out of Be My Chief mare First Fantasy, ridden by Hannah Chisman.

This was the first occasion that the amateur series had culminated at Hickstead. Included among those who qualified for Sunday’s finals but were not winners on the day were former Cheltenham Gold Cup winner Coneygree and popular chaser Monkerty Tunkerty.

The crowning of this year’s Tattersalls Elite Champion comes hot on the heels of a new sponsorship deal agreed by Retraining of Racehorses (RoR) and Tattersalls. Under the terms of the new sponsorship arrangement, Tattersalls has expanded its support of former racehorses to all six categories of the showing series staged by RoR.

In future the Tattersalls RoR Showing Series will incorporate more than 170 showing qualifiers held annually in Britain, with a geographical spread from Aberdeenshire to Cornwall.

Qualifying classes are held at county and royal shows, including Royal Windsor and the Royal Welsh Show, as well as at smaller venues, such the Blakesley Show and Wincanton Horse Show.

Di Arbuthnot, chief executive of RoR, said: “Tattersalls are wonderful supporters of RoR and have been involved with the charity’s showing classes from the very beginning. So it is very fitting that they are now to be associated with all six of our showing series.

“With over half of RoR’s database of former racehorses turning their hoof to showing, amongst other activities, this partnership with Tattersalls ensures the future of the RoR showing series and will enable each of the respective series to grow and have a wider reach throughout Great Britain.” 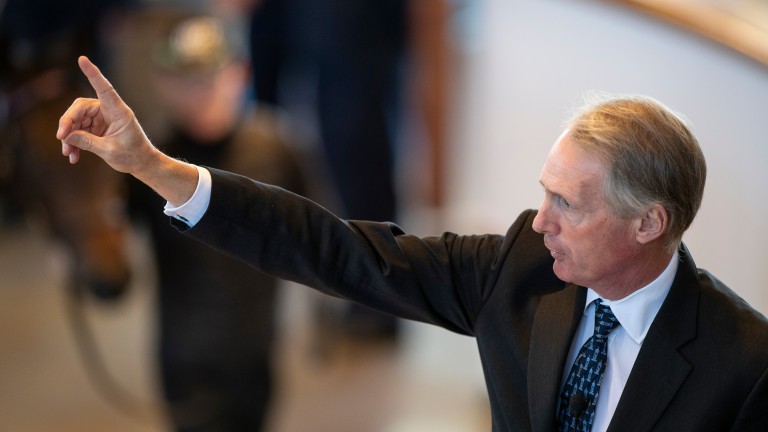 Edmond Mahony, chairman of Tattersalls, said: “Tattersalls have been longstanding supporters of RoR’s showing activities and are delighted to extend their support to include all six showing series organised by RoR.

“The full range of Tattersalls-sponsored classes, culminating in finals at Hickstead, the Royal Highland Show and the RoR National Championships, provide amateurs and professionals with so many opportunities to compete and thus promote the versatility and adaptability of racehorses following their retirement from racing, and we are very pleased to support RoR in staging these competitions.”

The individual winners of the Tattersalls RoR Showing Series and their respective divisions were:

Top-level breakthrough in Europe for Night Of Thunder

FIRST PUBLISHED 1:31PM, JUN 28 2021
Tattersalls have been longstanding supporters of RoR’s showing activities and are delighted to extend their support to include all six showing series