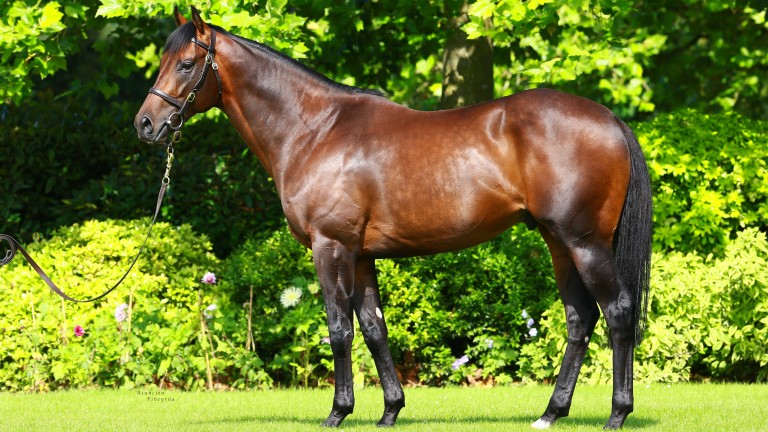 Muhaarar is one of the hottest properties around for commercial breeders and the champion sprinter is receiving strong home support from his owner-breeder Hamdan Al Maktoum's Shadwell Stud as well.

Eleven foals from the first crop of the Oasis Dream stallion were sold at auction in Europe last year and posted an average price of 210,000gns with an even higher median of 220,000gns – a remarkable return on his covering fee of £30,000, which has not changed since he retired to Nunnery Stud in 2016.

Shadwell is sending Muhaarar a dozen of its own mares this year, headed by its brilliant homebred Oaks and King George VI and Queen Elizabeth Stakes heroine Taghrooda, who was unfortunately barren to him last year.

Richard Lancaster, stud director at Shadwell, said: “It was an easy decision to send 12 mares to Muhaarar this year on the back of his exceptional first foals.

“We are clearly big believers in the horse but our own belief was backed up at the sales, where his foals were highly sought after, averaging a phenomenal 210,000gns.

“Unbelievably, his book this year is even stronger than in 2017, which is undoubtedly a knock-on effect of his quality first foals and the way they sold.” 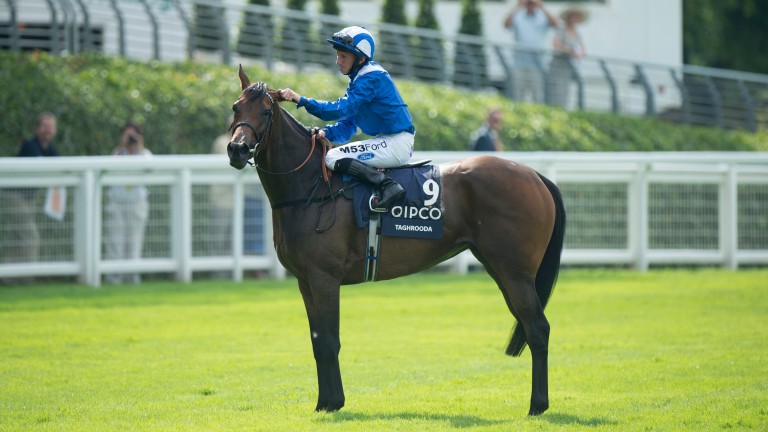 The Shadwell mares visiting Muhaarar also include 1,000 Guineas winner Ghanaati, who is due to foal to Invincible Spirit next month, and 1,000 Guineas third Gile Na Greine, who should deliver a Lope De Vega foal in the weeks ahead.

“Unfortunately we lost Muhaarar’s dam, Tahrir, last year, but she left an outstanding War Front colt who we can’t wait to see hit the racecourse in the coming years,” Lancaster added.

Among Tahrir's female produce in the Shadwell broodmare band is Rufoof, a dual winner by Zamindar, and she is set to be covered this season by Invincible Spirit in a mating that replicates the cross that produced the Irish National Stud flagbearer's best runner, Kingman.

Rufoof, who is also in foal to Invincible Spirit, will visit the sire along with Rumoush, the Classic-placed half-sister to Ghanaati who has produced the classy pair Muntazah and Talaayeb and is in foal to Frankel; Thawaany, a Group 3 winner and Prix Maurice de Gheest runner-up by Tamayuz pregnant to Invincible Spirit; and Ettisaal, a Listed-placed Dubawi half-sister to Tamayuz who will be having her maiden cover.

Frankel's court at Banstead Manor Stud is set to be graced by five Shadwell mares. They are headed by Majmu, a champion two-year-old in South Africa by Redoute's Choice in foal to Dubawi; Madany, a daughter of Acclamation who is the dam of last season's Hungerford Stakes winner Massaat and is in foal to Muhaarar; and the aforementioned Talaayeb, a Group 3-winning daughter of Dansili who is in line for her first cover.

Also Frankel-bound are Albaraah, a Listed-winning daughter of Oasis Dream who has produced the smart juveniles Alrahma and Efaadah who was rested last year, and Riqa, a Listed-placed daughter of Dubawi who is the dam of last season's Prix de Cabourg scorer Tantheem and is due to Muhaarar.

Bethrah and Natagora, winners of the Irish and British 1,000 Guineas respectively, are headed to Gilltown Stud for a tryst with Sea The Stars, the source of Taghrooda and Sheikh Hamdan's other star performers Mutakayyef and Hadaatha. Bethrah was rested from being covered last year, while Natagora has a Frankel foal on the way.

Ezima, the dam of Taghrooda, returns to Sea The Stars to repeat that fruitful mating – she is in foal to Awtaad – while Mubhirah, a Raven's Pass half-sister to Taghrooda, also visits the sire in order to produce another runner bred along similar lines to the great racemare.

Yaazy, a Listed-winning half-sister to the dam of Ribchester, completes the quintet of Shadwell mares to be covered by the son of Cape Cross.

Dalham Hall Stud doyen Dubawi has also been appointed to cover a draft of high-class mares from the operation this year – namely Asheerah, a Listed-placed daughter of Shamardal who is the dam of Irish 2,000 Guineas winner Awtaad and is due to Frankel; Aneen, a Listed-placed Lawman half-sister to Awtaad who is a maiden; and Rifqah, a daughter of Elusive Quality who has produced Group 2-winning sprinter Mustajeeb and is in foal to Dubawi.

The white hot Dark Angel is another stallion Sheikh Hamdan has enjoyed plenty of success with, having bought and raced his top-class offspring Battaash, Estidhkaar and Markaz.

Shadwell are getting into the Yeomanstown Stud resident at source by sending him Entisaar, a champion two-year-old in South Africa by More Than Ready who is pregnant to Muhaarar, and Maqaasid, a Queen Mary Stakes winner and 1,000 Guineas third by Green Desert.

Muhaarar is not the only homebred star that Shadwell is standing behind, as the Derrinstown Stud-based Awtaad is set to receive 11 mares including Dhelaal, the dam of dual Group 1 laureate Makfi; Cheveley Park and Coronation Stakes winner Indian Ink; and Zahoo, a half-sister to Yaazy who is the dam of Group 3 scorer Convergence.

Nine home mares are being sent by the nursery to Muhaarar's Nunnery Stud colleague Mukhadram, with six being granted to stalwart Nayef.

As well as looking forward to the first yearlings by Muhaarar and another batch of beautifully bred foals, it promises to be a fine year ahead for Shadwell.

Tasleet, runner-up in the Diamond Jubilee Stakes, Haydock Sprint Cup and British Champions Sprint last year, will be aiming to cement his stallion potential with a deserved Group 1 victory, while Battaash should be a tough nut to crack over the minimum distance judged on his dominant display in the Prix de l'Abbaye.

Sheikh Hamdan has a formidable Classic squadron, too, headed by Elarqam, the son of Frankel and Attraction who is unbeaten in two starts including the Group 3 Tattersalls Stakes, Gabr, an encouraging fifth in the Racing Post Trophy, and the lightly raced Listed runner-up Mutaaqeb.

Attraction and Frankel to meet again to repeat Elarqam success

FIRST PUBLISHED 2:39PM, MAR 3 2018
We are clearly big believers in Muhaarar but our own belief was backed up at the sales

Shadwell 'trimming' continues with more than 100 horses catalogued for July sale Find out how Frankel fuelled the pedigree of runaway Derby hero Adayar Who will win battle of the generations as Galileo and Frankel go head to head?