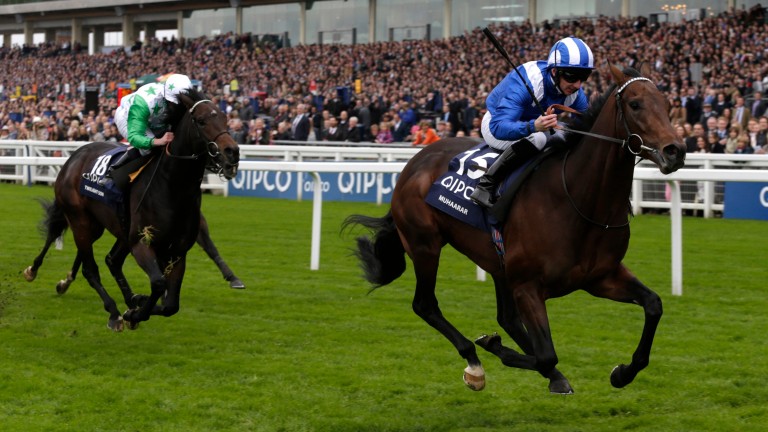 Four newcomers line up in the 13-runner 7f novice stakes at Kempton on Wednesday night (7.45), headed by John Gosden-trained Mr Marrakech, a Scat Daddy colt bred and raced by Alice and Lady Bamford, and the Charlie Hills-trained Wufud, a Dubawi half-brother to Muhaarar.

Hills also handled the racing career for the four-time Group 1-winning sprinter, with Jim Crowley booked to take the ride.

The pair could be given most to do by course-and-distance winner Barton Mills, an Iffraaj colt who returns to the all-weather, having not been disgraced when ninth in the Listed Rockingham Stakes at York in October.

In today's issue, the breeder of Capitalist is set to support Snitzel with a newly acquired mare from the Inglis Broodmare Sale

Monday night saw the sad passing of the Iron Horse, Giant's Causeway, after a brief illness at the age of 21.

He leaves behind a lasting legacy on the breed, having become champion sire by earnings in North America on three occasions and as sire of 16 Group / Grade 1 winners through his daughters.

Coolmore, and in particular Sue Magnier, are known for the clever nomenclature of the racehorses that pass through the gates of Ballydoyle, with Giant's Causeway named after a unique rock formation on the coast of County Antrim.

According to legend, the Irish giant Finn McCool built the causeway across the North Channel between Ireland and Scotland to meet with a challenger, leaving his mark on the seascape forever.

No doubt the Iron Horse will be remembered for a long time to come as well - five consecutive Group 1 victories saw him crowned champion three-year-old in Europe, while among his stallion sons are Footstepsinthesand and Shamardal.

FIRST PUBLISHED 8:00AM, APR 18 2018
Monday night saw the sad passing of the Iron Horse, Giant's Causeway, after a brief illness at the age of 21