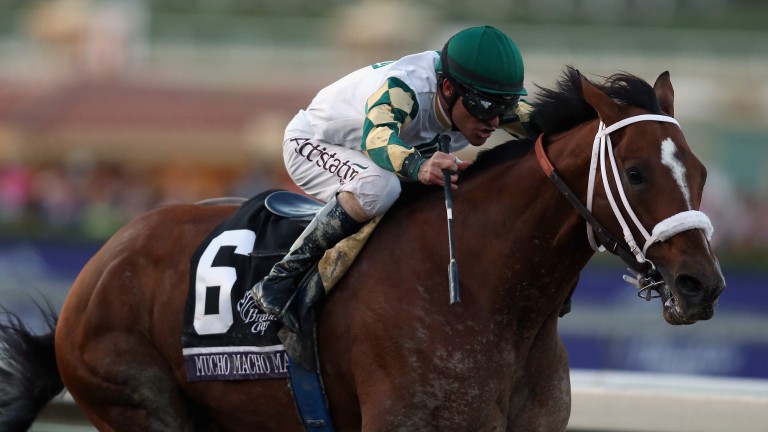 Reeves Thoroughbred Racing supported one of its favorite horses during the 11th session of the Keeneland September Yearling Sale on Friday, going to $170,000 to land a filly by Mucho Macho Man .

Reeves Thoroughbred Racing campaigned Mucho Macho Man to a victory in the 2013 Breeders' Cup Classic at Santa Anita Park. On Friday, Robby Harris did the bidding for the new owner.

"They're excited. She's a really nice filly," said Harris of the dark bay or brown filly who was consigned by Eaton Sales, agent. "By far, the standout (of the session). Just a real pretty filly who did everything right."

Offered as Hip 3745, the session-topping filly is a half sister to 2012 Florida Derby runner-up Reveron, who also earned a stakes win in five seasons of racing. Bred in Kentucky by Equus Farm, the filly is out of the winning Awesome Again mare Carolina Sunrise, who also has produced stakes-placed Carolina Mist.

The Mucho Macho Man filly was one of three six-figure yearlings to sell in Friday's 11th session of Keeneland September, which continues Saturday and ends Sunday. Though it's difficult to make a comparison to last year's 11th session (out of 12), sales were up 152 per cent to $5,313,000.

The other six-figure yearlings to sell Friday were:

For the latest racing and breeding news from North America, visit www.bloodhorse.com