Top-flight Irish-bred winner is now a sire in Argentina 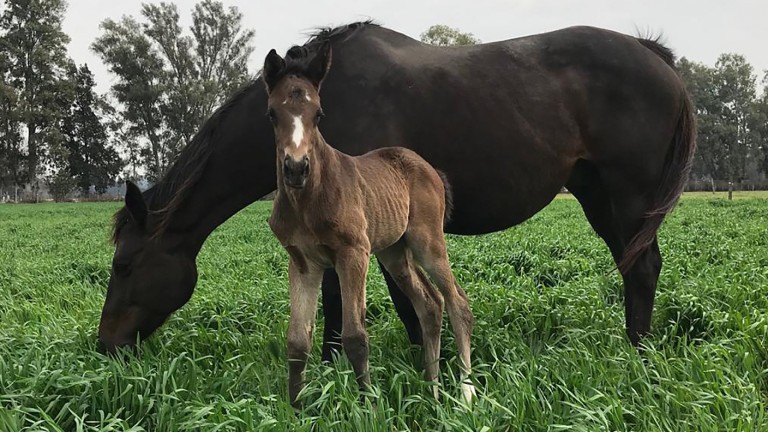 International warrior Mubtaahij, a durable son of Dubawi who was a Grade 1 winner in America and placed twice in the Dubai World Cup, has been given hormonal treatments in Argentina after experiencing fertility problems.

“We hope his fertility improves for the 2021 breeding season,” Romero said, adding that Sheikh Mohammed bin Khalifa currently intends to keep the earner of over $5.78 million in Argentina, where he has stood at Julio Menditeguy’s Haras Abolengo near Buenos Aires.

Argentine Stud Book records show that one foal, a filly, was born after Mubtaahij covered ten mares during the 2019 southern hemisphere breeding season. However, another filly has also been confirmed.

Romero said Mubtaahij was bred to three mares during the 2020 season.

Bred in Ireland by Dunmore Stud Ltd from the Pennekamp mare Pennegale, Mubtaahij was sold at the 2013 Arqana Deauville yearling sale, commanding €450,000 from Form Bloodstock. A half-brother to Prix de l’Opera winner Lily Of The Valley, he is from the family of Godolphin’s multiple Group winner Shakespearean as well as Group winners Rainbows For All and Al Jazi.

Mubtaahij raced in Britain, the UAE and United States over five seasons, earning in excess of $1m in three separate years. After failing in two starts on turf in Britain, the handsome bay found success on dirt.

Encouraged by those performances, the owner and trainer dispatched Mubtaahij to the 2015 Kentucky Derby, and he ran a fair race under Christophe Soumillon to finish eighth behind eventual Triple Crown winner American Pharoah. Mubtaahij followed up with a solid fourth in the Belmont Stakes.

In 2016, Mubtaahij chased winner California Chrome home in the Dubai World Cup, finishing ahead of American Grade 1 winners Keen Ice, Hoppertunity, Frosted and Mshawish. Back in America, he was beaten a head by Shaman Ghost in the Grade 1 Woodward Stakes. 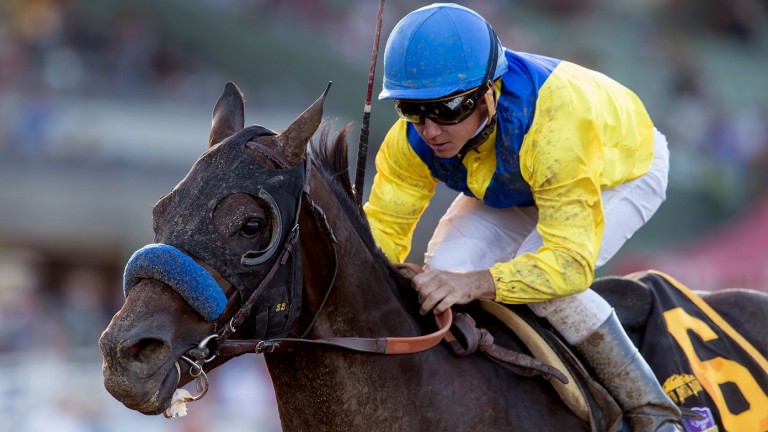 Mubtaahij collected his own Grade 1 trophy in the 2017 Awesome Again Stakes at Santa Anita while trained by Bob Baffert, and he went on to finish third in the 2018 Dubai World Cup won by Thunder Snow. In all his career yielded five wins and ten placings from 24 starts.

Romero said Sheikh Mohammed bin Khalifa currently has 29 mares and nine juveniles in training in South America, along with three stallions and weanlings and yearlings produced by the mares.

In addition to sending some of his South American-based broodmares to Mubtaahij, Sheikh Mohammed bin Khalifa continues to support Asiatic Boy, whose offspring include Vale Dori, a filly who won Grade 1 races in Argentina and the US and also raced in Dubai.

Sheikh Mohammed bin Khalifa also is breeding mares to his American multiple stakes winner Dabster, a son of Curlin who was a $1m juvenile purchase. Dabster was sent to Argentina in August 2020.

Read our stories on Khalid Abdullah:

James Delahooke on laying the foundations for a global giant