Moyglare jewels among a host of interesting maidens at Cork 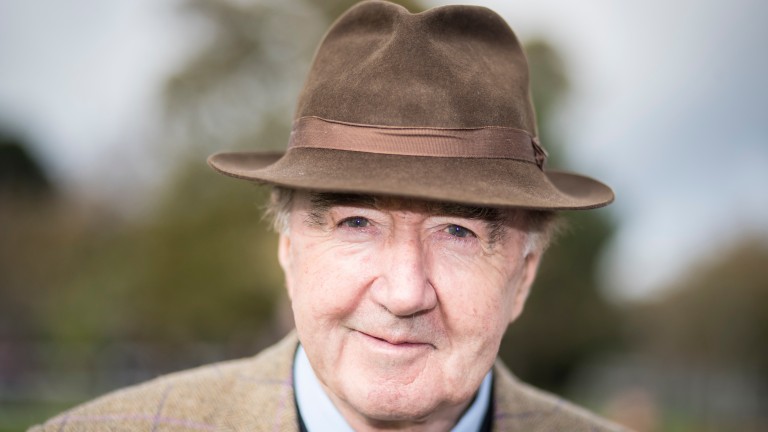 Cork’s eight-race Saturday card has attracted a plethora of entries across the board but the most interest for pedigree enthusiasts can be found in the finale.

Dermot Weld and Moyglare Stud have declared not one but two Dubawis from distinguished bloodlines, both of whom ought to be doing their best work at the end of the Join Us Here Again Tomorrow Maiden (5.20), over a mile and a quarter for three-year-olds.

Chris Hayes has been riding plenty for Weld of late and has been booked for Coeur D'Or, a son of the same connections' 2002 Ribblesdale winner Irresistible Jewel. Her daughter Princess Highway repeated the feat in the same Royal Ascot race a decade later, and furthermore the mare has achieved an Irish St Leger victory with Royal Diamond and Group 1 black type from Mad About You. There is also a two-year-old Dubawi brother registered with the name Desert Highway.

Both of those mares, and Princess Highway’s full sister, Sansibar Jewel, remain firmly among Moyglare's breeding plans for future generations.

Nostra Casa, meanwhile, is the mount of Conor Hoban. He is the final foal from Irish Guineas fourth Utterly Heaven, whose best progeny was the slow-burning Long Distance Cup winner and Gold Cup third Forgotten Rules. 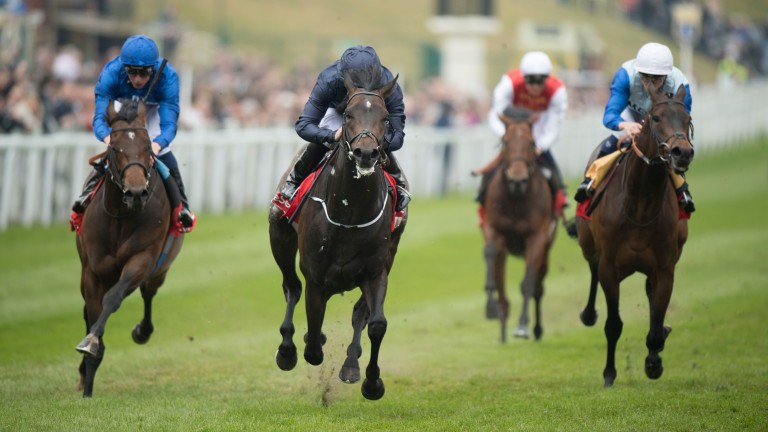 Deep Atlantic is the brother of the much-missed Cliffs Of Moher (navy)
Edward Whitaker
However, Aidan O'Brien looms large as a danger to the pair. He takes the wraps off Deep Atlantic, the third foal of Wave, a Dansili mare from the family of exceptional Henrythenavigator. He carries the colours of John Magnier’s mother Evie Stockwell and is a Galileo full-brother to Cliffs Of Moher, the versatile Derby runner-up who suffered a fatal injury in last year's Melbourne Cup.

Also representing O'Brien, and with the benefit of two promising runs already is the artistically named Gentile Bellini, a 2,000,000gns Tattersalls Book 1 purchase and the first foal of four-time Group 1 scorer Sky Lantern.

FIRST PUBLISHED 2:55PM, APR 19 2019
The mare has also achieved an Irish St Leger victory with Royal Diamond and Group 1 black type from Mad About You.