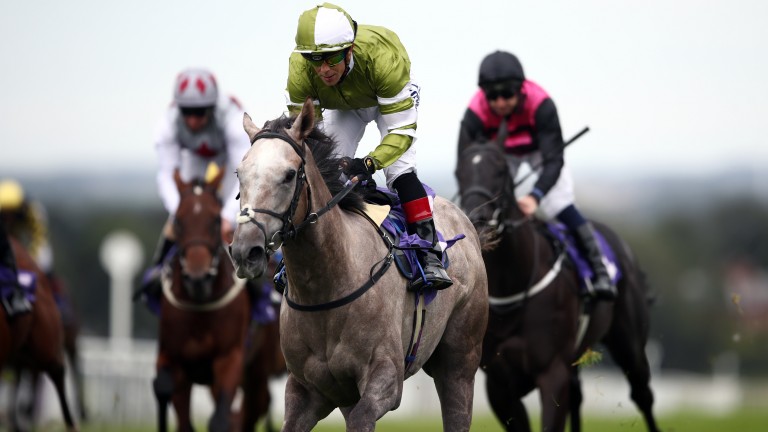 Tetragonal won her only start in Britain at Beverley before making an impression across the Atlantic
Tim Goode (Getty Images)
1 of 1
By Tom Peacock UPDATED 2:50PM, NOV 21 2021

Monday's Tattersalls December Yearling Sale provides a final shop window in the calendar for some of the biggest names in the game.

Mount Rousse Stud in County Cork is pretty far removed in size from the majority who will be using the Park Paddocks boxes but the event is of equal importance to the Gallagher family, who will offer a sibling of a filly who might be considered unfortunate not to have become a US Graded star.

Their representative, lot 193, is a Footstepsinthesand half-sister to Tetragonal, a daughter of Mehmas who won her sole start for Hugo Palmer in 2020 before joining the stable of Richard Baltas. Her most notable recent effort has been a third to smart performers Madone and Going Global in the Grade 2 San Clemente at Del Mar in July.

"Tetragonal has done really well. Marie Harding of Glen Stables sold her for us [at Tattersalls Ireland September Yearlings] and she won on her first day out before being sold on to America.

"She ran in the Surfer Girl, a Listed race, and was beaten only a neck by Madone, and actually she was one of the 12 declared for the Breeders' Cup Juvenile Fillies Turf but went lame the day before.

"We were very disappointed because Richard Baltas thought an awful lot of her, she ran her last race in a Grade 1 [Del Mar Oaks], he expected her to win it but something happened and she pulled up. 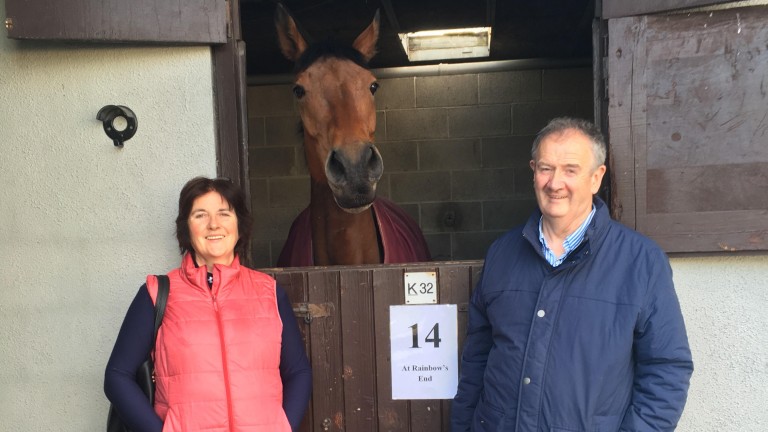 "Then she appeared in the sales at Keeneland the week before last, she made $200,000 but, as far as we know, she's going back into training, which would be fantastic. I think she probably will win a big one, the people who bought her send them to some big trainers, so we'll see."

Tetragonal's dam, Crystal Snowflake, was picked up for €20,000 unraced by Gallagher's wife, Mary, while the mare's other foal to have appeared so far, Clear Quartz, is also a winner in Ireland.

Of the yearling, Tony Gallagher continued: "Marie has prepared her again and she's done a wonderful job. We think she'll do quite well because she's very athletic, with a good temperament.

"I think the Danehill Dancer/Sadler's Wells cross in the mare seems to be very good. She's in foal to Ghaiyyath and we'll probably go back to Mehmas again this time."

Gallagher's daughter, Emma Jayne, plays a significant role and has been responsible for breeding the 2010 Irish Arkle winner An Cathaoir Mor from the stud, as well as continuing to produce foals from several of the chaser's siblings.

She also went to particular lengths to find a filly in Kazakhstan who had been sold by Mount Rousse before the family subsequently lost the significant broodmare Gift Of Spring without having any of her other daughters. Two years ago, Golden Temps' first foal by Ribchester made an impressive €100,000 at Goffs.

"I think there are 20 million people in Kazakhstan and my daughter managed to source her," says Gallagher.

"We sell the odd yearling and had a couple of foals in Tattersalls [Ireland] this month.

"One was a Westerner half-sister to Darling Miss, a three-time winner who Gordon Elliott trained, and the other was by Elusive Pimpernel, he's a half-brother to a good horse called Westerner Point, we got €33,000 for him and were very happy with that."

Last year's top lot was a 300,000gns Sea The Stars filly out of Oaks winner Talent, and that stallion has six still engaged including an obvious highlight.

The ill-fated Sea Of Class, who so nearly beat Enable in the Arc as well as claiming the Irish and Yorkshire Oaks, is one of this sale's greatest alumni and the catalogue features a full-brother (30) from Oak Lodge & Springfield House Stud. The mare, Holy Moon, has produced an incredible six more black-type performers in Italy. 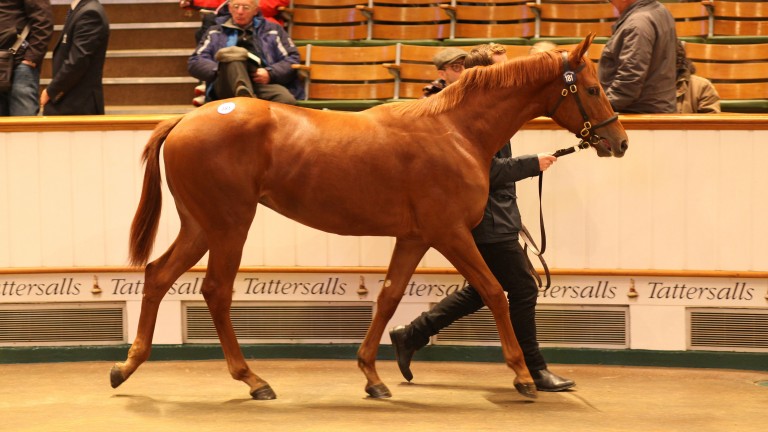 Sea Of Class: the dual Group 1 winner was sold at the 2016 December Yearling Sale for 170,000gns
Laura Green

The sale also features another significant consignment from Shadwell Estates, which is set to offload 14 quality yearlings.

They include a Lope De Vega colt from the family of Legatissimo and Fame And Glory (72), an Oasis Dream colt out of Natagora's daughter Raaqy (100) as well as a very closely related Tamayuz filly (120), and a Shamardal colt out of Prix de Ris-Orangis scorer Thawaany (138).

Galileos will become an increasingly scarce commodity and there is one in the catalogue, offered by New England Stud.

Triermore Stud has been breeding from the Prix de Sandringham winner Laugh Out Loud and offering her exclusive covers. This colt (47) is a full-brother to Platinum Warrior, who landed the Grade 2 San Marcos Stakes at Santa Anita.

When: Monday at 11am

FIRST PUBLISHED 1:36PM, NOV 21 2021
I think she probably will win a big one, the people who bought her send them to some big trainers, so we'll see