Mount Nelson on the move to Boardsmill Stud for 2017 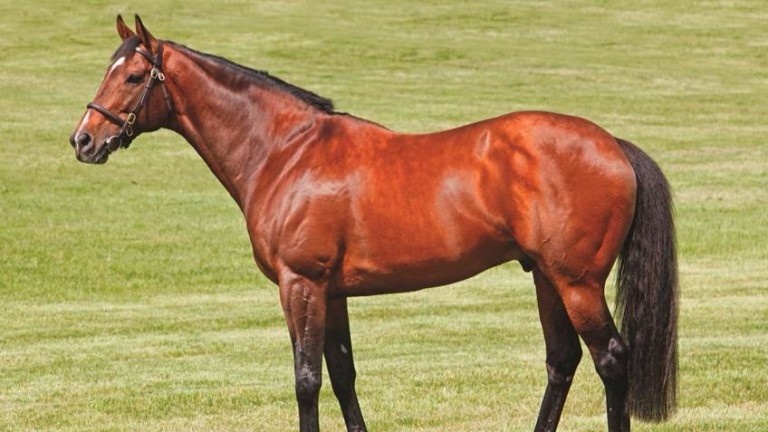 Mount Nelson, a dual Group 1 winner and sire of Group 2 scorer Berkshire, has been purchased by William and John Flood's Boardsmill Stud in County Meath to take up stallion duties as a dual-purpose sire for the 2017 breeding season.

The 12-year-old previously stood at Newsells Park Stud and the deal was brokered by Barry Lynch of Kern Lillingston Bloodstock.

A son of Rock Of Gibraltar, Mount Nelson was trained by Aidan O'Brien to win the Group 1 Criterium International and the Group 1 Eclipse Stakes.

More recently Mount Nelson has had made his mark in the jumps sphere with the Willie Mullins-trained Penhill winning a Grade 3 novice hurdle earlier this month and three-time novice hurdler Allee Bleue.

John Flood said: "We had been following Mount Nelson's progress at stud for quite a while and when I went to see him I was hugely impressed. He is a real good-looking imposing individual with great presence and is the most fantastic walker.

"His strike rate with his Flat runners and his stakes winners/runners statistics are up there with some of the leading Flat sires. His progeny are tough and improve with age, so it is no surprise to see plenty of them making their way into the big National Hunt trainer's yards. It is also very encouraging that there seems to be no bias between his colts and his fillies with over half of his stakes performers being fillies."

A fee for Mount Nelson will be announced at a later date.

FIRST PUBLISHED 5:27PM, OCT 26 2016
He is a real good-looking imposing individual with great presence and is the most fantastic walker