Antonio Caro was busy securing yearlings at the October Sale 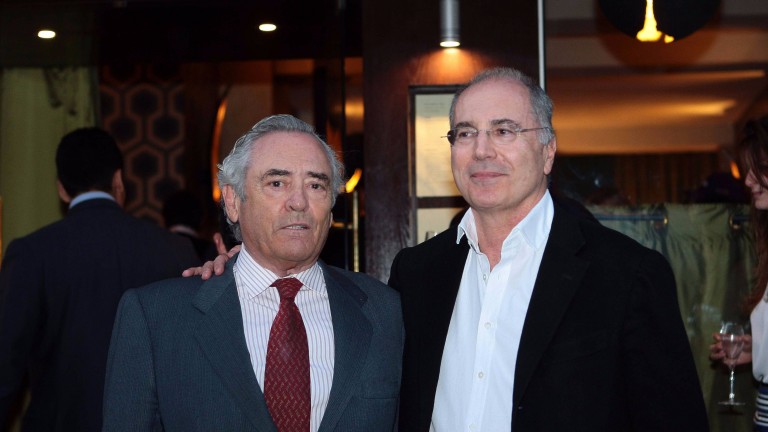 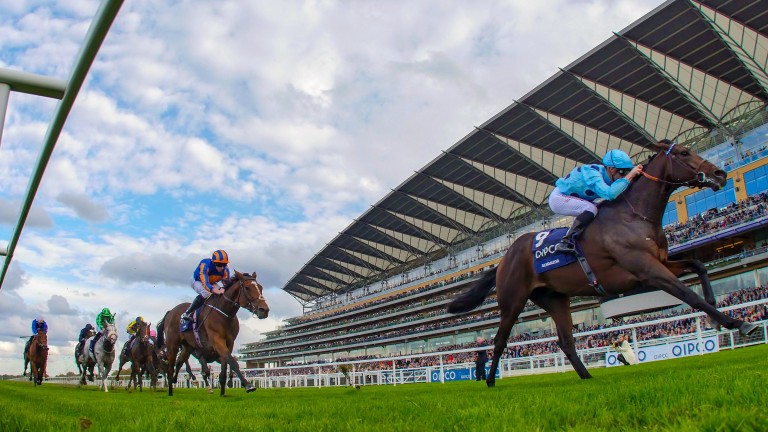 In 2016 the blue spotted silks of Antonio Caro lit up the European Flat season for the second time in three years, as Almanzor surged to a trio of memorable Group 1 victories.

Yet if you are struggling to remember the owner leading him in at Chantilly, Leopardstown or Ascot, that is because he wasn’t on course for any of those wins, nor those of La Cressonniere, in whom he also shared dual Classic success with Gerard Augustin-Normand, though the silks were the cream and violet of his partner.

Sightings of Caro on the racecourse tend to be limited to Zarzuela in his native Spain or the south west of France, a region that has played a big role in his love of racing that spans over four decades.

On Tuesday he made a rare appearance to watch Ascot Angel run a fine second in a conditions race, but it is not the racecourse at Deauville-Touques that has brought Caro to town, but Arqana’s Elie de Brignac sales complex across the road.

Sitting above the ring where both Almanzor and Avenir Certain were both purchased, Caro still marvels at the run of exceptional horses he has been involved in recently, the latest being Olmedo, who trainer Jean-Claude Rouget will aim at the Poule d’Essai des Poulains and the Prix du Jockey Club next year, having recently chased home Happily in the Prix Jean-Luc Lagardere.

"I think Olmedo was beaten by an extraordinary filly who was also perhaps a bit more streetwise than him," says Caro. "I hope he has a bright future ahead of him at three, likewise the one that just ran well, Ascot Angel. Hopefully we can keep the run going." 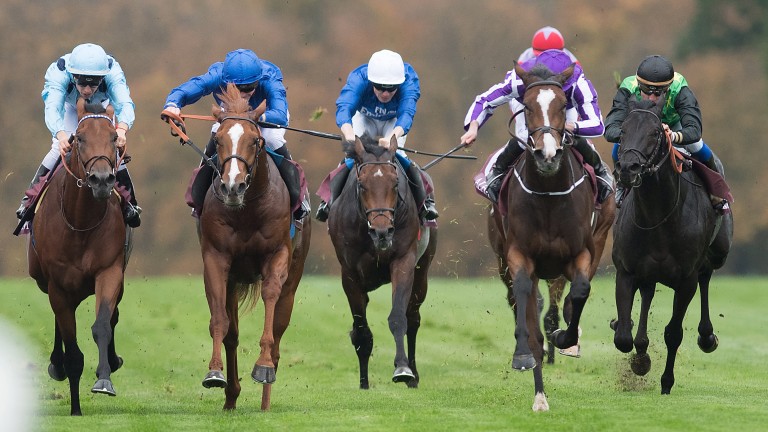 While Caro was watching Ascot Angel, the already-named Avenir Classique passed through the ring - a timely reminder of her near-relative Avenir Certain's key part in changing the course of Caro's racing life.

"She was mine and Jean-Claude Rouget encouraged me to take a partner in her and suggested Gerard Augustin-Normand," he says. "It worked out very well and I discovered that Gerard and I understand each other very well. And it just went on from there with La Cressonniere and Almanzor and now of course with Olmedo. I’ll keep on having horses with him and I love it."

A colt by Rajsaman, Avenir Classique is out of a half-sister to Puggy, the dam of the Pouliches-Diane double-winning Avenir Certain.

Sylvain Vidal signed at €90,000 and, sure enough, his boss Augustin-Norman will share the colt with Caro, with Rouget to oversee the colt's training.

Avenir Certain was sold to Japan, as was La Cressonniere, but with Almanzor now set to stand at his birthplace of Haras d’Etreham, Caro could potentially be in position to move into the broodmare business, though he claims he has been in the game long enough to resist such a temptation.

"I have had many attempts over the years at breeding but it never really worked out well and I now know it's not for me," he says. "I prefer to continue trying to pick out nice horses at the yearling stage, hopefully with a bit of the same luck that I've had in recent years.

"I've been going to sales for more than forty years. In the early days it was with Gilles Forien and now with his successor at Agence FIPS, Herve Bunel, as well of course with the trainers. I love studying their pedigrees and their physique and to make my choices. Avenir Certain was sold by Sylvain and it was me who she was bought for." 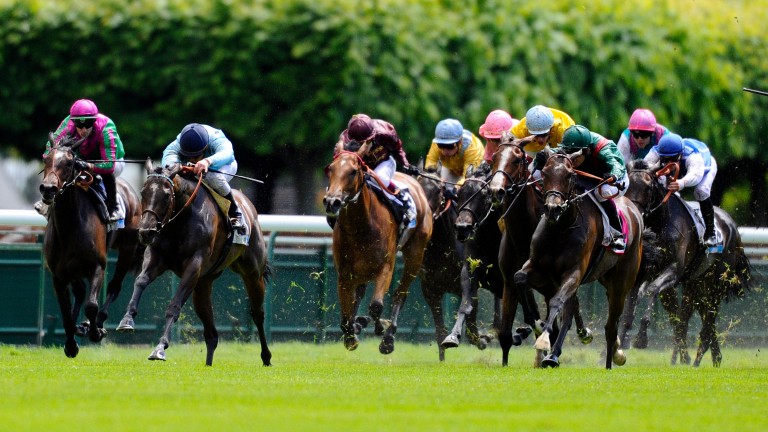 While Bunel is a key figure in acquiring new stock and managing the string, Caro also enjoys working with his trainers, as is evidenced when scanning a list of the horses that he will have either sole ownership or a share in that have been bought at the October Sale.

As well as Avenir Classique, Rouget bought a Style Vendome filly for €50,000 before offering it to Caro.

A Monceaux-consigned son of Charm Spirit will also carry his colours having been bought by trainer Christophe Ferland for €75,000, while Xavier Thomas-Deamaulte secured a €65,000 Camelot yearling that will be raced by Caro and Augustin-Normand jointly.

"I have a few more horses than was previously the case and I'm up from 15 to around 30. I wouldn't want to get any bigger than that and it's enough for me to be able to have fun with them and to follow their progress. That's what I like, to be able to keep up with how they run."

When a horse does carry his silks the chances are he has been tracking it for some while.

A double column of lot numbers in the back of his catalogue reveals Caro's preferred targets and he is unafraid to mention the colt that has really taken his eye, a Siyouni colt from Haras du Quesnay due to go through the ring just before the close of play on Tuesday.

Unfortunately his and Bunel's opinion is widely shared and the colt ends up topping the session at €140,000, with Caro out of the running behind a trio of pinhookers.

As important as this week is in terms of recruitment, it also marks the anniversary of Almanzor's scintillating win in the Champion Stakes at Ascot, a memory that remains imperishable even from the vantage point of his television screen in Spain.

"The whole experience was incredible and I would never have dreamed of winning a Champion Stakes with one of my horses. If I'm ever lucky enough to have another one good enough to go there then that would be great. But they would need to be of a very high level as there's no point going with anything other than the best."

Should lightning strike again, there is perhaps a better chance than previously that Caro himself will be on hand to join the celebrations.

If you enjoyed this you should read...

Powerful purchasing partnership forged in a PMU bar in Lyon

FIRST PUBLISHED 6:50PM, FEB 6 2018
I have had many attempts over the years at breeding but it never really worked out well and I now know it's not for me