Operation's David Futter believes he ticks all the boxes 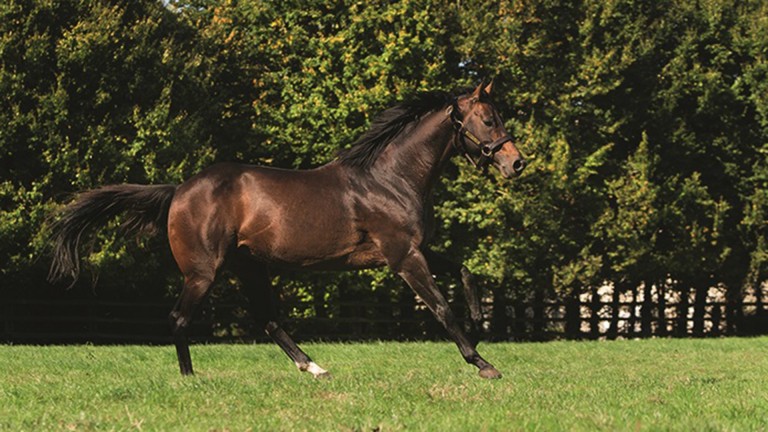 Masterstroke has joined Yorton Farm Stud after making a highly-promising start to his career as a sire.

A son of the great stallion and sire of sires Monsun, ten-year-old Masterstroke was foaled by Melikah (Lammtarra), a half-sister to the phenomenal Flat sires Galileo and Sea The Stars, and also to leading jumps stallion Black Sam Bellamy.

Masterstroke was bred by Darley and has been standing under its banner at Haras Du Logis in France since he retired from racing – his oldest crop are four-year-olds and already include seven individual winners over jumps in France.

Among them is Floridee, who has won Listed and Group 3 races at Auteuil. His successful Flat foals include Medyna, winner of the Hungarian 1,000 Guineas.

At September’s Yorton Sale, held in conjunction with Goffs UK, two-year-old sons of Masterstroke sold for £22,000 (to Gabriel Leenders) and £28,000 (Dan Skelton).

In the 2019 breeding season he was very well supported by some of the leading French jumps breeders, covering 93 mares.

Yorton Farm Stud’s David Futter said: “Masterstroke is a stallion we have been trying to secure for some time now and we are grateful to Darley for letting us purchase him. Bloodstock agent Richard Venn provided valuable input.

“It is very difficult to acquire a stallion of Masterstroke’s calibre who ticks all the boxes that we like to see in a jump stallion. He is the most wonderful looking horse with a great temperament, which is so important, and his pedigree could not be any better.”

A fee for Masterstroke will be announced shortly.

Breeders can view Masterstroke, plus another recent Yorton Farm Stud recruit, Scale (Lando), at a stallion parade and show of young stock at the stud on December 18. Also parading will be Gentlewave and Pether's Moon.

FIRST PUBLISHED 2:07PM, OCT 24 2019
Masterstroke is a stallion we have been trying to secure for some time now and we are grateful to Darley for letting us purchase him