Miss Lara will debut at Deauville on Wednesday 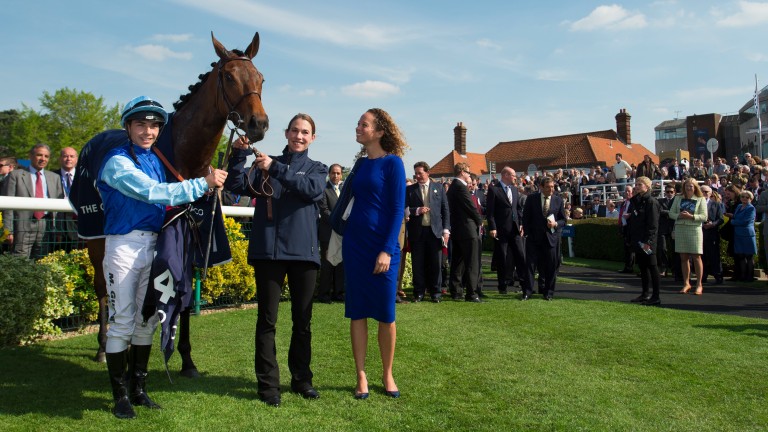 The owner and trainer behind Miss France - the 1,000 Guineas heroine of 2014 - will team up once again as her first foal by Galileo contests the Prix de Firfol for unraced juvenile fillies at Deauville on Wednesday (12.55 local time/11.55 BST).

Bred by Dayton Investments, Miss Lara is the third generation of her family to be trained by Andre Fabre for the Wildenstein family and will face 11 rivals on debut, with Pierre-Charles Boudot the jockey entrusted with the ride.

Her Classic-winning dam is one of five winners out of the Prix Marcel Boussac heroine Miss Tahiti, along with the Listed winner Mer De Corail.

Miss Tahiti also achieved placings in the Prix de Diane, Prix Saint-Alary and Prix Vermeille, and is a daughter of Tirol, who completed the Anglo-Irish Guineas double in 1990.

Miss France has visited Galileo every year since retiring to stud and also has a yearling filly named Miss Saigon.

Closer to home Eva Maria, a Sea The Stars half-sister to Group 2-winning juvenile and Rathbarry Stud resident James Garfield, has been declared for the 1m Sri Lanka Wonder Of Asia EBF Novice Stakes at Thirsk (4.10).

Eva Maria will line up on debut in the familiar yellow and black silks of her owner-breeders Bill and Tim Gredley.

Extra day added to Sportman's Sale due to increased demand