Miracle foal by Martaline could capture hearts at Fairyhouse

Ollie O'Donoghue speaks to Dominic Burke who bred the colt 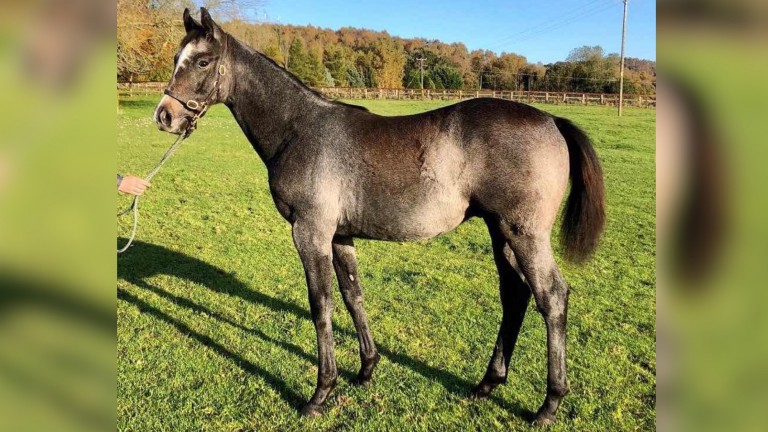 One foal who has overcome the odds to appear at the Tattersalls Ireland November National Hunt Sale this week is the Martaline colt out of Miracle Maid, who is consigned by Goldford Stud on behalf of owner-breeder Dominic Burke.

The April-foaled youngster (lot 551) had a tough start in life when losing his mother to post-foal colic at a week old, and only pulled through thanks to the careful nurturing of Sally Aston of Goldford Stud and a foster mare imported from Ireland.

Burke recalls: "Miracle Maid and her foal were taken into Leahurst veterinary hospital in Cheshire and they decided they had to operate on the colic. They didn't have to remove anything but just to straighten her out.

"For a short period of time we thought that was going to work, but then they had to operate on her again and sadly she had to be put down.

"The foal was clearly struggling without his mother and we were quite fearful we were going to lose him. Sally Aston sat up every hour and didn't go to bed for literally 72 hours. Sally has got this incredible sense and feeling for these young foals. She stayed with it and kept him alive. 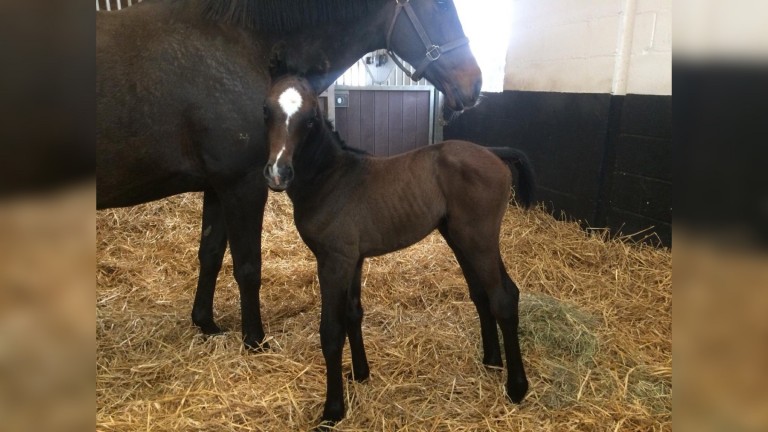 "We had a foster mare shipped over from Ireland and the chap who sent her over told us she was the best foster mare in Ireland. She arrived and was magnificent, accepting the foal straight away. The colt was dehydrated and hadn't got the nourishment he needed, but he came round.

"The foster mare was unbelievable - she just stood and let the foal feed from her, and within a week he was bombing around the paddock.

"He has a zest for life, he certainly fought for it, and look at him now - he deserves to be a champion and hopefully he will be."

The colt certainly stands out on pedigree, with his dam Miracle Maid a winning half-sister to the Champion Hurdle hero Katchit, the Lingfield Oaks Trial winner Miracle Seeker, and the Pertemps Final runner-up Prince Erik, all of whom were bred by Burke, with Miracle Seeker also having carried his colours.

What is more, the colt's yearling half-sister by Authorized was crowned supreme champion at the TBA National Hunt Foal Show at Bangor, while his two-year-old Martaline full-sister was runner-up the previous year.

Goldford Stud will also offer an April-foaled Getaway colt (576) on behalf of Burke, out of the Grade 2-placed novice hurdler Baby Shine.

Completing its four-strong draft is a Walk In The Park colt (550) out of a half-sister to Petticoat Tails, and a Kapgarde half-brother (577) to the Listed hurdle winner Fou Et Sage. 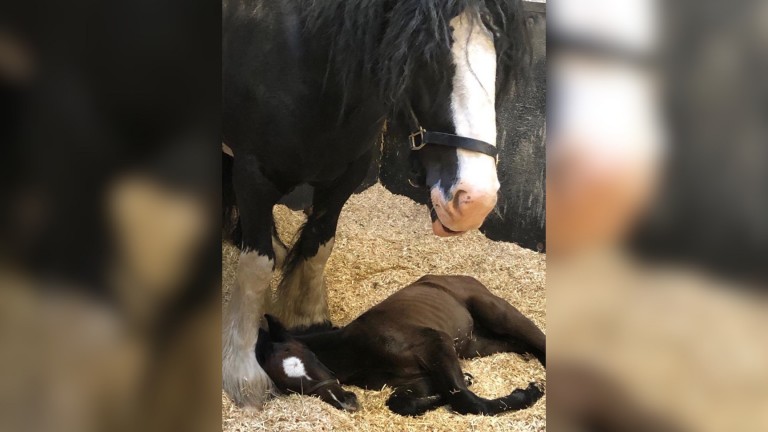 "I breed with a view to keeping the fillies and I sell the colts, so invariably it's the plan to sell them as foals," says Burke, who is chairman of Newbury racecourse and vice-chairman of global professional services firm Marsh & McLennan.

"The Martaline colt has improved markedly and is a cracking-looking colt, so he should be well received. He's one of the last Martalines and we're keeping our fingers crossed.

"I'll be sad to see both colts go as I'd be very happy to race them, but I'm running a commercial stud. They're both going there to be sold but they certainly won't be given away."

Burke has quietly been assembling a jumps broodmare band of the highest order, with Topham Chase winner Ma Filleule purchased for €220,000 on his behalf by Richard Aston at last year's Arqana December Sale. 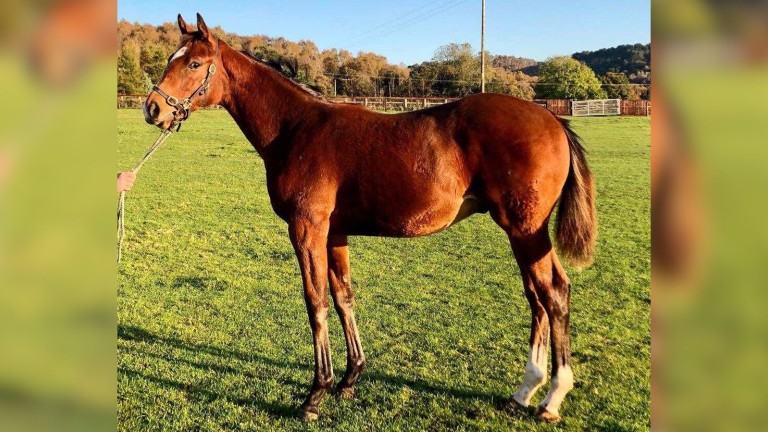 Burke has another exciting broodmare prospect in his homebred Martaline mare Papagana, who was an emphatic winner of a Listed novice hurdle at Doncaster on her most recent start.

There is also the Listed-placed hurdler Brise Vendeenne, who is a Dom Alco half-sister to Vroum Vroum Mag, and the winning chaser Stonelight, by Ballingarry.

Among the mares Burke owns in partnership is the dual Grade 3 hurdle winner Polygona, whose Poliglote full-sister Floressa is progressing through the ranks nicely for Nicky Henderson.

"I used to have my own stud but was too much of an absentee landlord, so decided to sell off the land and buildings," says Burke. "I've still got Flat mares in partnership with the late Guy Roxburghe at Floors Stud and keep my jumps mares with Richard and Sally.

"I'm really focusing my energy on National Hunt now - previously I bred for both codes - and hopefully we've got a few champions in the paddocks right now.

"My ambition would be to have a Cheltenham winner by a homebred, and in particular the mares' race. We've come second in the Jewson with Isn't That Lucky, who I bought as a foal and later bred from that family, so we've come close but not close enough."

Burke pinpoints two homebreds - Miracle Seeker and Diamant Noir - for providing him with his biggest thrills as an owner-breeder.

"When Miracle Seeker won the Oaks Trial, that was magic," he says. "My other great highlight was when Jonjo [O'Neill] trained my homebred mare Diamant Noir to win the Grade 2 River Don Novices' Hurdle at Doncaster, which she won by 27 lengths."

Burke also has the distinction of having bred a Royal Ascot winner in Habaayib, who struck in the Albany Stakes, and a Champion Hurdle winner in the aforementioned Katchit. 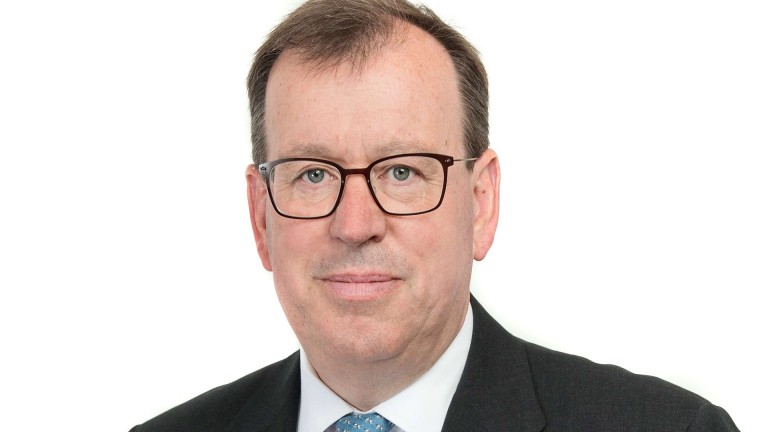 Dominic Burke: "When Miracle Seeker won the Oaks Trial, that was magic"

"Habaayib, when she won the Albany, was just sensational," he says. "I was still playing cricket at the time and told all my cricket pals to back her and they were all on at 33-1. We probably had more confidence than her trainer. She was a good, solid, powerful mare.

"Katchit's owner David Bellamy is a good friend of mine and we raced a few of his siblings together. I don't think I could have felt any more happy and joyous and thrilled and excited as I did when he won the Champion Hurdle.

"When you breed horses, you get this vicarious enjoyment as much as if you owned them.

FIRST PUBLISHED 4:00PM, NOV 10 2019
The foster mare was unbelievable - she just stood and let the foal feed from her, and within a week he was bombing around the paddock

South-west breeders to the fore as awesome Honeysuckle scoops up more silverware Malone goes to £50,000 for 'beautiful' Secret Scripture at Goffs UK Frankel's son Westover among those aiming to follow in Too Darn Hot's footsteps Hope springs eternal but unearthing a Tiger Roll or Sceptical is not the norm Half-brothers to Gear Up, Star Of Emaraaty and Shutter Speed among standout lots Eldrickjones and Apollo One head Tattersalls August Online Sale offering